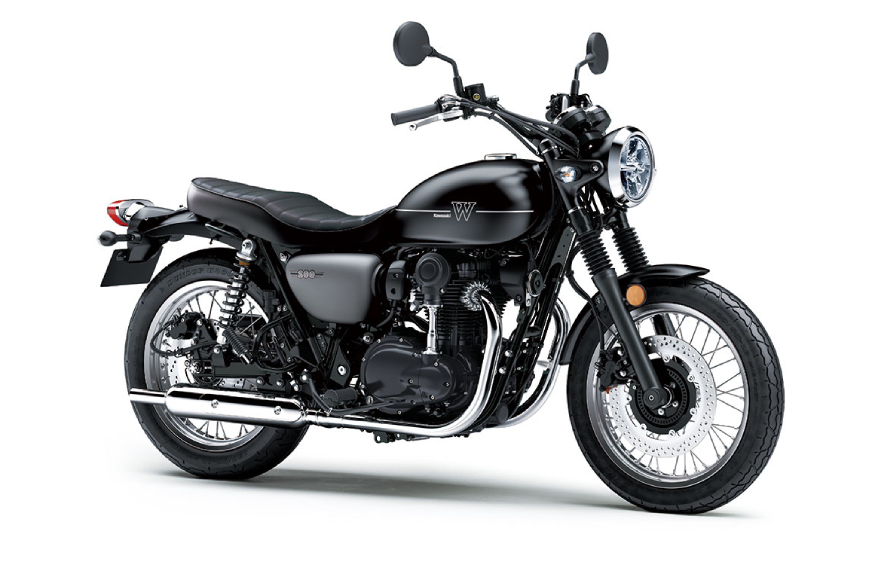 The retro-styled Kawasaki W800 was launched in India in July 2019 as a credible rival to the likes of the Triumph Bonneville Street Twin and Bonneville T100. However, at a steep price of Rs 7.99 lakh (ex-showroom) the W800 did very little for the Japanese company. Kawasaki India has just revealed updated BS6 model prices, as of April 1, 2020,and the W800 is now listed at Rs 6.99 lakh, which is a full Rs 1 lakh price drop.

A visit to the Kawasaki website reveals that not much has changed on the bike and all the specifications remain more or less the same. The Kawasaki W800 is a modern version of the brand’s classic W series models that took liberal influence from old-school British vertical-twin-cylinder motorcycles. A vertical-twin is essentially a parallel-twin with a 360-degree crank (which means both pistons rise and fall together), instead of the traditional 180- or 270-degree cranks we’re seeing in more and more modern machines.

Further enhancing its uniqueness, the bike uses an old-school, bevel-gear cam drive. This system uses a set of gears with curved teeth on the crankshaft that turn a propeller shaft running vertically up the right side of the cylinder. This propeller then meets another set of bevel (curved) gears that connect to the camshaft. With the propeller shaft clear to be seen, it looks quite cool, but such systems are known to produce a fair amount of heat. However, we haven’t yet had a chance to ride the W800 to find out if that’s the case with this bike.

The W800’s 773cc, fuel-injected, SOHC, air-cooled unit makes 52hp at 6,500rpm and 62.9Nm of torque at 4,800rpm, both figures that are unchanged from the BS4 unit. With its 5-speed gearbox, the specifications may appear a little underwhelming, but it’s worth bearing in mind that this bike is more about the classic riding experience rather than sheer speed and power

The style is straightforward retro, but with clean and minimalist front and rear fenders, unlike what you’ll find on most classic motorcycles. The twin-pod instrument cluster continues to be very simple, with a rev counter and a speedometer, along with a small LCD display. As with the 2018 model, most of the chrome has been replaced with blacked-out components, including the wire-spoked wheels. If you like this design philosophy, Triumph will be launching its Bonneville T100 and T 120 Black Editions in June, and both bikes will get a similar blacked-out treatment as well.

There isn’t much new-age technology, but you do get a full-LED headlamp and a slipper clutch. The bike comes with dual-channel ABS, but unlike the competition, there’s no traction control. Suspension is taken care of by a 41mm telescopic fork and twin shock absorbers. The wheels continue to measure 18 inches at both ends, but they are now wrapped in MRF tyres.

At this price, the Kawasaki W800 will be a much more tempting proposition, especially when compared to its direct rival, the Triumph Bonneville T100, which is priced at Rs 8.87 lakh (ex-showroom). However, Triumph also has the Street Twin to consider, which is priced more closely at Rs 7.45 lakh (ex-showroom). Moreover, Triumph has announced that it will be raising the prices of most of the range in July.

More carmakers hike prices in May 2021