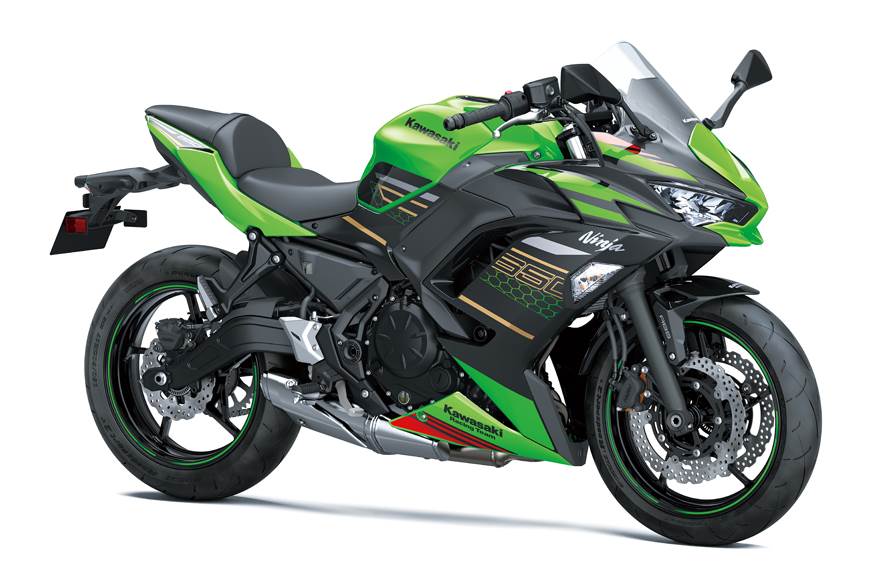 Just days after dealers began accepting bookings, Kawasaki has launched its BS6-compliant 2020 Ninja 650 at Rs 6.24 lakh (ex-showroom, Delhi). This is an increase of only Rs 35,000 over the 2019 model, and it’s much lower than what the company previously indicated.

Powering the 2020 Ninja 650 is the same 649cc parallel-twin engine, with the only difference being to the revised exhaust and airbox. The power figure remains unchanged at 68hp, but torque has gone down slightly from 65.7Nm to 64Nm. The kerb weight, meanwhile, remains the same at 196kg.

For 2020, the new 650 gets a redesigned front end that’s similar to the one on the recent Ninja 400, ZX-6R and Versys 1000. Sat within the longer nose is a twin-LED headlight. The side fairings have also received a slight makeover and the Ninja 650 now looks noticeably sharper than it did before. Also new in the region is a redesigned windshield that is flush-fit with the upper cowl. The design changes continue to the rear too, with a wider and thicker pillion seat.

Kawasaki had earlier revealed tentative pricing of the upcoming BS6 Z650 and Z900, and we expect the company will now undercut those prices as well.