Chinese smartphone maker iQoo is making its way to India and the company has already announced the launch date of its first smartphone here, the iQoo 3. The iQoo 3 launch will take place on February 25 which is only a few days away. The company has now teased a video of the official hands-on of the smartphone in China, where the brand is part of Chinese electronics giant Vivo. In this video, the box of the iQoo 3 can be seen but the company has blurred out the smartphone to keep its design a secret (at least with live images) till its official launch. Separately, it has unveiled a new video that showcases the smartphone’s design in renders, showing off the quad rear camera setup, textured back panel designs,

iQoo on Thursday posted another teaser video, this time, showing off the back panel of the phone, confirming the innovative quad rear camera module. A 48-megapixel camera is clearly seen as well. You can check it out in the video screenshot below. Textured rear panels with different looks can also be seen, one with a criss-cross pattern and another with a what looks like a paint-splattered option. 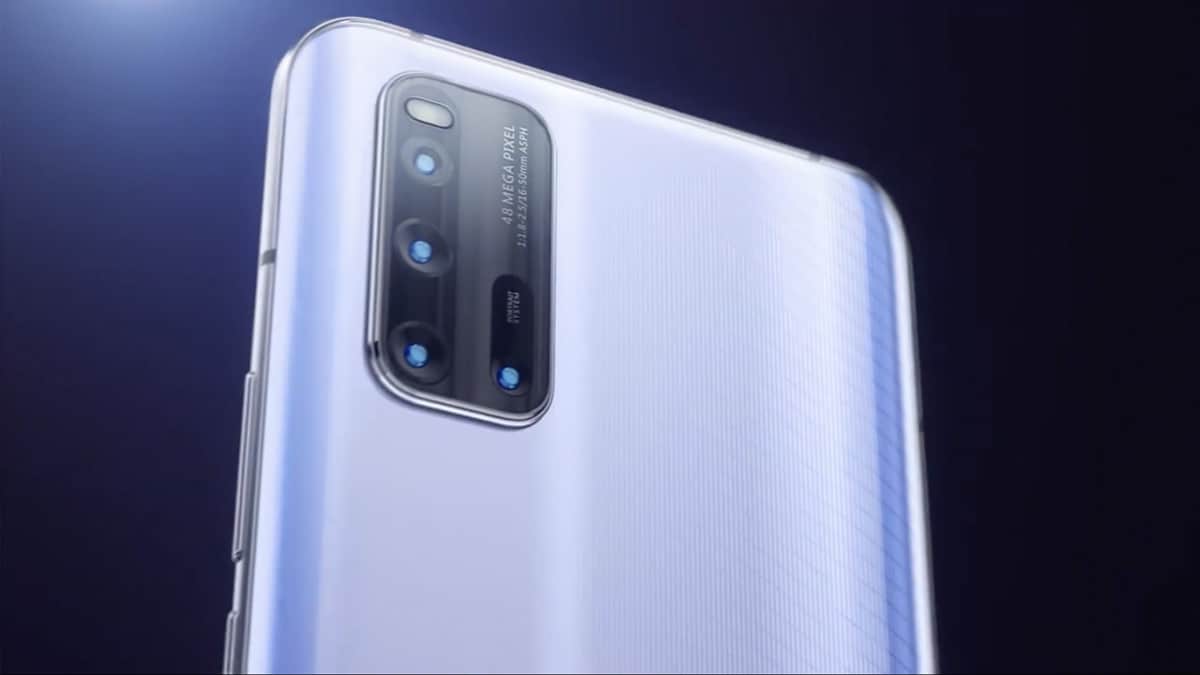 While now the iQoo 3 is confirmed to pack a quad rear camera setup with a 48-megapixel primary shooter, details of the other sensors are not known. The iQoo 3 will also sport 5G connectivity and is expected to be among the first few smartphones in India to support the network.

The iQoo 3 sports a hole-punch display that measures 6.44-inches and sports full-HD+ resolution. The smartphone is powered by a Qualcomm Snapdragon 865 SoC and is tipped to sport 12GB of RAM. It is expected to run iQoo UI on top of Android 10. An official teaser had also revealed that the iQoo 3 will come with UFS 3.1 storage. The smartphone is said to pack in a 4,400mAh battery and is said to support 55w fast charging.

With the launch scheduled for next week, we wouldn’t have to wait for very long for more details on the iQoo 3.

Can Samsung Galaxy S10 Lite, Note 10 Lite dethrone OnePlus 7T? We discussed this on Orbital, our weekly technology podcast, which you can subscribe to via Apple Podcasts or RSS, download the episode, or just hit the play button below.