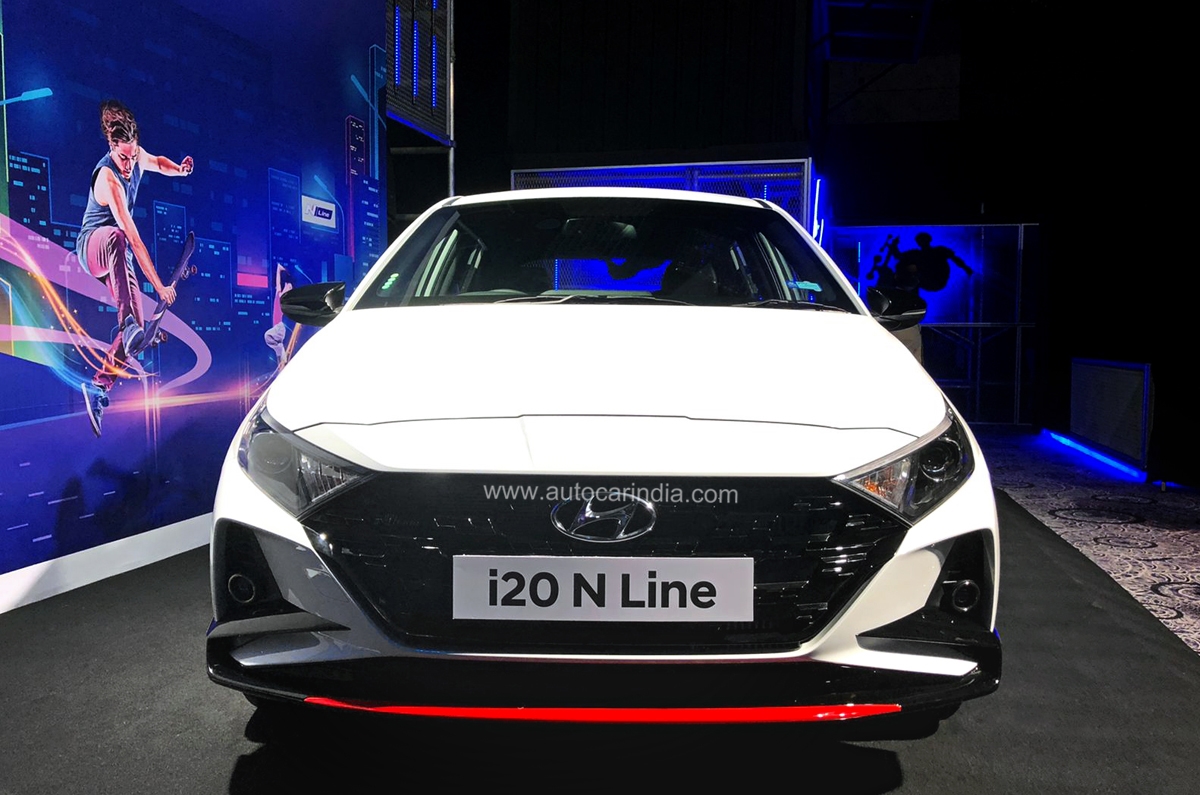 
Earlier this week, Hyundai unveiled the i20 N Line in India, debuting the brand’s N performance division in our country. Hyundai has now revealed that prices for the i20 N Line will be announced on September 2, 2021.

The i20 N Line is a sportier version of the regular i20, with the upgrades primarily being cosmetic. On the outside, the i20 N Line gets sportier looking front and rear bumpers, a new grille with a ‘chequered flag’ inspired design, additional front and side skirts, new wheel design, dual-tip exhaust pipes and red accents all around with several blacked out bits. The N Line also gets new colour options.

On the inside, the i20 N Line gets new leatherette seats with chequered flag design, a bespoke N steering wheel, N-branded gear levers and sporty metal pedals. The interior also gets several red accents and red ambient lighting. Hyundai has also added new voice command functions and offers 16 free OTA map updates. Other than these changes, the equipment list is identical to top-spec trims of the regular i20.

Under the hood, the i20 N Line will only be offered with the 120hp, 172Nm, 1.0-litre, three-cylinder turbo-petrol unit. Transmission options include the 6-speed iMT or 7-speed DCT gearbox, with the latter now getting paddle shifters. While the engine configuration and tune are identical to the standard car, Hyundai has stiffened the suspension and retuned the steering for better handling and a more planted drive at higher speeds. Importantly, the car also gets four disc brakes as against only front disc brakes on the regular i20.

With the i20 N Line launching on September 2, it will be the new top-spec model in the i20 range. Currently, the range tops out at Rs 11.40 lakh (ex-showroom, Delhi) for the Asta(O) turbo-DCT variant. Expect the N Line to cost Rs 1-1.5 lakh more. For its price, the Hyundai i20 N Line will not have any direct competitors in India.