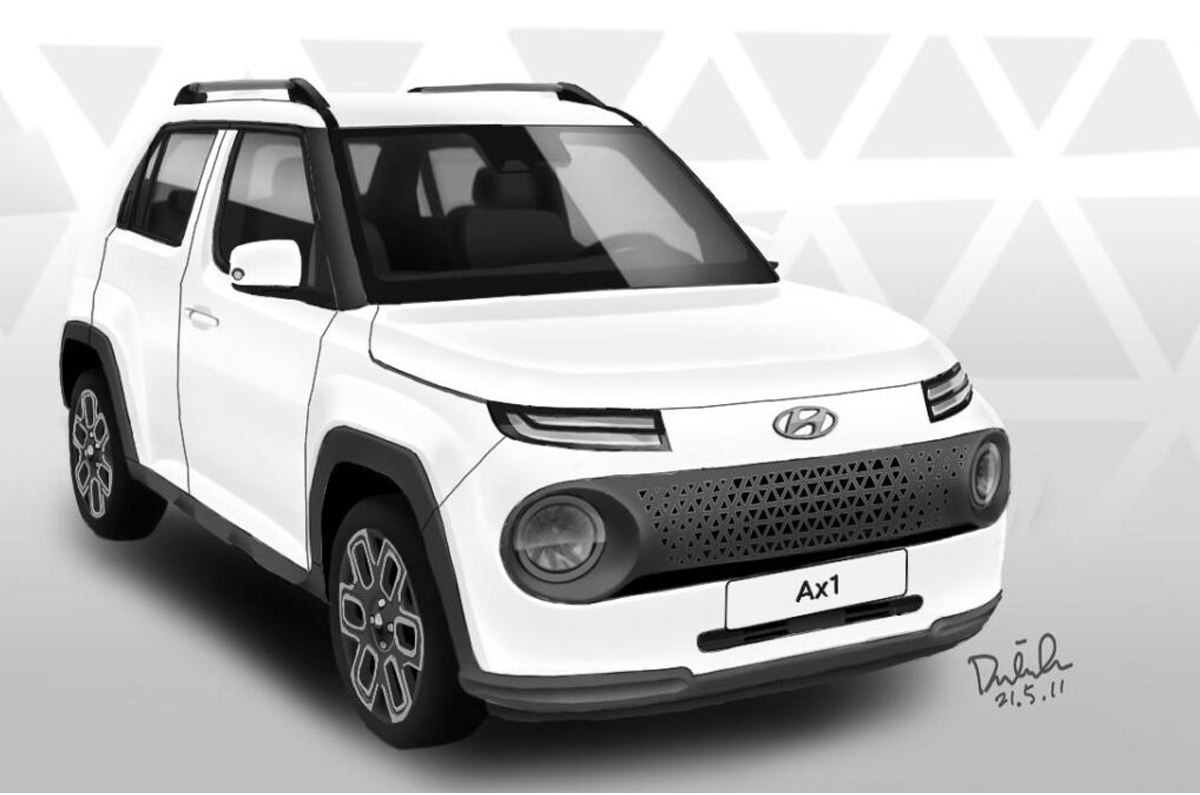 Last month, we had reported that Hyundai’s upcoming micro-SUV (codenamed AX1) will be called the Casper. Now, ahead of the model entering production in September, we have some fresh details about the micro-SUV’s engines. The Casper will first go on sale in Korea, followed by other emerging markets such as India.

A leaked document has revealed that the Hyundai Casper will come with the choice of a 1.0-litre naturally aspirated and 1.0-litre turbo-petrol engine in Korea. The naturally aspirated unit will produce 76hp and will come mated to a 4-speed automatic transmission as standard, while the 1.0-litre TGDI turbo-petrol engine will produce 100hp and is the same unit that’s offered with the Venue in India. This too will come mated to a 4-speed automatic gearbox.

That said, it remains to be seen what engine options Hyundai will offer with the Casper in India. While the 1.0-litre turbo-petrol unit could be reserved for higher variants, to keep costs down, Hyundai might offer the Nios’ 1.2-litre four-cylinder engine or even the Santro’s 1.1-litre three-cylinder motor. The Casper will see competition in India from the upcoming Tata HBX micro SUV, which will come equipped with a 1.2-litre petrol engine. As far as transmission choices go, a manual gearbox option will definitely be a part of Casper’s India line-up.

Hyundai Casper: what else is known?

The Casper will be Hyundai’s smallest SUV in its global portfolio, which means it will be smaller than even the sub-four-meter Venue. It’s based on the K1 compact car platform that also underpins the Grand i10 Nios and the Santro in our market.

The Casper has been spied testing abroad numerous times, although heavily wrapped in camouflage. Still, spy pictures have revealed several unique design elements, like the split setup for circular LED headlamps with DRLs, triangular motifs on the LED tail-lights, and even the overall upright and boxy silhouette that looks quite quirky. The spy shots also reveal that the Casper will come with white upholstery for the interior.

Hyundai is expected to unveil the Casper in Korea next month, following which it will enter into series production. The Casper will first go on sale in Korea, with India is expected to be one of the next markets for its launch. In India, the Casper directly rival the upcoming Tata HBX and will also go up against high-riding hatchbacks like the Maruti Suzuki Ignis.