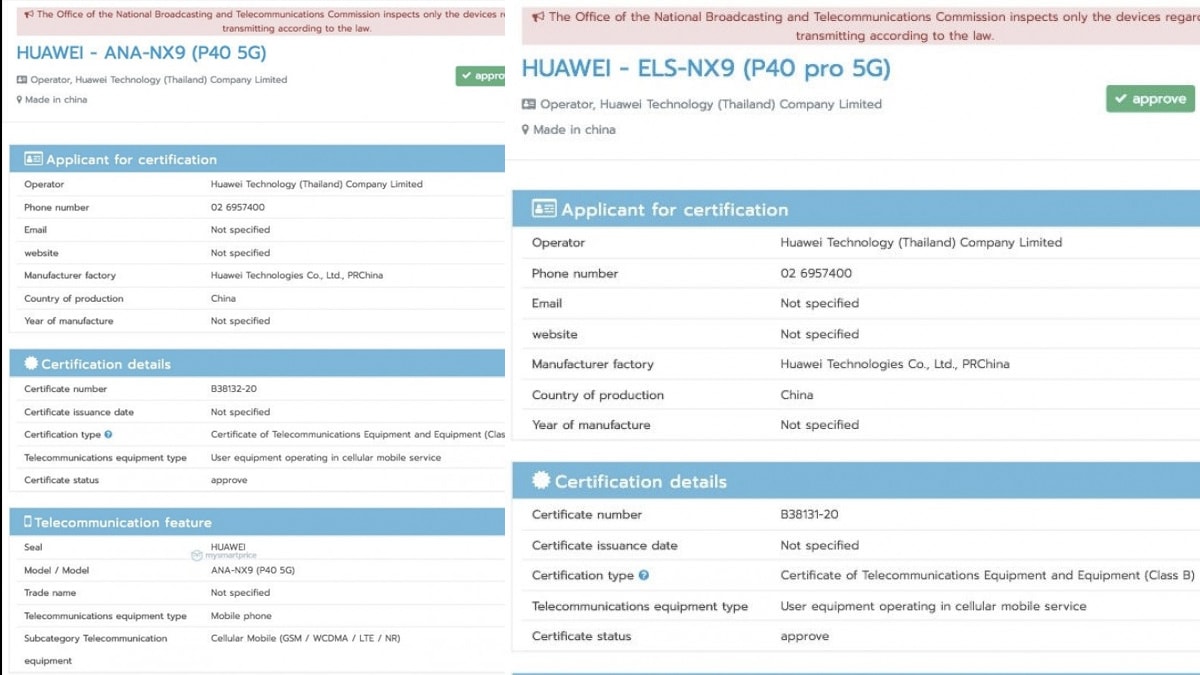 Since these devices have been certified for 5G we can assume that they sport the Huawei Kirin 990 5G chip. The Kirin 990 5G is the most powerful chip that Huawei has on offer and is expected to power all the three smartphones in the Huawei P40 series.

Huawei’s P40 series is expected to raise the bar for smartphone photography like its predecessors, the P30 series did. Recent leaks tipped that the Huawei P40 Pro will come with a custom RYYB sensor and have a second-generation Periscope Zoom Camera.

The Chinese smartphone maker recently launched the Huawei P40 Lite in Spain silently which was also expected to launch alongside the other smartphones. The Huawei P40 Lite packs a quad camera setup at the back and is powered by a Kirin 810 SoC. The phone was also running the latest version of EMUI on top of Android 10.

With the Huawei P40 launch event scheduled for March 26, we only have a few days to go for the official launch where all the details of the Huawei P40 series will be revealed.

Google Pixel 5 and 4a 5G tipped to launch on September...