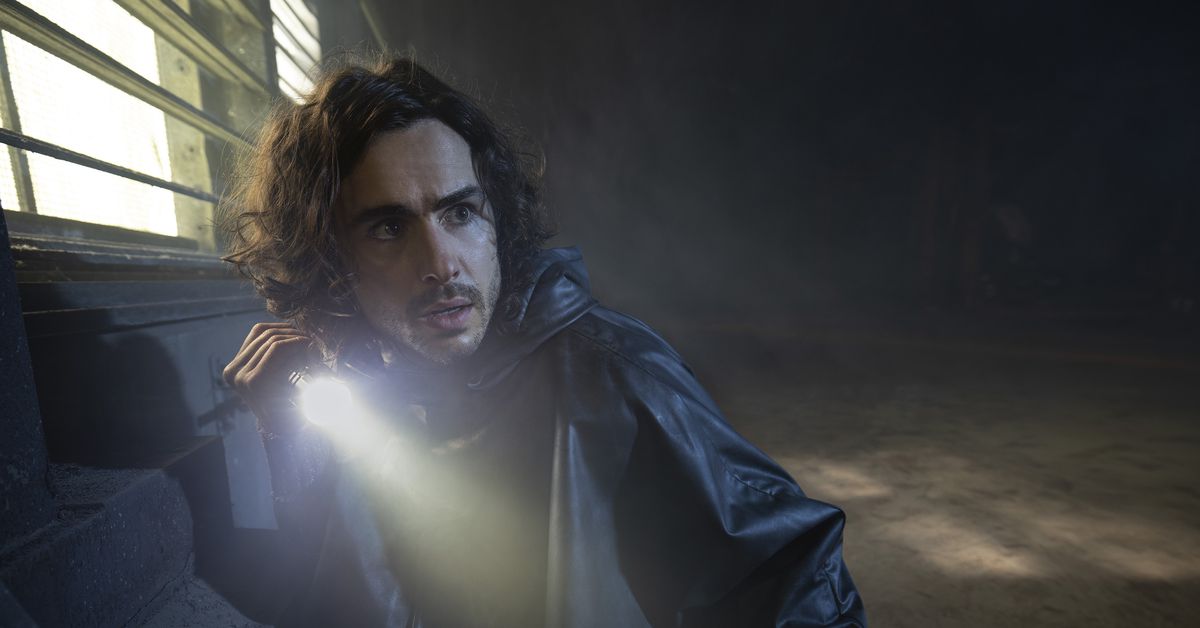 
After spending more than a decade in some stage of pre-production, FX’s Y: The Last Man is available on Hulu, starring Ashley Romans as Agent 355, Diana Bang as Dr. Alison Mann, Diane Lane as President Jennifer Brown, and Ben Schnetzer as the eponymous Yorick Brown. The show is a weighty adaptation of Brian K. Vaughan and Pia Guerra’s DC/Vertigo Comics series, which was surprisingly comedic for a story that began with an enormous global tragedy: One day, without any warning, every mammal on earth with a Y chromosome dropped dead. Only our leading man, Yorick, and his pet capuchin monkey Ampersand, survived the event, for reasons unknown.

But why the Y? What caused such an evolutionarily disastrous mass-die off of otherwise healthy individuals?

The Y: The Last Man comic ran for six years, from 2002 to 2008, and depending on who you ask, its ending is either perfectly fitting or a disappointing betrayal. Here in 2021, the ending of Y: The Last Man looks like something else, too: A writer learning how to use the tools of his trade to make some of the greatest comics of the last decade.

Many characters in the Y: The Last Man comic have a theory about why All the Men Died. Some of them think it was the Rapture and the “female gender” was left behind for its sins, or that the plague was a biological response to the exclusion of women from the performing arts — but those theories are more like one-off jokes. There were only three major theories that kept recurring in Y: The Last Man, each one discovered by, or tied to, the main characters of the comic. These are the theories that Y: The Last Man seemed to be hinting were possibly be true.

Dr. Mann — the controversial geneticist sought by Yorick and Agent 355 who they hope can unravel the secret to Yorick’s survival — believed the responsibility lay on her shoulders. In her research into how to perform viable human cloning, she had gone to the length of impregnating herself with a cloned fetus, and the mass death at the start of Y: The Last Man happened to coincide with the moment she gave birth. Mann believed that with the birth of first living human clone, sexual reproduction became obsolete, and by some unknown biological trigger evolution instantly eliminated the now unnecessary Y-chromosome-bearing mammals across the world.

In this theory, Yorick and Ampersand were saved by accident, when Ampersand was dosed with an agent intended to sabotage Dr. Mann’s pregnancy, but instead of arriving at her laboratory the monkey was shipped to Yorick by mistake.

The second theory of note is somewhat simpler: The Culper Ring, a super-super-super secret spy organization that employs Agent 355, was preparing a chemical weapon to use on Chinese soil that would render anyone exposed to it incapable of producing male children. The weapon went wrong somehow, and resulted in the deaths of all mammals with a Y-chromosome. If true, it’s not clear why Yorick and Ampersand survived it.

The final theory was also related to the Culper Ring, but this time, it was magic. Agent 355’s last assignment before everything went wild was to obtain an object called the Amulet of Helene, which, legend held, would unleash a terrible curse if it was ever removed from the nation of Jordan.

In this theory, Yorick and Ampersand were saved by the fancy engagement ring he bought for Beth, which had some kind of ancient Middle Eastern gender-bending aura.

So which Y: The Last Man theory turned out to be true?

The Y: The Last Man comic never answered the question of why every mammal with a Y chromosome died. In 2009, Brian K. Vaughan told IGN that one of the many theories proposed in Y: The Last Man was “correct,” but that he preferred to give the reader the freedom to pick “which one they like.”

Naturally, this caused some consternation among fans when the comic wrapped up its initial run. But with the benefit of hindsight and Vaughan’s further career, it’s not really surprising that Y wasn’t really interested in answering its biggest mystery.

Y: The Last Man was among Vaughan’s first creator-owned work in comics, his first big success, and his first finite, long-running, original adventure series — a format he is now primarily known for. Reading now, you can see him learning the lessons that would eventually produce massive smash hits like Saga with Fiona Staples or Paper Girls with Cliff Chiang.

One of those lessons was that when your interests as a creator run contrary to genre tropes, you have to manage your audience’s expectations. In the very first pages of Saga, a pair of star-crossed alien lovers from opposing sides of an intergalactic war bring a beautiful hybrid baby girl into the world. And on those same pages, the baby girl’s grown up narration lets you know in no uncertain language: This isn’t a story where she grows up to be a galactic hero. This isn’t a story about how parents’ love ended a war. It’s just the story of her family.

To Vaughan and collaborating artist Pia Guerra, the mystery of Y: The Last Man wasn’t the part of saga they were interested in exploring. They just wanted to make a globe-trotting adventure / overdue-man-child bildungsroman / comedy / romance where all-female Shakespeare companies wandered through an American wasteland trying to pull itself back together, daring plans were enacted to save two male astronauts from the falling International Space Station, and Yorick eventually learned that not literally everything was about how badly he wanted to propose to his girlfriend. It wasn’t about the cause, it was about the world that cause created, and exploring those new boundaries.

Now, we can’t say that this is the same direction that Y: The Last Man on FX will take — it’s already pretty divergent from the Y: The Last Man comic in tone. The folks behind the TV series may have their own ideas about why all the mammals with Y chromosomes died. We’ll just have to keep watching, and see if showrunner Eliza Clark wraps up her five-season plan, to find out.