Honor 9X and Oppo F15 India launches as well as the Republic Day sales from Amazon and Flipkart dominated the news this week. Both Amazon sale and Flipkart sale will continue next week to offer discounts and offers to the consumers. Additionally, Realme started rolling out Android 10 with Realme UI update for Realme 3 Pro and Samsung announced a price cut for Galaxy A20s. Read on for more on these and other major technology news updates from this week.

Honor, the sub-brand of Huawei, finally brought its Honor 9X smartphone to the Indian market. Although there was a significant gap between the phone’s original China launch and India release, the differences between Chinese and Indian models make the wait slightly worthwhile. Honor 9X is already on sale in the country via Flipkart and it has been priced at Rs. 13,999 for the base 4GB + 128GB variant. The higher-end 6GB + 128GB model will set buyers back by Rs. 16,999. It can be purchased in Midnight Black and Sapphire Blue colour options. Just for one day, Honor is offering Rs. 1,000 discount on the Honor 9X price.

Honor 9X is a dual-SIM smartphone and runs Android 9 Pie with the custom EMUI 9.1 skin on top. It packs a 6.59-inch full-HD+ (1080 x 2340 pixels) display, HiSilicon Kirin 710F SoC, up to 6GB of RAM, and 128GB of onboard storage that can further be expanded via a microSD card (up to 512GB). Additionally, there is 4,000mAh battery with 10W charging support, USB Type-C port, fingerprint sensor, and the usual connectivity options. 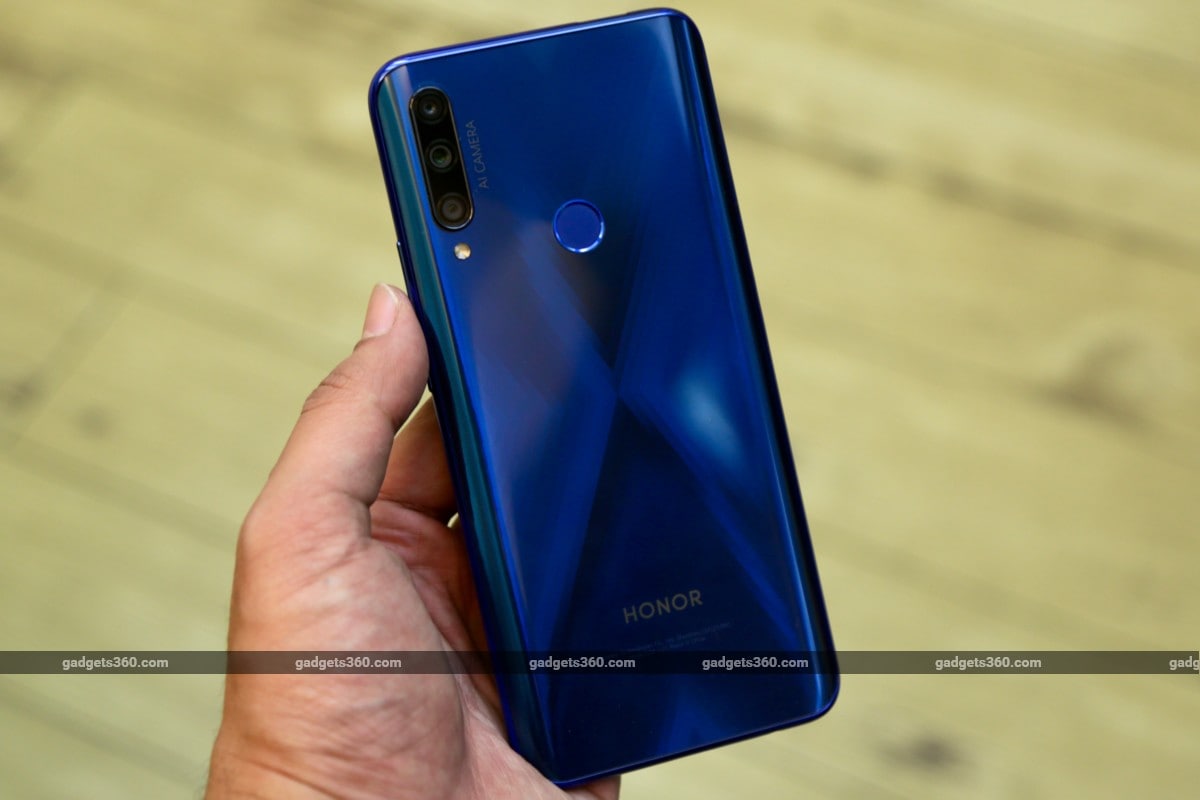 You will also get a triple rear camera setup that is highlighted by a 48-megapixel main shooter with an f/1.8 aperture and AIS Super Night mode support. It is assisted by an 8-megapixel wide-angle camera with a 120-degree field of view, and a 2-megapixel depth sensor. Selfies and video calls are handled by a 16-megapixel snapper with an f/2.2 lens, housed in a pop-up camera module.

In addition to the Honor 9X, Honor has also launched its Magic Watch 2 and Band 5i smartband in the country. The Honor Band 5i is priced at Rs. 1,999 and is also already on sale via Amazon. On the other hand, Honor Magic Watch 2’s 46mm model starts at Rs. 12,999 for the Charcoal Black variant, while the Flax Brown colour option will up for grabs at Rs. 14,999. The larger 42mm model of the Honor Magic Watch 2 is priced at Rs. 11,999 for the Agate Black variant, while buyers will have to shell out Rs. 14,999 for the Sakura Gold version. Same as Band 5i, the smartwatch can also be grabbed via Amazon.

Oppo F15 became the latest smartphone to join the Chinese smartphone maker’s India portfolio this week. Targeted at young consumers, the Oppo F15 is being released in just one storage variant that carries a price tag of Rs. 19,990. According to the company, the consumers will be able to buy the phone beginning January 24 via all major smartphone retailers in the country, including e-commerce websites such as Amazon and Flipkart. Oppo F15 will be offered in Lightning Black and Unicorn White colour options.

Oppo F15 is a dual-SIM smartphone and runs Android 9 Pie with ColorOS 6.1.2 on top. It features a 6.4-inch full-HD+ (1080×2400 pixels) AMOLED display with 20:9 aspect ratio and Corning Gorilla Glass 5 protection. It is powered by octa-core MediaTek Helio P70 (MT6771V) SoC, paired with Mali G72 MP3 GPU and 8GB of LPDDR4x RAM. There is an in-display fingerprint sensor onboard as well. Additionally, you will get 4000mAh battery with fast charging support, 128GB of UFS 2.1 onboard storage, microSD card slot, USB Type-C, and other usual connectivity options.

On the imaging front, Oppo has included a quad rear camera setup that includes a 48-megapixel primary shooter with an f/1.79 lens, an 8-megapixel secondary sensor with an f/2.25 ultra-wide-angle lens, and two 2-megapixel sensors for capturing portrait and monochrome shots, with f/2.4 lenses. For selfies, the Oppo F15 packs a 16-megapixel selfie camera at the front.

Amazon and Flipkart, two of India’s biggest e-retailers, are running their pre-Republic Day sales. The Amazon Great Indian Sale 2020 and Flipkart Republic Day Sale kicked off slightly earlier for Prime and Plus members, respectively, on Saturday and then expanded to everyone today. Both Flipkart and Amazon sales will continue through January 22. These Republic Day sales include offers on mobile phones, tablets, smart TVs, wearables, and other consumers electronics, alongside the non-tech stuff. You can check out the best deals in the related articles at the end of this wrap.

In terms of the offers, Amazon Great Indian Sale includes 10 percent instant discount on all eligible products for payments made using SBI credit cards, no-cost EMI options, and a lot more. Some of the great deals that we have spotted include discounted phones like Redmi Note 8 Pro, OnePlus 7 Pro, Honor 20, Samsung Galaxy M30, iPhone XR, and more. 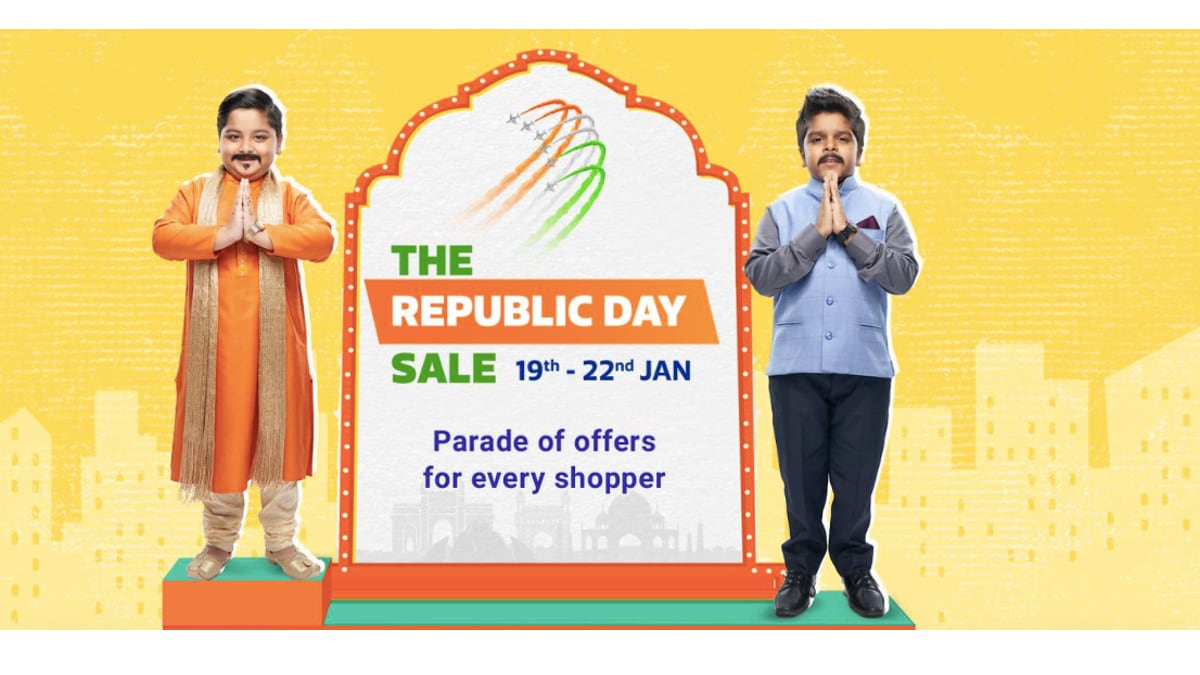 Realme started rolling out the Android 10 with Realme UI update for its Realme 3 Pro smartphone this week. The Realme 3 Pro is among the first Realme phones to get the Android 10 update. As for the changelog, the update brings a design overhaul, optimised Game Space, new wallpapers, improved Smart Sidebar, and camera optimisations among other tweaks. Additionally, the update now allows Realme 3 Pro users to share files with Oppo, Vivo, Xiaomi phones via the Realme Share feature. This cross-brand file sharing feature is now live on certain Xiaomi phones and Oppo phones running Android 10-based ColorOS 7, and will soon go live on Vivo phones as well.

Realme 3 Pro Android 10 update carries the build number RMX1851EX_11_C.01 and is now being rolled out in a staged manner. You will automatically receive a notification on your phone when the update is ready for you, however you can also check for the update manually by going to the software update section in the Settings app.

In other news, Realme 5i is no longer being sold via flash sales and can be purchased anytime via Flipkart or Realme’s own online store. The Realme 5i is only offered in a single variant that comes with 4GB of RAM and 64GB of storage. It carries a price tag of Rs. 8,999. You can purchase it in Forest Green or Aqua Blue colour options. Realme 5i features 6.52-inch HD+ display, Qualcomm Snapdragon 665 SoC, quad rear cameras, and 5,000mAh battery.

Vodafone has introduced two new prepaid plans at Rs. 99 and Rs. 555. Both new prepaid plans are currently limited to select circles and come bundled with benefits such as unlimited voice calls and high-speed data allocation along with free subscription to services such as Zee5. While the Rs. 99 Vodafone prepaid plan is believed to be a tweaked version of its earlier Rs. 149 plan, the Rs. 555 prepaid plan appears to be an update to the previously offered Rs. 598 option.

In other news, WhatsApp released a couple of beta version updates on Android this week – version 2.20.8 and 2.20.10. These updates include only one user-facing change – sticker pack updates, however they also indicate the Facebook-owned chat service has made improvements in the dark theme. Additionally, WhatsApp seems to be working on include support for animated stickers, something that is missing right now. 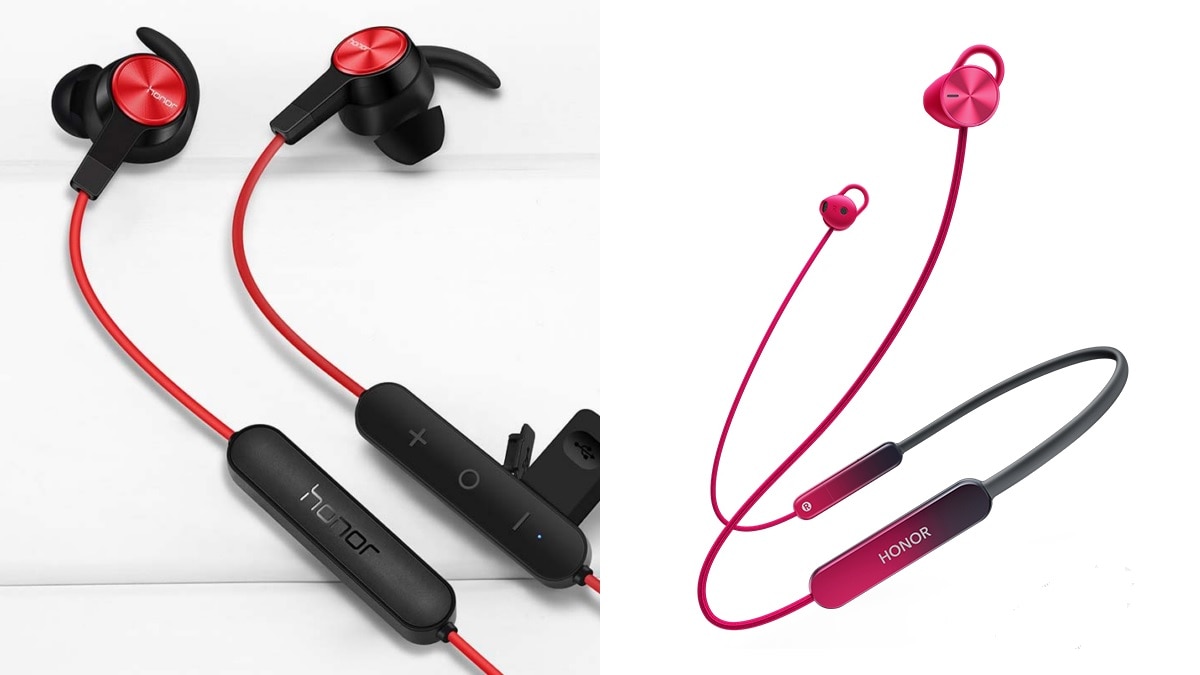 Both Honor Bluetooth Headphones come in three colour options each

Additionally, in an conversation with Gadgets 360, Honor India President Charles Peng revealed that the company will bring its MagicBook family of Windows 10 laptops as well as Honor Vision smart TV to India. The laptops as well as the smart TV are expected to arrive in Q1 or Q2 this year. There is no word on the India pricing of any of the devices right now.