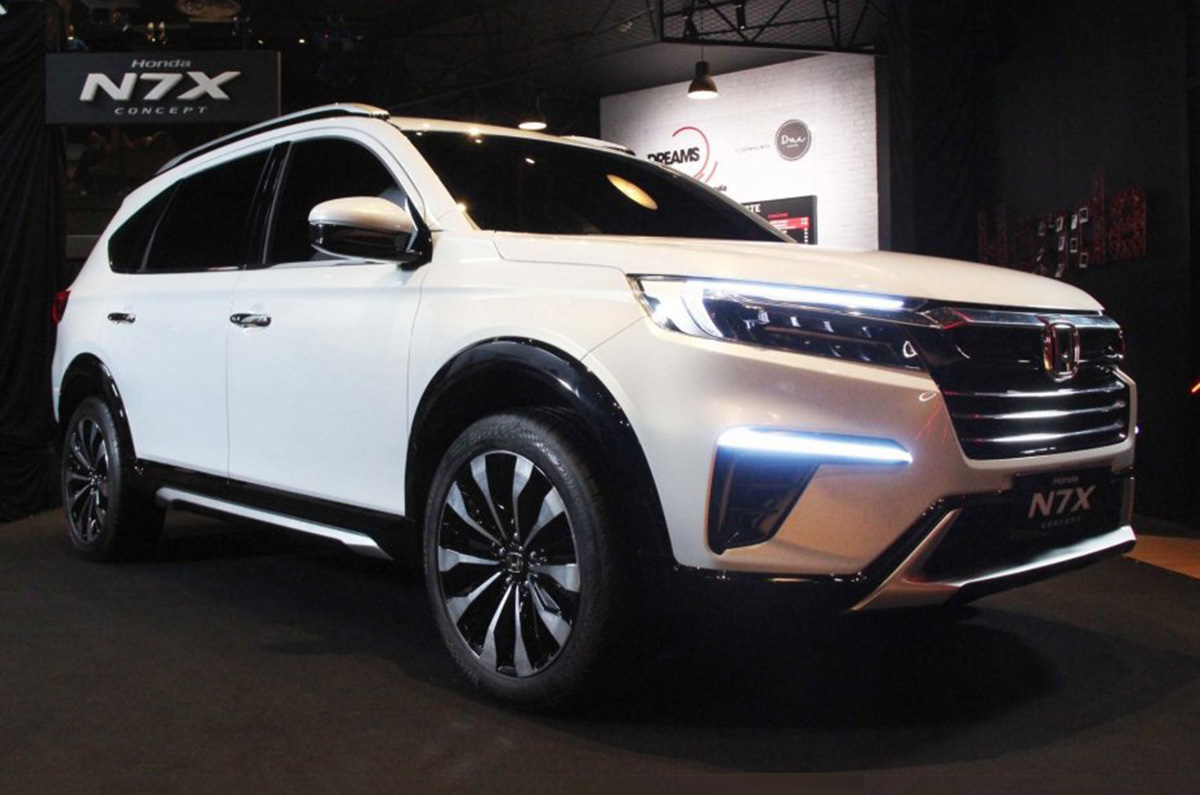 The Honda N7X-based SUV will be unveiled in production form in August this year. This new SUV from Honda will share is underpinnings and some cosmetic and mechanical bits with the City. We tell you more about it.

Honda N7X SUV: What do we know so far?

A few days ago Honda unveiled a three-row concept called the N7X in Indonesia. While the company hasn’t revealed many details, we can confirm that a production version of this concept will be Honda’s answer to the popular Toyota Avanza, Daihatsu Xenia and other three-row mid-size SUVs sold in Indonesia. This new model from Honda will also be a replacement for the ageing BR-V.

The concept’s familiar Honda design cues are expected to continue on the production car which we feel would end up looking a lot like a smaller iteration of the CR-V. The production Honda three row SUV will be powered by a 1.5-litre petrol engine mated to either a manual or an automatic gearbox.

As far as India goes, Honda pulled the plug on the slow-selling BR-V and the brand currently has no product in the 7-seat category in our market. A production version of the N7X concept could be a good contender for India, however, there is no update from Honda India on this vehicle. The company currently sells the City and the Amaze in India and is expected to launch a mild-hybrid version of the City in the near future.

Honda to phase out combustion engines globally by 2040