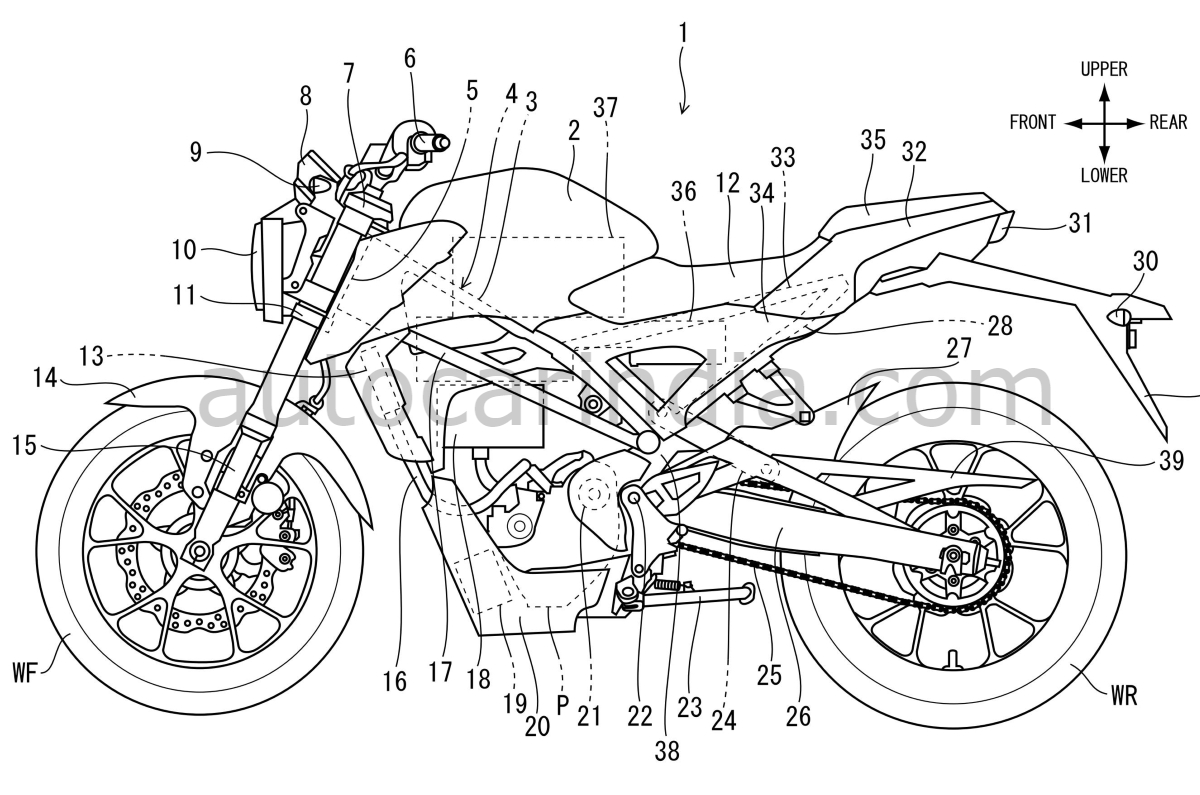 Honda has applied for numerous EV-related patents in India, and seems to have invested heavily in developing electric two-wheelers.

Over the last few months, Honda has applied for a number of EV-related design patents in India. These range from design patents for battery packs and chargers, to motors and cooling systems, and even entire electric vehicles. Multiple drawings depict an electric scooter that seem to resemble the PCX Electric, but one patent for a motor cooling system also shows an electric motorcycle that very closely resembles the CB300R.

Perhaps the motorcycle is only used in a representational sense, or maybe Honda really is developing an electric motorcycle based on the CB300R. Nevertheless, all this seems to indicate that the Japanese manufacturer is hard at work developing all manner of electric two-wheelers and four-wheelers, and we should start seeing the results of these efforts in the real world soon.

However, there are a couple of things to note. Honda has a habit of patenting many of its overseas models and technologies in India, even when it has no intention of selling them here. It probably does this in order to protect its intellectual property. Secondly, most applications have been filed by Honda Motor Co. Ltd. and Honda R&D Co. Ltd., rather than Honda Motorcycle & Scooter India.

Be that as it may, even if Honda is developing electric two-wheeler technology with a global perspective, it is a wise manufacturer who is sure to recognise the massive potential for these vehicles in India’s ever-expanding EV market. After all, the Honda Benly e electric scooter was recently spotted testing on our roads. With major manufacturers like Bajaj, TVS, Hero and Suzuki jumping on the electric two-wheeler bandwagon in India, Honda is unlikely to be left behind.