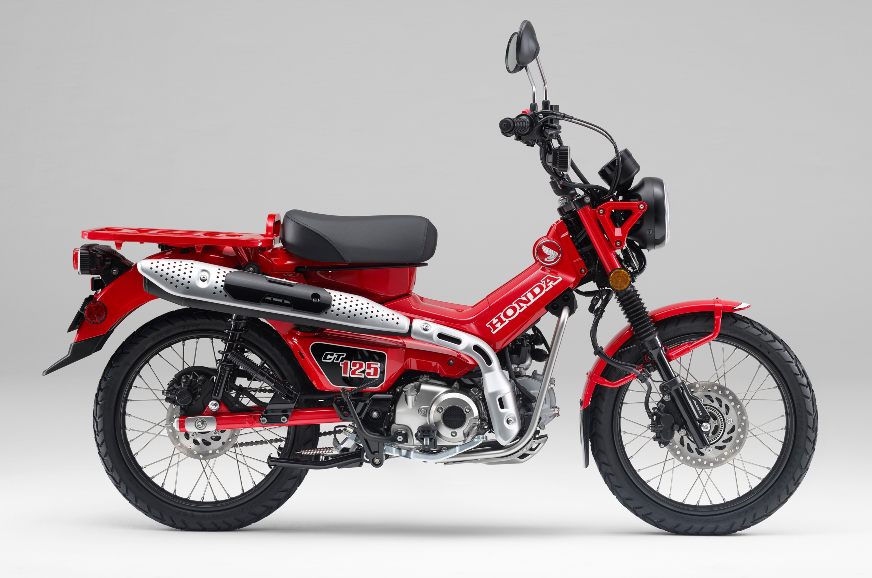 With COVID-19 forcing the cancellation of both, the Tokyo Motor Show and the Osaka Motor Show, Honda will take its launch of the CT125 online, alongside a handful of other models it was planning to showcase. The online event is called the Honda Virtual Motorcycle Show and it’s scheduled for March 27, 2020. Along with the launch of the CT125, the Japanese brand will reveal an as-yet-unseen concept, the CBR250RR, in a new colour scheme and a Super Cub 110 Special Edition.

The CT125 has been listed as the CT125 Hunter Cub on the website and it looks like this will be the official moniker for the upcoming moped. It was already showcased at last year’s Tokyo Motor Show in near-production-ready form. New patent images have revealed that the final product looks almost identical to the showcased model.

While it may not look like it at first glance, closer inspection will reveal that the CT125 is designed to have some off-road capability. The steel front fender, high-mounted exhaust and air-intake duct show that it will be able to endure some rugged use. Honda itself has called it a “trekking bike which is equipped with functions that enable the rider to enjoy it in the outdoors.”

The CT125 will be launched only in Japan in the beginning and will slowly make its way to other international markets in the months to come. It’s highly unlikely that it’ll make its way to India in the near future. However, we could see the Japanese manufacturer bring some of the other models that it showcases at the online event.

Honda has said that it will have 29 models on display, but most of these will be pre-existing two-wheelers from the brand’s line-up.

If you want to check out the Honda Virtual Motorcycle Show, click here.

Honda will launch its first localised big bike in 2021