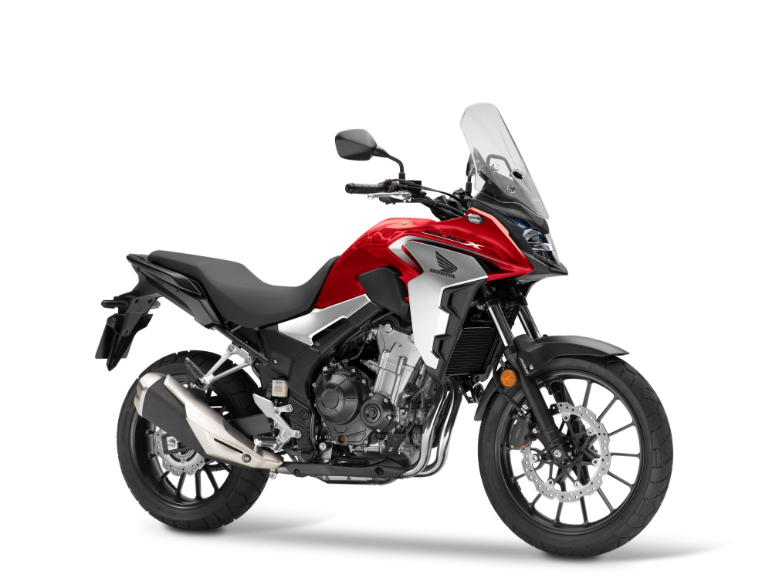 The Honda CB500X adventure tourer and CMX500 Rebel cruiser being evaluated by the brand for an Indian market entry.

Honda Motorcycle India is evaluating the possibility of introducing its 500cc motorcycle line-up for our country in the near future. The company elaborated its big bike plans for the Indian market at the launch of the 2020 Honda Africa Twin Adventure Sports; and hinted at the prospect of launching ‘middleweight’ motorcycles here.

Now, they haven’t specified the exact engine capacity of said middleweight motorcycles, but there’s enough reason to believe that it could be the 500cc range, given the yawning gap between its 300cc and 650cc offerings in India. The other juicy bit about this news is that Honda also plans to build big-capacity, multi-cylinder bikes using locally sourced components. This will certainly lead to lower price tags, compared to what the existing CBU and CKD models currently sport.

Again – Honda is extremely tight lipped about which of its motorcycles will be made in India; but the prospect of being 500cc motorcycles cannot be ruled out. Let’s see why Honda could be considering the 500cc segment.

When you look at Honda’s international motorcycle line-up, the 500cc platform offers the kind of versatility that enables the company to spawn multiple types of motorcycles. The ones we believe that Honda is looking at in particular are the CB500X and the Rebel 500.

The Honda CB500X is a lightweight adventure tourer that’s widely regarded as an excellent all-rounder. Powered by a liquid-cooled, parallel-twin motor that produces 47hp and 43Nm of torque, which is right up there with rivals such as the recently launched KTM 390 Adventure. That said, the KTM has a single-cylinder motor, is made in India, and is priced at a point that is basically a case study in VFM for B-school kids. So don’t expect Honda to challenge the KTM 390 Duke with the CB500X, when it comes to pricing. But there’s always an advantage with its extra cubic capacity and two cylinders. It translates to a much calmer motor – especially at cruising speeds – and additionally, much better engine refinement. That and the Honda brand name should justify the much higher price tag that the CB500X will likely command.

If the CB500X is brought to India via the CKD route, we expect it to sit at around the Rs 5-5.5 lakh (ex-showroom) mark. The price could drop significantly if Honda decides to source locally made components and build the CB500X in India. This would definitely sweeten the deal, as the prospect of a 500cc, twin-cylinder adventure tourer is quite lucrative.

The other model that could make its way to India is the Honda CMX500 Rebel cruiser. It uses the same motor as in the CB500X and the cruiser design should appeal to an audience looking to own a powerful cruiser that features modern day bits like liquid-cooling and ABS. Again the question is whether Honda will produce it in India or assemble it after importing parts via the CKD route. The former option will make sense if Honda wishes to make serious inroads to the market, those that see a dominant player in the Royal Enfield 650 twins. Royal Enfield, in fact, has shown that it is possible to produce a well-kitted twin-cylinder motorcycle that won’t require someone to blow a meteor-sized hole in the wallet. Of course, the RE 650 engine is not liquid-cooled, which drops costs (and overall weight) but if Honda decides to get competitive, we could expect a tantalising price tag.

The other 500s in the Honda family – the naked CB500F and its sporty sibling, the CBR500R – are also interesting possibilities; but it’s difficult to say what’s on Honda India’s mind (since the company refuses to reveal any information) with regards to the models it will bring to India.

Nevertheless, it’s a good thing that manufacturers like Honda are opening up the middleweight category to the ever-interested buyer. With their much more approachable price tags, middleweight bikes are certainly going to be the next big thing for India’s premium bike market.