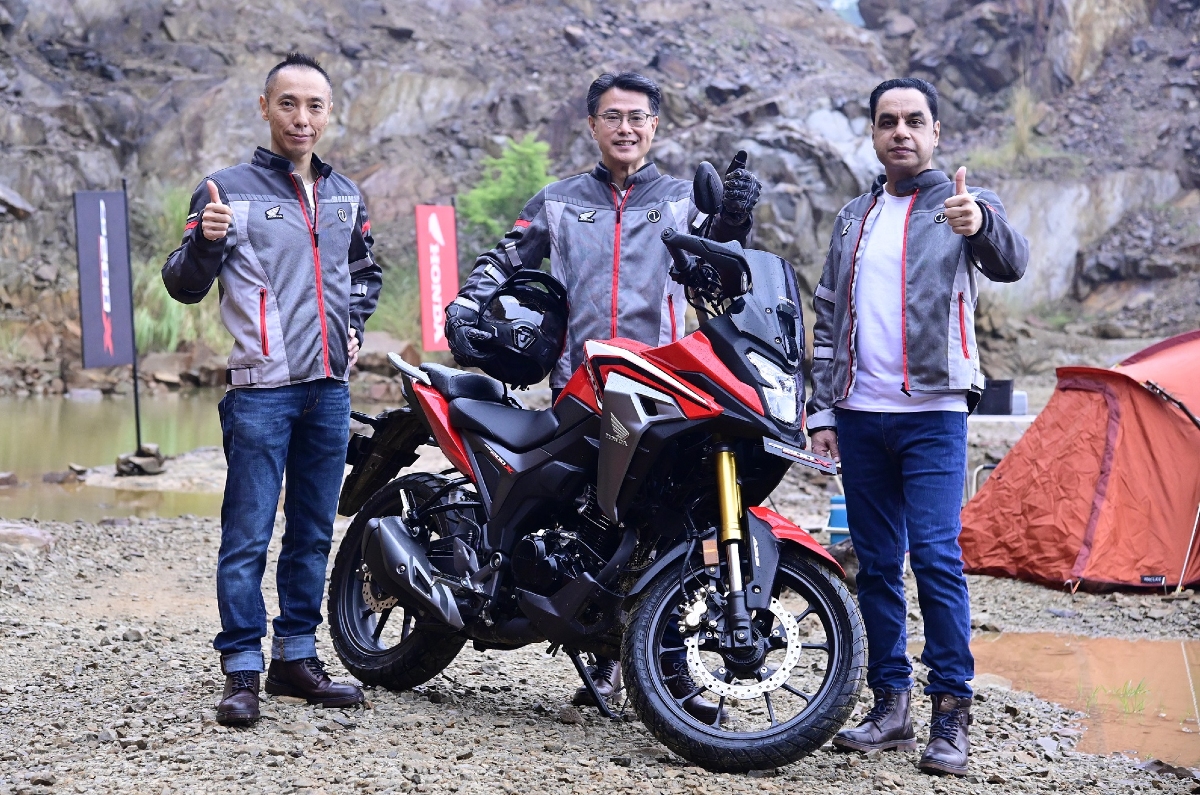 The Honda CB200X is based on the company’s Hornet 2.0 and as a result it uses the 184.4cc, single-cylinder engine, unlike what the 200 in the name might suggest. This simple two-valve, SOHC, air-cooled engine makes 17.3hp and 16.1Nm of torque, which is the same as that of the Hornet 2.0. Paired to this gearbox is a five-speed gearbox that we found smooth and light on the Hornet 2.0.

Like the Hornet 2.0, the CB200X uses a USD fork and monoshock for suspension, and while the company has not revealed any special details, it is likely that this suspension will have the same travel as on the Hornet 2.0.

The brakes also remain identical and it gets the same wavy discs at both ends. What this means is that the CB200X also gets just single-channel ABS. While the bike has the same 17-inch alloy wheels at both ends, Honda has opted to switch out the tyres for more block pattern ones on the CB200X.

The CB200X uses all-LED lighting and has its front turn indicators mounted on the knuckle guards. The design is inspired by the CB500X and the bike has a fairly large windscreen and belly pan that appears to be fit for the purpose. Components like the split-seats and mirrors appear identical to ones on the Hornet 2.0. Another big similarity comes in the form of digital instrumentation with a negative LCD display with five levels of adjustable brightness, two trip meters, a battery voltage meter and a gear-position indicator.

The CB200X has a kerb weight figure of 147kg, this makes it 5kg heavier than the bike it’s based on. The ground clearance, meanwhile, is the same at 167mm. Seat height is 810mm, while the fuel tank capacity is the same 12-litres as the Hornet 2.0

As far as competition goes, the closest rival would be the Hero Xpulse 200, but that bike has genuine off-road capability and is priced much lower at Rs Rs 1.21 lakh ex-showroom.