In March, the oldest motorcycle manufacturer in continuous production pulled the plug on one of its longest-running engine platforms. The Royal Enfield 500cc single-cylinder engine came into existence in the mid-1920s, and now, after multiple generation changes, the company has finally put it to pasture. Following its glorious run, the big 500cc single leaves behind a legacy that won’t be forgotten anytime soon, and with plenty of help from Royal Enfield’s historian, Gordon May, we decided to take a look back at its journey.

The very first Royal Enfield motorcycle went on sale in 1901, but it was only in 1927 that the company launched its first 500cc-single – the Model 500. Costing £52 (the equivalent of around £3,290 or Rs 3.15 lakh today!), the Model 500 was a grand success back in the day and laid the foundation for Enfield’s 500cc single. Two years later, the company showcased the Model 505, featuring the manufacturer’s first 500cc OHV engine, but it was in 1930 that some rather monumental steps were taken in engine design. This year saw the introduction of dry-sump lubrication and an oil pump arrangement that featured on every iteration of the engine for the next 78 years, until the AVL era ended.

In September 1932, Royal Enfield’s factory in Redditch came up with the iconic Bullet. It featured the new LF 500, a high-performing unit with a four-valve head that produced 25hp, which is just 2.6hp less than the 2019 Classic 500! However, the company’s experimental works department knew it was capable of more, and so a racing kit was offered with a higher compression piston and a straight pipe exhaust. The result – 29hp!

Over the next few years, the LF 500 engine was tweaked and tuned, each iteration addressing an issue with its predecessor. For example, in 1934, it gained larger fins between the exhaust ports to improve cooling, and had ribs cast into the front of the crankcase for increased oil-capacity. Two specially prepared iterations of this motorcycle also took part in the Isle of Man Senior TT race that year, but unfortunately, neither managed to finish. The following year, however, the same machine, piloted by Cecil Barrow, finished the race in 8th place, averaging an impressive 73.94mph (119kph).

In 1935, the big-single adopted a unique threevalve setup, with the engine rockers and valve gear now fully enclosed, minimising oil leaks. A review from back in the day remarked that “throughout the test, the exteriors of the engine and gearbox remained free from oil.” This is quite the achievement for even a relatively modern Royal Enfield engine, let alone one from 1935.

The 1935 LO was short-lived though, as the three-valve setup saw power go down from the previous iteration. So, Royal Enfield brought back the four-valve mechanism with the 1936 JF 500. This upright ‘J’ architecture served as the base of many versions of the 500cc single for over the next two decades. And the motorcycles that were powered by these engines evolved substantially as well, with new double-cradle frames, better brakes and telescopic suspension. The J2, an iteration from this period, was also commissioned by the British Royal Air Force in the Second World War.

In 1959, the JS engine was redesigned to deliver better performance, with test runs claiming that the bike was capable of 91mph (146kph)! This engine was also the last big-single to be manufactured at the Redditch plant, its production ceasing in 1962. For nearly three decades after, Royal Enfield didn’t have a 500cc single on sale. 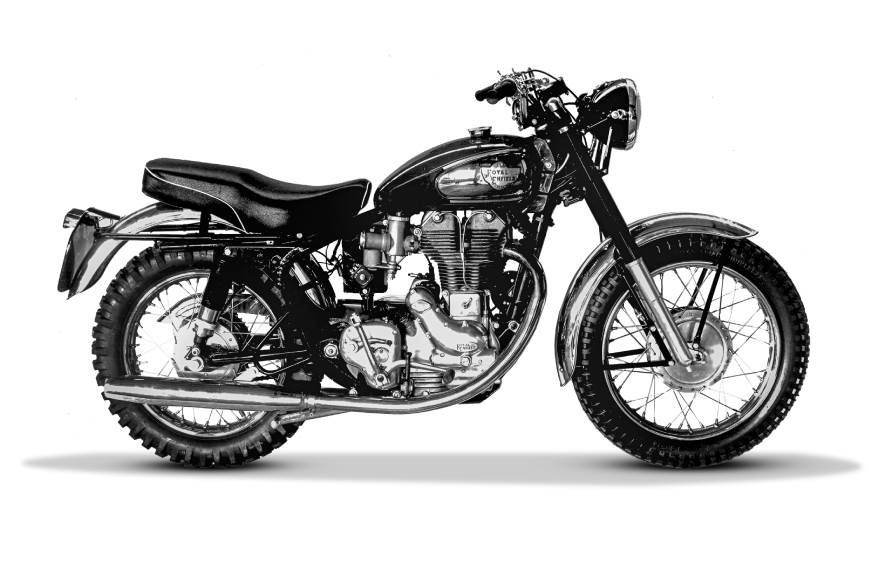 The ‘Fury’ featured a highly-tuned version of the ‘Big Head’, the last 500cc single to be manufactured at the Redditch factory in 1962.

By 1956, operations had begun at the Tiruvottiyur factory in Madras where the 350cc Bullets were manufactured and exported. They were a huge hit locally as well as in international markets, but eventually, international demand moved in the direction of more powerful motorcycles. Enter the 1989 500 Bullet, the first 500cc Royal Enfield to be manufactured in India. It featured a re-engineered version of the Redditch-made 1956 JS 500 and with more recent technology like coil-ignition and alternator electricals. The rest of the bike, like the chassis and even the Albion gearbox, was a straight fit from its younger 350cc sibling. After 15 years, in 2004, the powertrain was replaced by a new ‘Lean Burn’ 500 engine that was developed with powertrain research specialists AVL from Austria. This move marked the end of the classic engines and a shift to the modern era for the 500. 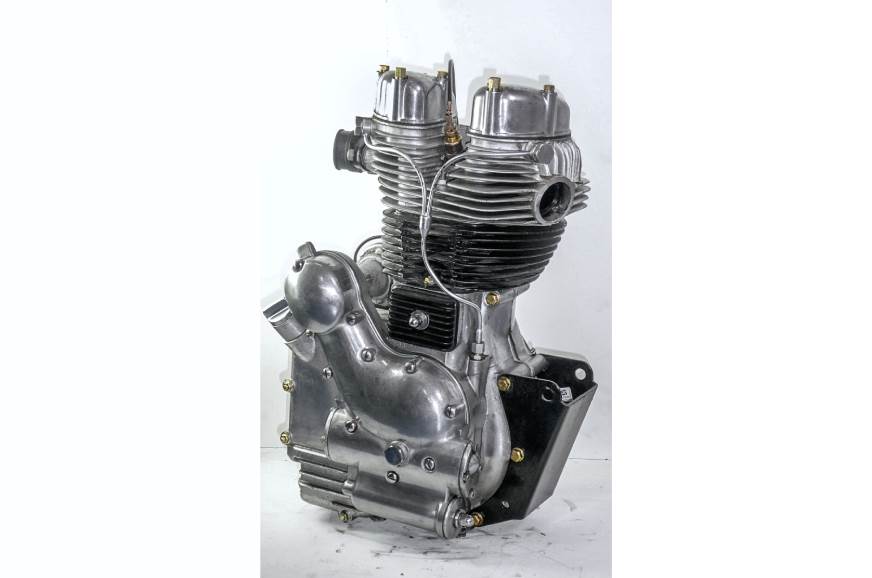 The engine from the 1989 Bullet 500, the first Royal Enfield 500 to be manufactured in India

Royal Enfield wanted to retain the characteristics of a traditional British-style OHV push-rod engine, but the advent of stricter emission norms made this difficult. And this is where the UCE 500 came into existence. Launched in 2008, the UCE 500 was the most significant step forward the company made with its big-single, featuring a gearbox that was now integrated with the crankcase, hydraulic valve lifters and fuel-injection – all firsts for a Royal Enfield to do so.

The Classic 500 soon went on to become the bestselling Royal Enfield 500 ever, and the engine made its way onto multiple models like the Bullet and Thunderbird. It’s these motorcycles that you can see out and about every day, partnering with the 350cc models in creating an incredible success story for Royal Enfield. Stories of owners and their experiences with a Royal Enfield 500 aren’t in short supply and even today, the bikes come strongly recommended to someone who’s fostering the passion for riding. So much so, that I’ve encountered numerous tales where the RE 500 is considered a go-to option for anyone who wants to go touring in our country. 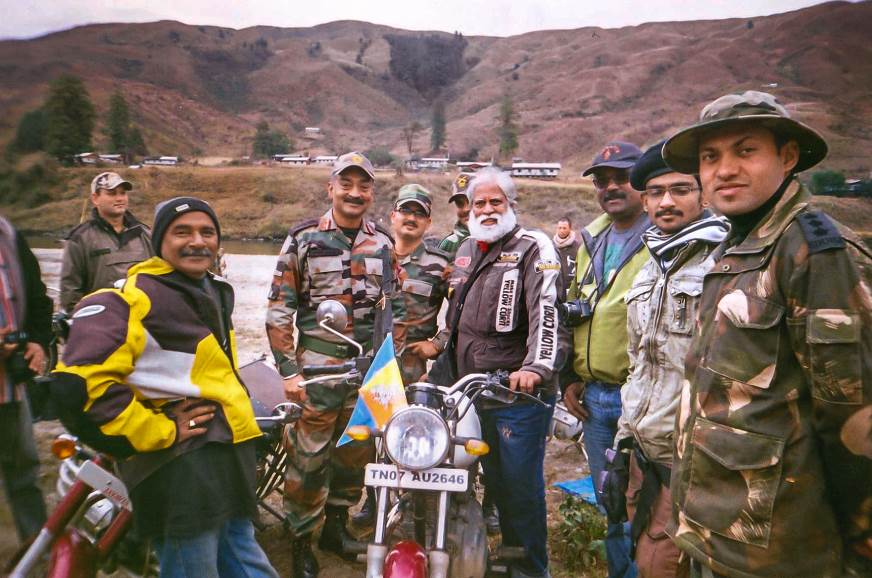 Subhash Chandra Bose and his Bullet 500 at Mechuka, Arunachal Pradesh.

During my research for the story, a legend in the old days of the Indian racing scene – G Subhash Chandra Bose, aka Bullet Bose, a name he picked up thanks to his domination while racing an Enfield – had a couple of interesting tales to share. I sometimes think of him as an Indian Burt Munro, having modified his Enfield extensively during the 1970s and ‘80s with the sole purpose of going faster. It’s his technical expertise that saw him become a consultant with Royal Enfield. Over a fascinating phone call, he told me about the role he played with regard to the 500cc single. He told me that he felt the fuel-injection system didn’t fully extract the capabilities of the UCE, so, along with his team at UCAL Fuel Systems, he began developing a carburettor for it. The end result – the modern-day Bullet. What started out as a rather straightforward conversion, soon saw numerous SuperFlow-bench tests, the realignment of the carburettor mounting points and even the fuel tank, to better accommodate the carburettor. I could sense Bose-uncle (as he’s more fondly known) beam with pride as he spoke about his work and the fact that the conversion was so efficient that it even allowed for one of the two catalytic converters to be removed, resulting in better performance. Its success also pushed him to develop a carburettor conversion kit that allowed customers to easily replace the fuel-injection systems on their UCE engines.

That, to me, is one of the key aspects that made the big single so popular. It provided sufficient performance and character off the shelf, but it also gave you the endless freedom to experiment with it. No other manufacturer encourages it like Royal Enfield, and you can find the most daring custom jobs on a Royal Enfield 500. 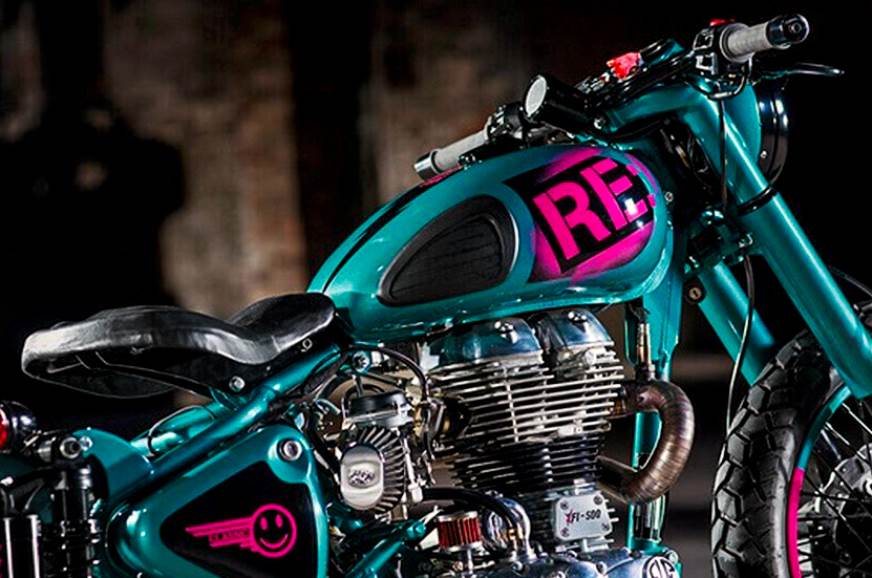 ‘Mo Powa’, a Royal Enfield Factory Custom based on the Classic 500, featuring a turbocharged engine.

The 500’s demise ultimately came down to strict emissions regulations, but also the fact that the Classic 500 was priced uncomfortably close to the new 650s. Royal Enfield is now creating some thoroughly well-engineered products and there is a brand-new 350 platform set to debut very soon. The 500’s era has finally drawn to a close and we’re unlikely to ever experience another raw, characterful and yes, far-from perfect engine like it. As excited as we are to see what’s in store next from Royal Enfield, the 500 will always be a significant and dearly beloved milestone in the company’s 119-year-long journey to where it is today.

More carmakers hike prices in May 2021