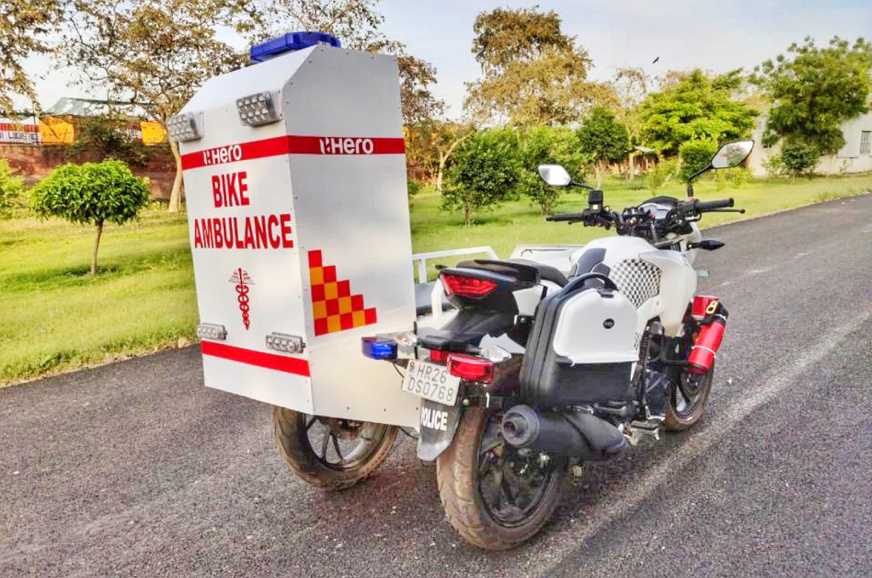 In its press release, Hero mentioned that the mobile ambulances will be useful for reaching out to patients in rural and remote areas and comfortably moving them to the nearest hospitals. The add-ons include a sidecar-like layout featuring a medical bed and essential medical equipment such as a first-aid kit, an oxygen cylinder, a fire extinguisher and a siren. A walkaround video released by the company also reveals that the sidecar extension features an entire swingarm and rear wheel from one of Hero’s motorcycles, around which the rest of the body is built.

This is not the only effort the Indian manufacturer has taken in the wake of the coronavirus outbreak. The Hero Group recently donated Rs 100 Crore as aid for the ongoing COVID-19 relief efforts in India. In addition to this, the BML Munjal University – run by the Hero Group at Dharuhera in Haryana – has offered its 2,000-bed hostel for use as an isolation and treatment ward by the local health department. The manufacturer is also distributing more than 15,000 meals to daily wage workers, stranded labourers and homeless families in several areas of Delhi-NCR, Rajasthan, Haryana, Uttarakhand, Andhra Pradesh and Gujarat every day.