Harley-Davidson has just filed a patent application for some rather interesting technology – a gyroscopic unit that will allow the bike to balance itself at extremely slow speeds and even at a standstill. In recent times, the American firm has seen a big decline in sales and particularly, the adoption of its motorcycles by new riders. While its recent launches and concepts have deviated from the kind of bikes that the brand is famed for, massive V-twin cruisers still account for a majority of its sales. The tech that has just been patented will also allow new riders to easily adapt to riding some of Harley’s 300kg-plus machines.

According to the source, this new patent application consists of an add-on gyroscope that fits into Harley’s Tour-Pak top case. The gyroscope includes a heavy flywheel mounted to an electric motor – spinning between 10,000 and 20,000rpm – which is installed inside a gimbal that moves with the roll and pitch of the bike. A computer-controlled linear actuator tilts the spinning mass from side to side, creating a force that counteracts the lean and helps the bike stay upright. The patent also reveals that the gyro disengages as soon as the motorcycle reaches 3mph (around 4.8kph).

Short riders, or beginners who don’t have the experience of riding a heavy motorcycle will find  this technology highly appreciable. It will also potentially be of big benefit to older riders, which is important for the brand because its core customer base is ageing. 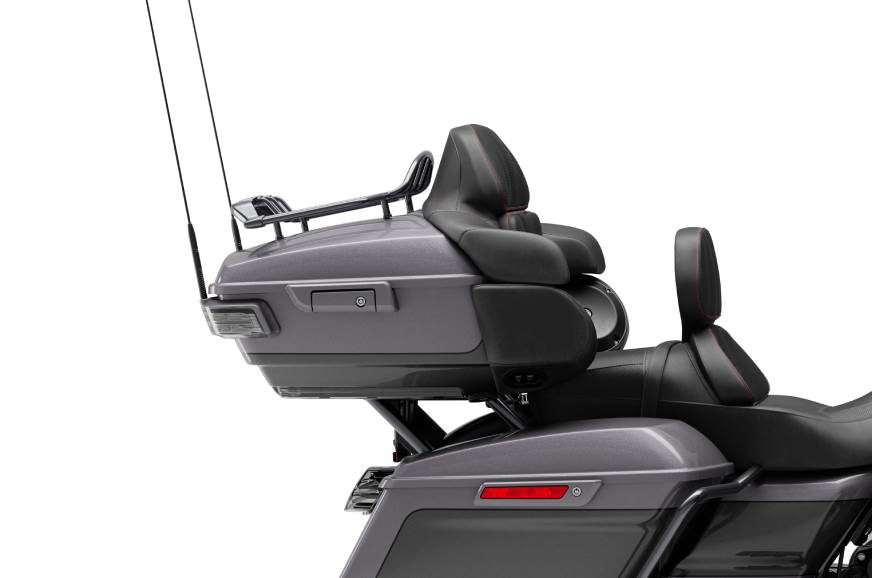 The gyroscope system will be enclosed within Harley’s Tour Pak top case.

What makes this design really interesting is that it hasn’t been built into the bike. Essentially, since it’s a part of the top case, you can remove it when you feel you no longer need it – much like training wheels on a bicycle. This also suggests that it could be fitted onto multiple models in the Harley-Davidson line-up. Now, while a patent application is no indication that this technology will make it to production, it could be a big confidence booster for many of the company’s more senior customers, if it does.

Harley-Davidson to “Rewire” its business strategy