Trade and industry were left surprised on December 26, 2019 afternoon when the trailer of Shimla Mirchi emerged on the internet all of a sudden. It’s a long delayed rom-com directed by Sholay director Ramesh Sippy. The star cast is interesting, comprising of Hema Malini, Rajkummar Rao and Rakul Preet Singh. The trailer too got thumbs up but the sudden release and zero promotions meant the film’s fate at the box office is sealed. 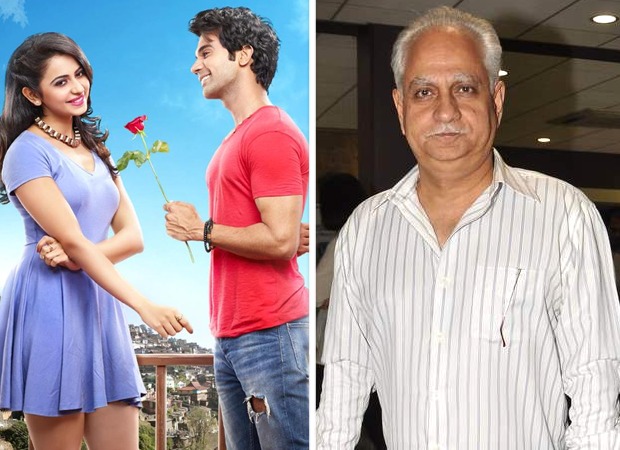 Knowing this aspect, the makers signed a deal with a major OTT platform. A trade source says, “The theatrical release is a mere formality. It can add to the worth of a film when it’s being sold to a streaming giant or television channel. The makers knew that it’ll have a one or maximum two weeks run in cinemas. After that, it was to be out on Amazon Prime. However, when the major multiplex chains were informed of this agreement, they straightaway decided not to give Shimla Mirchi any show. Since the time OTT became big, the multiplex players have been following a policy without fail with regards to Hindi films, and that is, the film can be released online only eight weeks after theatrical release. The producers of Shimla Mirchi are in fact planning to release it on Amazon in a fortnight. Hence, the multiplex chain put their foot down.”

As a result, as of now, Shimla Mirchi is having a limited release in single screens. Also, it’ll hopefully find a release in standalone multiplexes. Another source however reveals, “The makers are still having talks with the multiplexes. A clearer picture will emerge by tomorrow morning, that is, January 2.”

The trade source lashes out at these developments, “Ramesh Sippy ji has given Sholay, the biggest Hindi film ever. His film was stuck for so many years. Finally, when it’s getting a release and he’s able to earn some money, these multiplex people are playing spoilsport. They were just asking for 1 show in most cinemas and yet, these multiplex chains refused to bow down. It’s an insult of an icon.” He also adds, “Ramesh ji was the president of Producers Guild of India and right now, he’s in the council of management. The filmmakers should come out and revolt against the dadagiri of these multiplexes for insulting their veteran member.”