Ajay Devgn is currently gearing up for the release of his upcoming period drama film Tanhaji: The Unsung Warrior. In the film, Ajay Devgn will be seen playing the titular role with Kajol as his wife. Ajay Devgn had also revealed that his production house will be rolling a series of period dramas. Recently, in a conversation with Bollywood Hungama, Ajay Devgn revealed that Riteish Deshmukh will be playing Chhatrapati Shivaji Maharaj in his next. 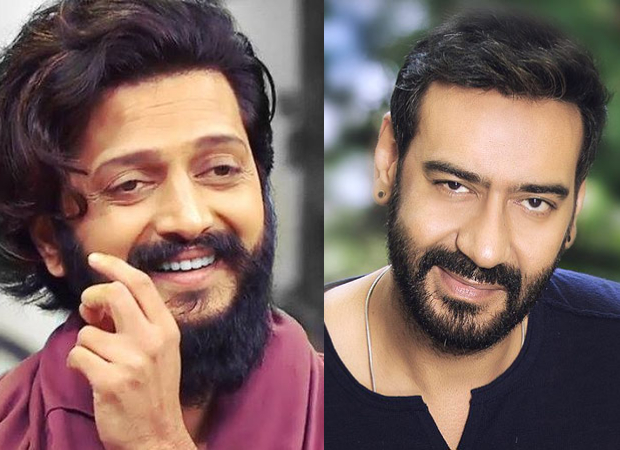 Ajay Devgn was asked who would he prefer to see play the role of Chhatrapati Shivaji Maharaj if a biopic were to be made on the Maratha ruler. Ajay was quick to respond with Riteish Deshmukh’s name. He further revealed that he chose Riteish, as the actor is currently making a biopic on Shivaji Maharaj. However, the actor did not get into the details of the movie.

While Riteish Deshmukh has not made a formal announcement of the film, according to reports Genelia Deshmukh would be bankrolling the film.

Meanwhile, actor Sharad Kelkar will be seen portraying the role of Chhatrapati Shivaji Maharaj in Tanhaji: TheUnsung Warrior. The film also has Rock On fame Luke Kenny as Emperor Aurangzeb and Saif Ali Khan as the antagonist Udaybhan Singh. The film will hit the theatres on January 10, 2020.