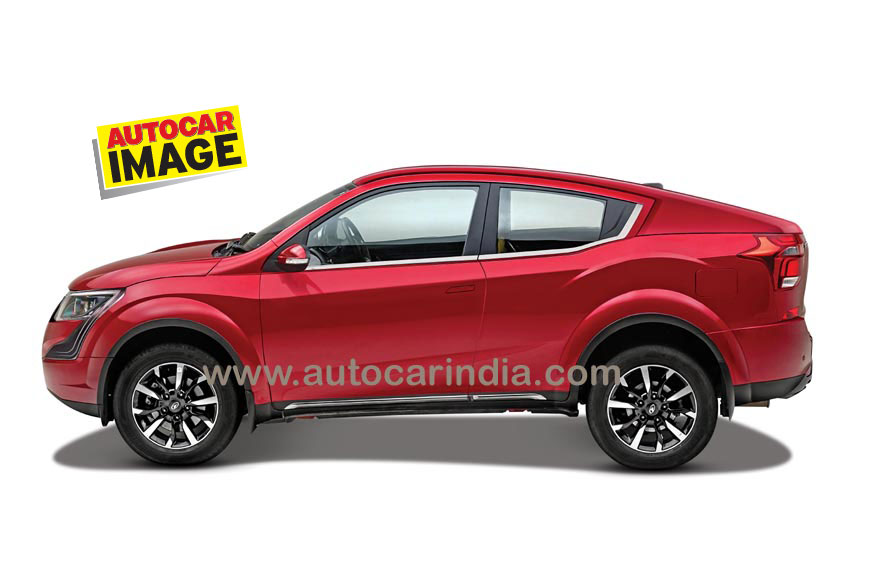 A newly energised Mahindra & Mahindra (M&M) is on a massive product offensive, with a sharp focus on ‘unmissable SUVs’ that combine performance, road presence and design. This new strategy has brought the SUV-coupe body style, the company was mulling five years ago, back to the drawing board. Sources reveal that Mahindra has greenlighted its first-ever SUV-coupe (codename: W620) that was previewed as the XUV Aero concept back in 2016 at the Auto Expo. Tata Motors too had been mulling an SUV-coupe (codename: H8) spun off the Omega platform but it shelved the idea. The production version of Mahindra’s Aero concept is likely to be called the XUV900 and could give M&M the first-mover advantage in the vacant SUV-coupe segment

Mahindra XUV900 SUV coupe: will it be all new?

Globally, SUV-coupes are nothing new and this body style was first pioneered by the BMW X6 in 2008. Inspired by this niche body style, Mahindra has been evaluating a SUV-coupe in its India range for quite some time. However, after the initial buzz created by the XUV Aero concept at the 2016 Auto Expo, the company was not confident of a business case back then, which would require a “minimum volume of 2,000 units per month at a price of Rs 20 lakh,” according to a source. As a result, the project was put on the back-burner.

However, the company is now relooking at this segment, no doubt buoyed by the huge success of the Thar, which has established Mahindra as a mainstream lifestyle brand. This has given the company confidence to explore a different kind of lifestyle segment with the XUV900 SUV-coupe.

Mahindra XUV900 SUV coupe: what will it be?

While the XUV Aero concept that was showcased in 2016 resembled the outgoing XUV500, the upcoming XUV900 four-door SUV-coupe will share its mechanical bits with the XUV700; some common body panels like the front fenders, hood and front doors could also be shared. While the XUV Aero concept featured suicide doors, we expect the XUV900 to come with a conventional front-hinged door setup, and it’s unlikely that the pillarless door design seen on the 2016 concept will make it to production. On the inside, bits like the dashboard and front seats are likely to be carried over, but in keeping with its positioning above the XUV700, it could get a more premium cabin and more features. The 2.0-litre mStallion petrol and 2.2-litre diesel mHawk engines from the XUV700 will be carried forward and will come with the same 6-speed manual and 6-speed auto options.

The W620 is still on the drawing board and, hence, it is unlikely that it will come to the showrooms before 2024. Styling will be key for the success of the XUV900 and it’s likely that it will be one of the models to come out of the Mahindra Automotive Design Europe (M.A.D.E) studio.