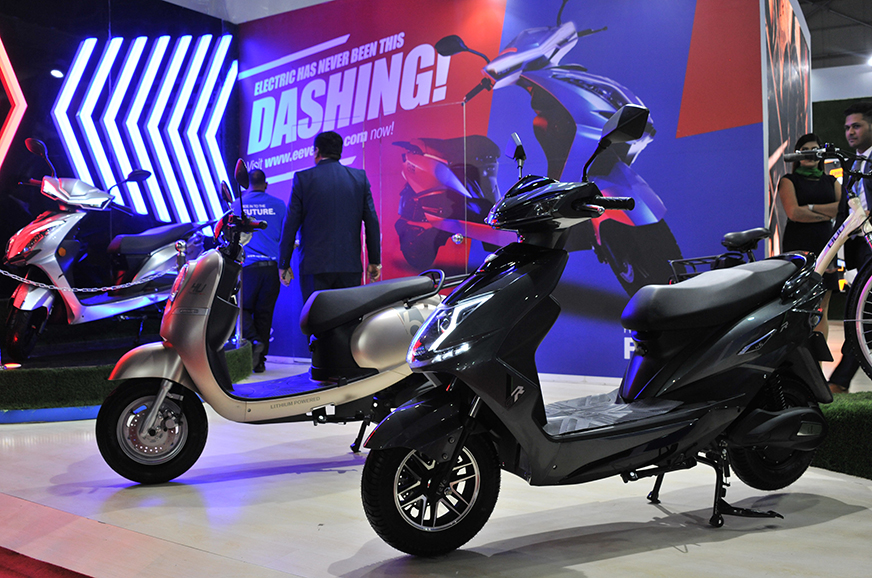 Rs 70 crore has been infused into the venture so far, and EeVe India further aims to invest Rs 160 crore over the next two years.

Orissa-based EeVe India, which unveiled two electric two-wheelers, the Forseti scooter, and the Tesero e-bike, at the Auto Expo 2020, is confident about its rapid expansion in the coming year. The company aims to grow from its existing 45 outlets – primarily present in the eastern part of the country – to over 200 outlets across India by December 2020.

EeVe started out in January 2018 as part of diversification from a family-run automotive component business and was ready with the commercial launch of its first product by October 2019. The company says it has sold over 1,200 units in the last four months since its launch, and now plans to get into Gujarat, Maharashtra, Uttar Pradesh and New Delhi. It targets 15,000 units in CY2020, and aims to grow by 30-40 percent year-on-year.

Other models already on sale from EeVe include the Xeniaa, Wind, 4U, and Your electric two-wheelers – all of them boasting an on-road range of 50-70km, and being battery-swap compatible. While the new reveal Forseti is slated to be launched in June, EeVe is eyeing a possible September launch for the Terono electric motorcycle.

Rs 70 crore has been infused into the venture so far, and EeVe India further aims to invest Rs 160 crore over the next two years – a major portion of which would go into capacity expansion to 60,000 units at its plant in Bhubaneshwar, from the current 12,000 units annually. The company is looking for private equity funds, and will also spend it on increasing localisation, growing its dealer network and marketing the products.

EeVe India says its products are at 40 percent localisation level at the moment with suppliers stationed in Pune and Haryana. It also has an R&D centre in its home city, Bhubaneshwar, and has a tie-up with IIT Bhubaneshwar for its local designers to carry out product design and development. While breakeven is expected only after reaching 60,000 units, it aims to get into the rent-a-bike concept which is popular at tourist destinations such as Pondicherry, Pune, and Goa.

Trump Said to Meet With Apple’s Tim Cook and Other CEOs...

HBO Max: WarnerMedia Throws Out Rulebook With Streaming Launch in the...