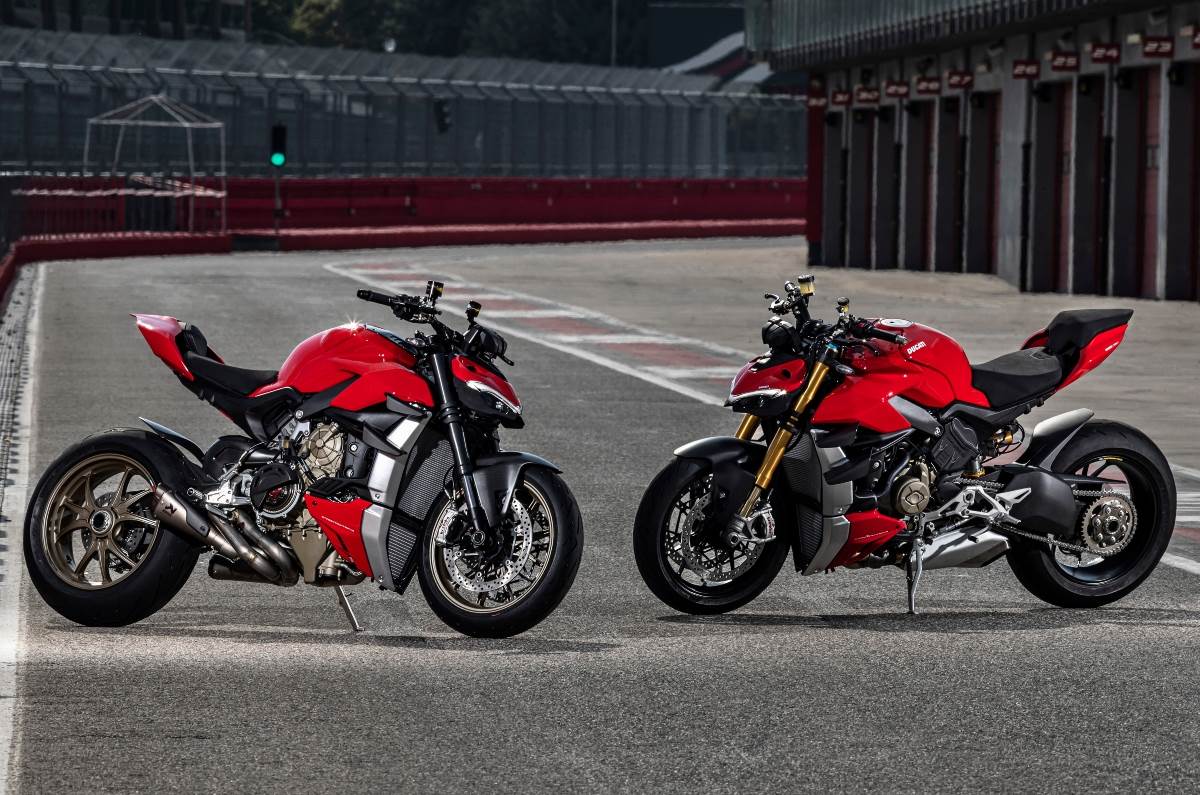 The Ducati Streetfighter V4 already fares pretty well in a game of super-naked top trumps, but the Italian manufacturer is now on the verge of rolling out an even more highly-specced range-topping variant. It will be called the Streetfighter V4 SP, and is likely to follow a similar path to that of the Panigale V4 SP.

What this means is that the Streetfighter SP is likely to get lightweight carbon wheels that will weigh even less than the forged aluminium units currently offered on the Streetfighter V4 S. Braking hardware could also see an update, with the SP receiving the very latest Brembo Stylema R calipers, while the current Streetfighter has to make do with just standard Stylemas.

There’s little room for improvement in the engine and chassis department, so expect the SP to share the same 1,103cc 90-degree V4 engine as the rest of the Streetfighter range, with identical 208hp and 123Nm output figures. It is possible that the wet clutch could be replaced by a dry clutch, like on the Panigale V4 SP. The advantage of this is slightly lower transmission losses, so more of that 208hp should reach the rear wheel.

On the suspension front, expect the SP to carry the same semi-active electronic suspension setup as the Streetfighter V4 S – a 43mm Ohlins NIX30 fork and TTX36 monoshock. Of course, it’s fully-adjustable, but the base setup itself could be slightly tweaked to account for the lighter wheels.

That being said, the Streetfighter is a (very slightly) more street-focused bike than the track-ready Panigale V4, so there is a chance that Ducati might not go all-out with the updates on this bike as it has on the Panigale V4 SP. It might instead opt to implement milder updates and keep the price tag more affordable, because at £25,000, it would be on par with the Panigale V4 S.