An enjoyable motorcycle that’s seen a vast improvement over its predecessor.

Feedback is an essential part of improvement and if one pays heed to that, a product can transform – and how. Ever since the Ducati Scrambler was launched, it went on to become one of the most successful motorcycles to roll out of Borgo Panigale; and this was despite the few teething issues that plagued the bike. So now that it’s time to update the Scrambler, Ducati seems to have listened to feedback and tried to smooth out its rough edges. While they claim a much-improved motorcycle, what we are also interested in finding out is if these changes have made the Scrambler better suited to India.

The Scrambler may look like its predecessor but there are a few changes that add a dash of freshness to the design. For instance, the X-shaped motif in the new LED headlight (with matching LED DRLs) looks neat, the cylindrical exhaust instantly stands out as a new unit. The alloys are a fresh design as well, replete with silver accents at the tips that look great in motion. The Italians sure know how to pay attention to detail. 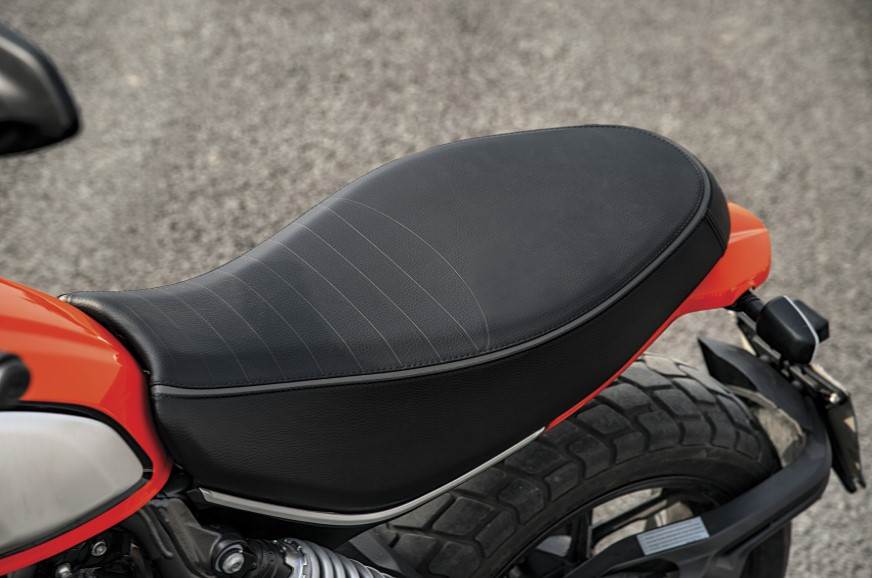 Speaking of attention, Ducati finally got rid of the flimsy, downmarket switchgear from the previous model and replaced them with new ones that feel more premium and tactile. A set of new LED indicators, adjustable levers, tank panels and the addition of a fuel gauge as well as a gear-position indicator on the single pod instrument cluster round-off the list of new equipment on the Scrambler. These subtle changes aside, it still looks like a purposeful machine. The real question is: does the updated model actually walk the talk?

The 803cc, L-twin engine is the same as in the outgoing model and produces an identical 73hp and 67Nm of torque. It’s not that the engine required any tweaking anyway; its strong mid-range grunt and character-filled nature made the Scrambler quite involving to ride. That said, the previous motorcycle’s snatchy throttle was a problem that got irritating after a while. Thankfully, Ducati has addressed this by using a new throttle body that has made power delivery a lot more linear and predictable.

The addition of a new hydraulic clutch has also made lever action significantly light, due to which riding in congested traffic around Gurgaon was quite effortless. I also loved the engine’s tractability in such situations, which highlights the Scrambler’s ability to deal with everyday city traffic. As far as engine heat is concerned, it is well-managed, despite encountering a few jam-packed roads with traffic standing stationary for miles. That said, we were shooting at the onset of winter, so you can expect to feel more engine heat during our country’s blistering summers.

However, the biggest concern with the previous Scrambler was its harsh ride – especially on our broken and uneven surfaces. This has been addressed by softening the suspension at either end, which has led to a significant effect on the way the bike behaves over a series of bumps. Riding over some of the worst potholes around the test area, I was surprised by how well the suspension soaked them up without upsetting the chassis. 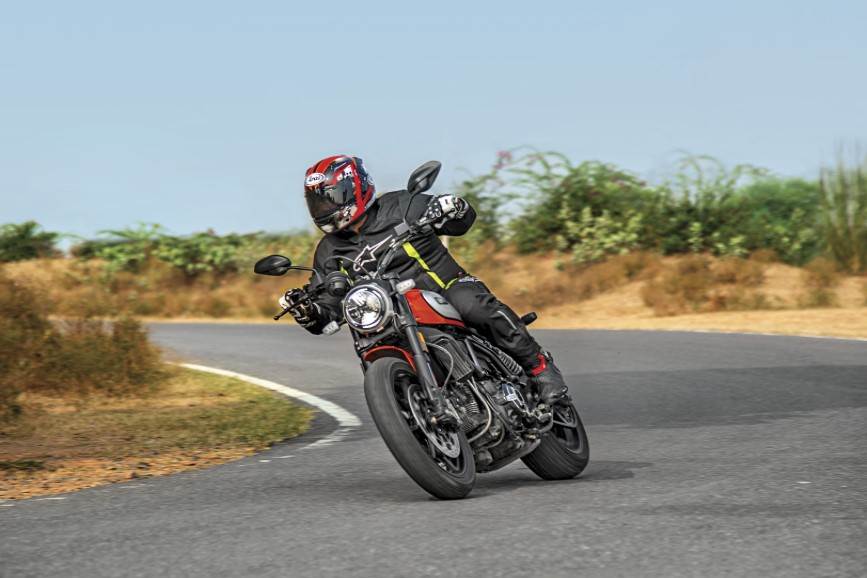 The Scrambler continues to remain an entertaining machine in the twisties.

This new level of pliancy in the fork and monoshock is also what makes the new Scrambler a lot more adept at tackling our roads than the previous model. And while ride quality has improved, the Scrambler hasn’t lost its sure-footed handling. It’s still an incredibly easy motorcycle to chuck into corners. In fact, the plusher ride helps the bike deal with mid-corner bumps with aplomb. Just like before, it can handle a few trail rides as well, but only as long as you are mindful of not getting too carried away.

The Brembo brakes are as good as before, and following the addition of cornering ABS, confidence in them has improved by quite an extent.

Sum of all parts

The refreshed Scrambler 800 Icon bears few (albeit significant) changes over the previous model that have certainly elevated the overall riding experience. It still brings the fun quotient, yet remains practical enough as an everyday bike, even in our riding conditions. 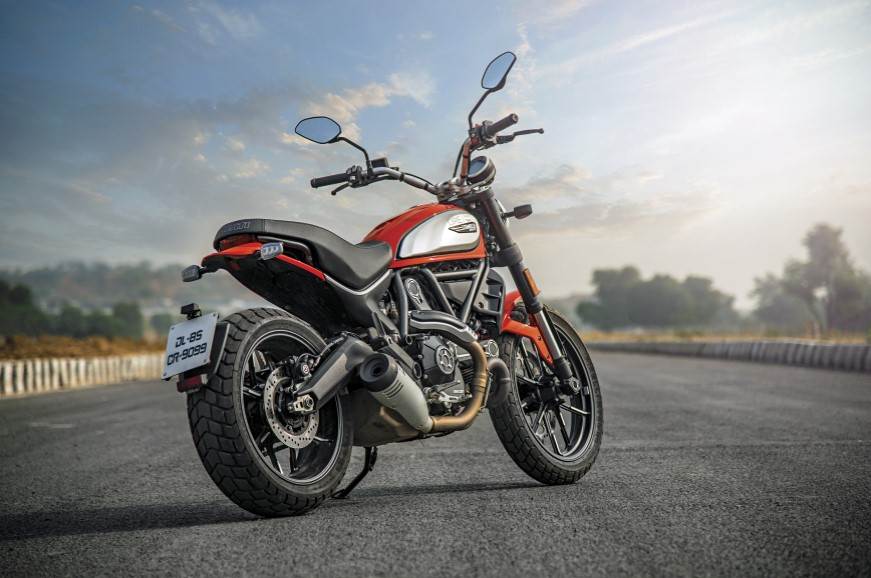 The Scrambler’s stance, especially when viewed from the rear three-quarter, looks purposeful.

At Rs 7.89 lakh (ex-showroom) it remains a rather expensive proposition, as it sits bang in the middle of some serious Japanese in-line four competition. That said, the Ducati Scrambler holds its own for the pure riding experience it brings; which it now delivers with an added sense of refinement.