New ‘Super Light’ Panigale V4 will feature the lightest and most powerful Desmosedici Stradale engine, and will put out a whopping 234 bhp! 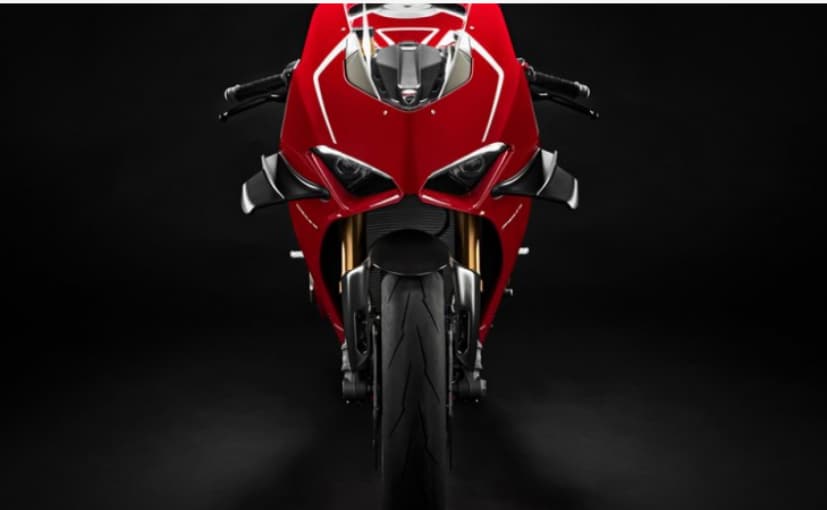 Ducati was expected to introduce a lighter, more powerful, and more expensive version of the Italian brand’s flagship superbike, the Panigale V4, and now a leaked document confirms that model, codenamed Project 1708. The Ducati Panigale Superleggera V4 will not only put out more power, but will have lighter bodywork and components, to make it closer to the Ducati MotoGP sportbike. And now, the leaked document lists out the specifications, and it promises to be a cracker of a performer, with 224 bhp of power on tap!

The engine will be lightest and most powerful Desmosedici Stradale R with lightweight camshafts, screws, and a dry clutch. According to the leaked document, the new model, dubbed Project 1708, boasts of maximum power of 224 bhp at 15,250 rpm, with peak torque of 115 Nm coming in at 11,750 rpm. The desmodromic camshaft timing is manually hand-set, and suspension and braking components include top-spec Ohlins kit, as well as Brembo Stylema calipers. 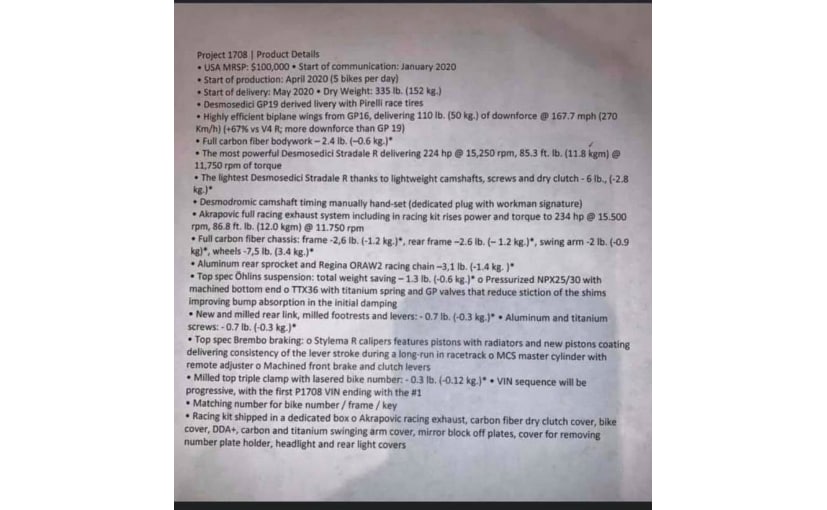 The leaked document lists out specs, as well as pricing and availability of the limited edition bike

According to one media report, none other than Ducati CEO Claudio Domenicali sent an email to a select group of Ducati customers , listing out the new limited edition bike, which will have a liberal smattering of carbon fibre body panels, carbon fibre chassis and other components. And all that translates to Project 1708 shedding a lot of weight over the Panigale V4R; as much as 41 kg over the V4R’s dry weight of 193 kg, to 152 kg. That’s quite fitting for the new ‘Superleggera’ – Italian for ‘Super Light’, but this special edition Panigale will be affordable for only a select few.

The document also shows the price, which is listed at a cool $1,00,000 (which is, under current exchange rates, over ₹ 70 lakh). The bike’s livery will come from the 2019 Ducati MotoGP program, and a dry clutch will come with the package. A limited edition model, with individual numbering, only 500 of the new Panigale Superleggera V4 will be made. Production is slated to begin by April 2020, with deliveries beginning by March 2020.