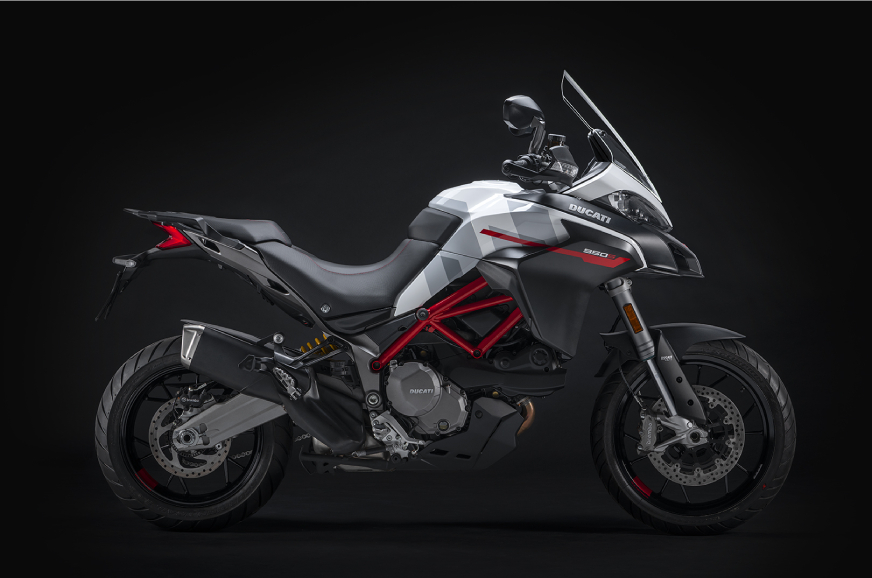 Ducati’s motorcycles are almost synonymous with the colour red, but lately, the Italian manufacturer has made them available in more than just its traditional colour. Last week, we saw the Panigale V2 in a White Rosso colour scheme, and now, the Multistrada 950 S has received a new GP White livery.

Taking cues from Ducati’s MotoGP bikes, the new colour scheme features a white base with bands of grey on the body panels, and a red frame. The GP White colour will be available on both, the spoked wheel and alloy wheel variants of the 950 S. Ducati has made no changes to the rest of the bike and its mechanicals.

The Multistrada 950 S is the top-of-the-line variant from the baby Multi line-up and is powered by a 937cc V-twin engine that produces peak figures of 113hp at 9,000rpm and 96Nm of torque at 7,750rpm. The features on offer include Ducati Skyhook Suspension (DSS), cruise control, backlit switchgear, a hydraulic clutch and a bi-directional quickshifter.

All two-wheeler helmets must have ISI mark from June 1, 2021