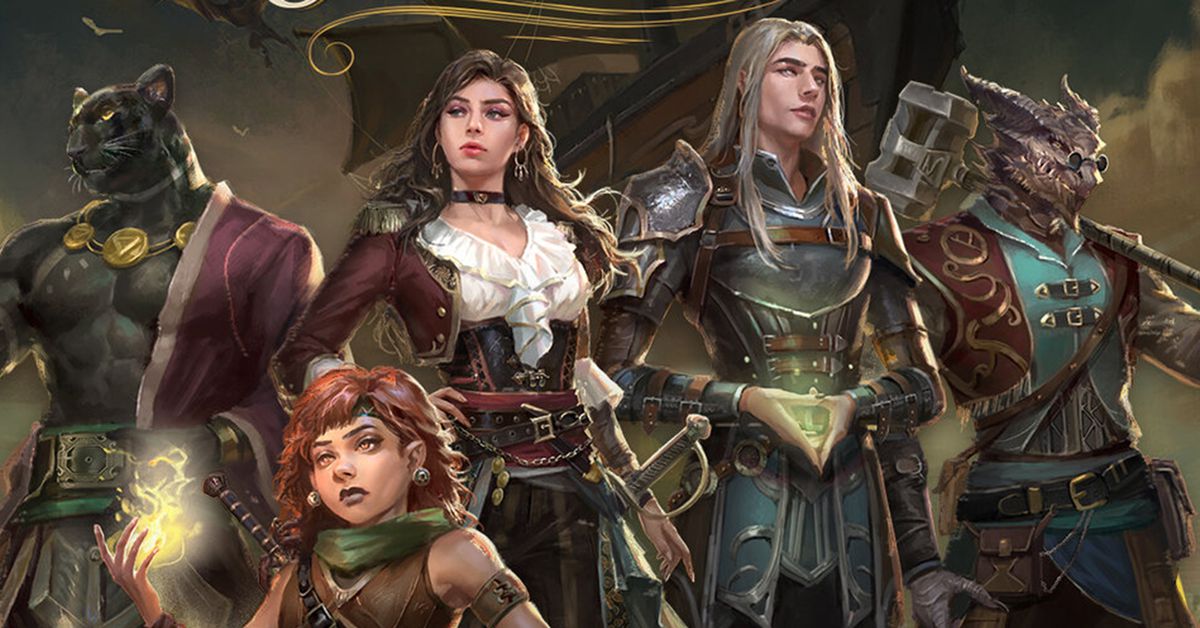 
Tracy Hickman and Laura Hickman, the husband and wife team behind the original Dragonlance and Ravenloft settings, have announced a new and ambitious project. Called Skyraiders of Abarax, it’s described as a “5E-compatible experience” that will be “discovered through magical books.” The project will appear on Kickstarter this fall.

The Hickmans have been developing adventures for D&D since the 1970s. Their homebrew Ravenloft adventure would eventually give birth to Strahd von Zarovich, one of the franchise’s most iconic villains. Later, with the help of Margaret Weiss, they would flesh out the world of Krynn — both in the Dragonlance Chronicles novels, and in a series of popular adventure modules published by TSR.

Not much is known about Skyraiders of Abarax at this time, other than the hints that Tracy Hickman has been dropping on social media. Art shows flying ships, nautical dress, a humanoid panther, and flying dragons. Things kicked off on July 19 with a fragment of a poem, which carried over into an additional posts on Sept. 1. We’ve included all the lines in sequence, along with some additional language from Instagram. The same poem is also available once you sign up for a newsletter.

This year has seen a number of high-profile, third-party settings that use the rules of 5th edition Dungeons & Dragons as their foundation. Also known as the System Reference Document (SRD), publisher Wizards of the Coast offers those rules as an open-source toolset that can be used to create new products. It’s the same framework that underpins the Ouroboros: Coils of the Serpent setting, from former Blizzard executives Chris Metzen and Mike Gilmartin, and the upcoming book Tal’Dorei Campaign Setting Reborn, from the team at Critical Role.

It’s important to note that Tracy Hickman hasn’t been resting on his laurels since the 1990s. He’s been heavily involved in worldbuilding and narrative design for The Void, an untethered, room-scale virtual reality system pioneered by his son, Curtis Hickman. More than just a headset, The Void was marketed as a genre-bending transmedia experiment orchestrated by Tracy Hickman with unique technical elements designed by Curtis Hickman, who is also a professional magician.

It’s notable then that the landing page for Skyraiders makes mention of a “unique ‘Living Tome System,’” but provides no explanation of what that could be. The first newsletter also implies a partnership with Joe Bourrie, a senior designer at The Void, and Kim Bourrie, a veteran designer who previously worked for Electronic Arts.

Polygon has reached out to Tracy Hickman for more information.