Director Imtiaz Ali shared a throwback image recently; that of his first car, the Maruti 800 and its first road trip going to Goa. 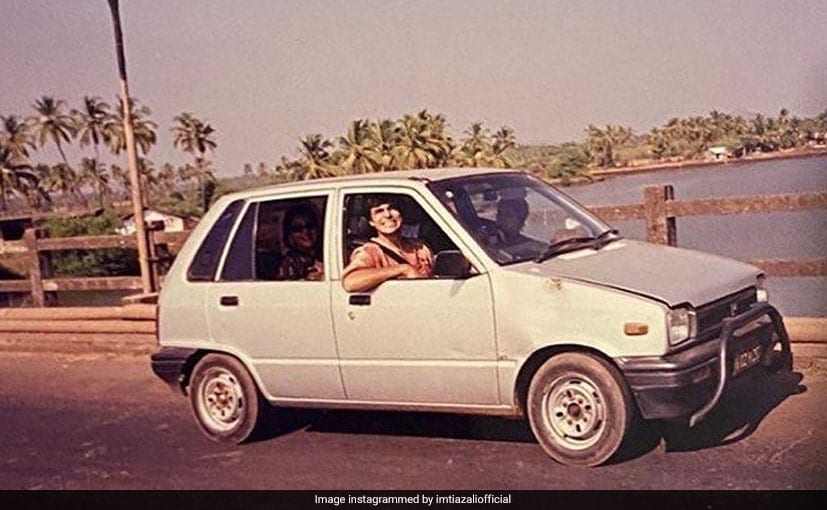 Ace director Imtiaz Ali is known for his movies that often have a breath of fresh air. The movies also tend to have a road trip underlying there somewhere. If you ever thought that the director’s love for the road was restricted on the celluloid, well that’s not the case. The road trip bug bit Ali a long time ago and proving the same was a throwback photo that he shared on his social media handles recently. Interestingly, we also got to know about his very first car, which like a lot of us, was the Maruti 800.

In a post on Instagram, Imtiaz Ali shared a picture of his Maruti 800 in what was the car’s first ever road trip to Goa. Much like all of us, the Jab We Met has been going down the memory lane and has been sharing candid pictures from the years gone by. Ali’s picture certainly brings back the 1990s era where cars were small and few, the roads were open and the camera roll had a limit of just 36 photos. Simpler times, we say!

Ali also shared an interesting trivia about his Maruti 800 in the comments section. Responding to a user who pointed that the car’s bonnet was open, he explained that the car always had that issue. The bonnet remained open when he drove it from the dealership and continued to be that way till years later, even after he sold it off. The grey Maruti 800 also probably made an appearance in the movie Black Friday, something another user pointed out to the director.

The Maruti 800 remains an icon in India and something that Indians will relate to almost immediately. For the aspirational middle-class of the ’80s and ’90s, this was statement of making it big in the most humble way possible. While Ali has traded up to the BMW 6 Series GT today, the 800 brings in some fond memories for him and for us.

Do you remember your first car? Tell us about it on our social media handles.