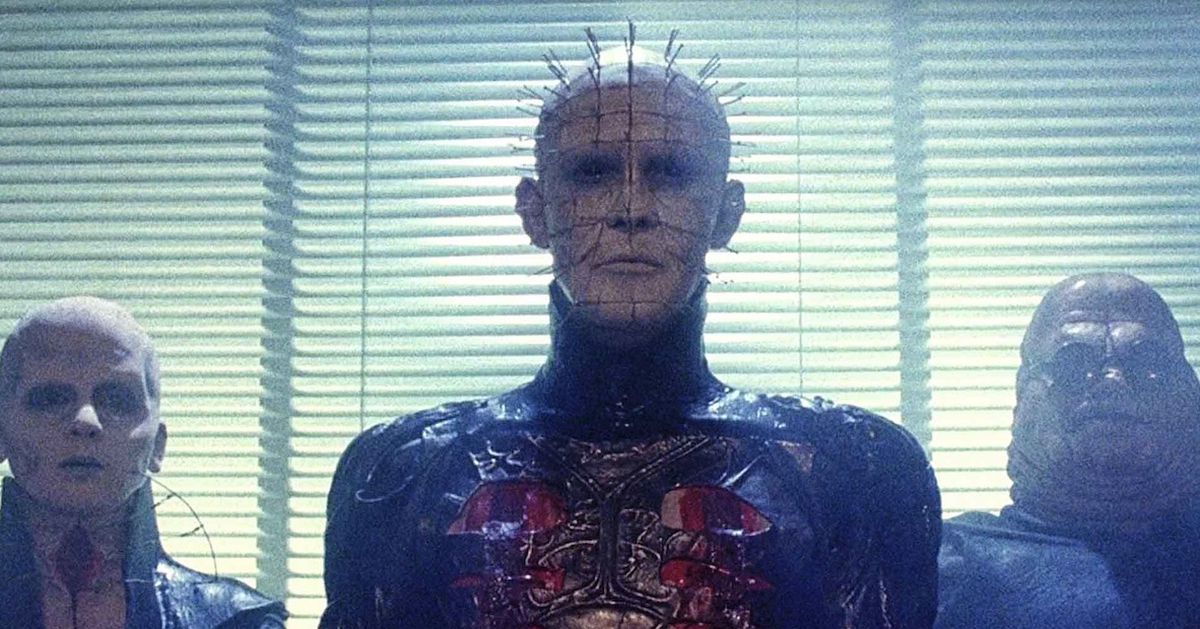 
Horror game Dead by Daylight’s next chapter will apparently bring the Hellraiser film franchise into the fold, based on a series of teases from developer Behaviour Interactive. That will likely mean the addition of Pinhead (aka the Hell Priest, aka Xipe Totec), the lead Cenobite of Clive Barker’s sadomasochistic demon gang, as the next Dead by Daylight killer.

Behaviour Interactive’s teases have quickly been deciphered by the Dead by Daylight community. The studio sneaked the letters R-A-I-S-E into a series of tweets and images over the past week, and the letters H-E-L-L into an audio file recently posted to Discord. A video teaser released Friday also subtly hints at Hellraiser, showing staticky, VHS-style footage of flower blossoms that evokes a scene from the original Hellraiser movie from 1987.

That’s the good news. The bad news for Dead by Daylight fans is the impending loss of another license: Netflix’s Stranger Things. Behaviour Interactive announced Monday that characters Nancy Wheeler, Steve Harrington, and the Demogorgon will no longer be available for purchase as DLC as of Nov. 17. Dead by Daylight players who already have those characters will still be permitted to play with them after that date, but the Hawkins National Laboratory Underground Complex map will no longer be playable.

Behaviour is giving Stranger Things fans a chance to get that expiring content at a discount. before it goes away. Steve, Nancy, and the Demorgorgon (and cosmetic DLC for all three) are currently on sale for 50% off.

Dead by Daylight’s Stranger Things content was added to the game in September 2019. Since then, Behaviour has added licensed killers such as Pyramid Head from Silent Hill and the Nemesis T-Type from Resident Evil, alongside original characters like K-pop killer Ji-Woon Hak and creepy conjoined twins Charlotte and Victor Deshayes.

How Y: The Last Man drew on Nancy Pelosi and Ivanka Trump