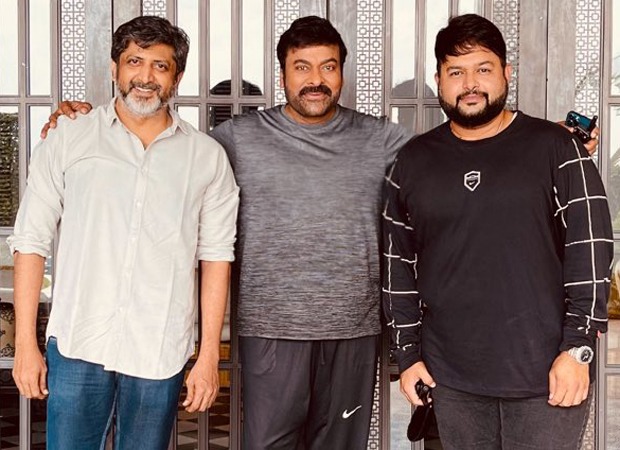 
The action sequence for Chiranjeevi’s 153rd film began on Friday in Hyderabad, under the supervision of Silva Stunt. Director Jayam Mohan Raja released a shot from the set of the film on social media.

The director wrote in the caption, “With the blessings of parents and well wishers starting next journey, this time a Mega one. Getting set with an amazing team.”

With the blessings of parents and well wishers starting next journey, this time a Mega one
Getting set with an amazing team
Dop #Niravshah
Art dir @sureshsrajan
Stunt @silvastunt #Chiru153 #megastar153#shootstarts pic.twitter.com/puSMuJP4Ju

The cinematography for the film is handled by Nirav Shah, and the production design is handled by Suresh Selvarajan. The film’s music is composed by S Thaman. The film’s cast has yet to be revealed, but if speculations are to be believed, Nayanthara and Satyadev have been cast as crucial characters in the film.

Chiru153 is a Telugu version of the Malayalam film Lucifer, which was a box office success in Kerala. In collaboration with Konidela Production Company, NV Prasad is producing the film.

Aside from this film, Chiranjeevi’s next appearance will be in Acharya. He’s also working on a remake of Vedhalam and a film with filmmaker Bobby.