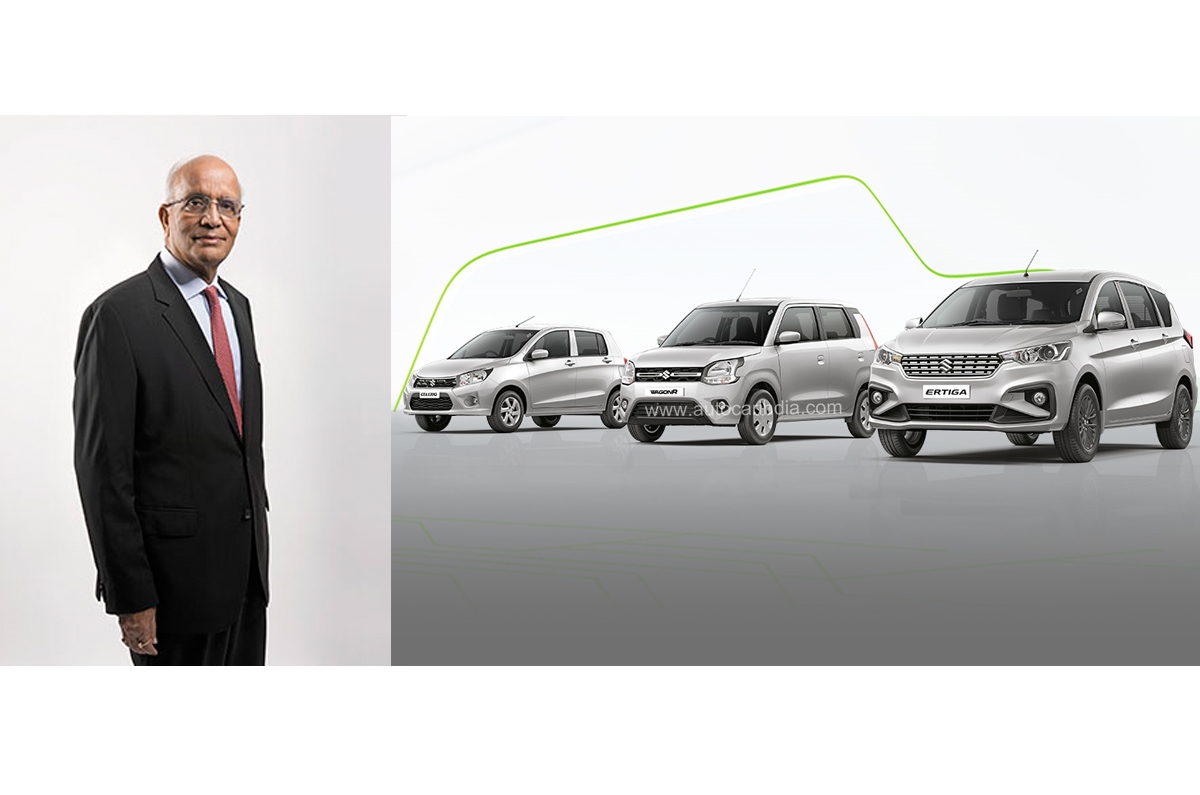 Conspicuous by its absence among all the EV fanfare in India is the country’s largest automaker – Maruti Suzuki. While central and state governments, manufacturers and infrastructure providers are all steadily getting into the EV ring, Maruti has so far steered clear. Apart from testing an electric version of the Wagon R, the company has done little else in the EV space.

According to Maruti Suzuki chairman, RC Bhargava, it’s all part of the plan. “Our strategy for moving towards net zero emission has to be consistent with the economic and infrastructure conditions prevailing in the country,”

Market penetration of electric cars in India limited by cost

Speaking of emissions, Bhargava pointed out that, unlike other developed countries, emissions from cars in India is comparatively small, as vehicle penetration itself is very low. He further added, “Two-wheelers consume about 60 percent of the total petrol used for personal transportation and the emission standards for two-wheelers that were produced till March 2020 was lower than that for cars. The emissions from two-wheelers is thus much higher and the government has rightly prioritised electrifying two-wheelers.”

With the per capita income in India at about 5 percent of that in Europe or Japan, personal transportation is dominated by two-wheelers and the ability of a large number of people to buy expensive cars in India is limited. Thus, making a business case for electric cars is quite difficult. “Not only do two-wheelers sell in large numbers, but 77 percent of cars sold are less than four meters in length and lower in cost. No other developed country has such a high sale of small cars,” said Bhargava.

Given the resources and research currently being devoted to EV development, the cost of EVs and the dependence on lithium – procurement of which poses some issues – will eventually come down.

However, as Bhargava says, “The time-frame for all of this to happen is not certain, but meanwhile we do need to reduce the import of oil and harmful emissions. Fortunately, in our market the use of CNG, particularly for small cars, has proved very acceptable to customers.”

Thus Maruti Suzuki is working towards improving the technology for CNG as well as hybrid cars, which can contribute to significantly reduce fuel consumption and emissions. It was also pointed out in Maruti Suzuki’s annual report that despite overall sales declining by 8 percent in the domestic market in FY 2020-21, the sale of CNG vehicles grew by nearly 50 percent.

Of course, going down the electric path will be inevitable and Maruti will be doing so with its partner Toyota. However, we are very likely to see more CNG and strong hybrid cars before we see the company’s battery electric cars rolling on our roads.