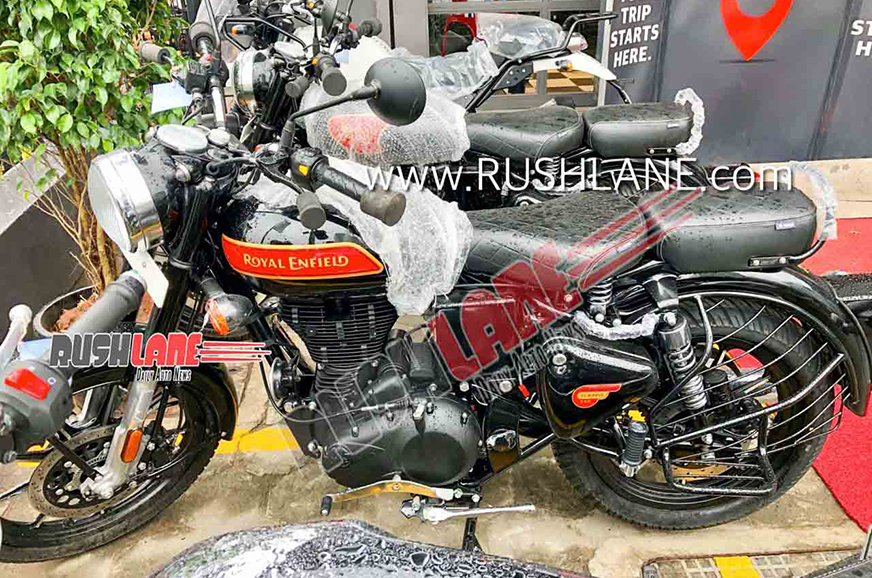 The new Classic 350 uses an updated BS6-compliant version of the single-cylinder unit seen on the current model.

Earlier this month, we’d brought you the news that Royal Enfield will be updating its current 350cc single-cylinder platform to comply with the BS6 norms. Now this new Classic 350 has begun reaching dealerships. This bike is not the next-generation model that was spied testing multiple times over the last few months, as that platform is rumoured to be ready for production only later in 2020.

The Classic 350 seen in the images is supposedly the bike updated to the BS6-compliant engine. While we await official confirmation and other details of the bike, its blacked-out engine, alloy wheels, new paint scheme, and different tank badging is clearly seen.

Prices of the bike are yet to be revealed but we could expect to see a minor hike from the Rs 1.53 lakh price tag on the current base BS4 Classic 350 motorcycle.

As for the next-gen machines, the spy pictures have revealed them to be completely new from the ground up. The frame appears to have moved to a double-cradle design, while the motor is expected to shift to an overhead camshaft design, leaving behind the ageing OHV head layout seen in the current 350cc range. The bikes also appear to wear fresh designs, but won’t be too much of a departure and will be instantly identifiable as Royal Enfields.

The next-generation Royal Enfield single-cylinder motorcycles hold plenty of promise in terms of offering an improved riding experience; and while that’s exciting for buyers, it appears that there’s still quite a wait before they hit the market.