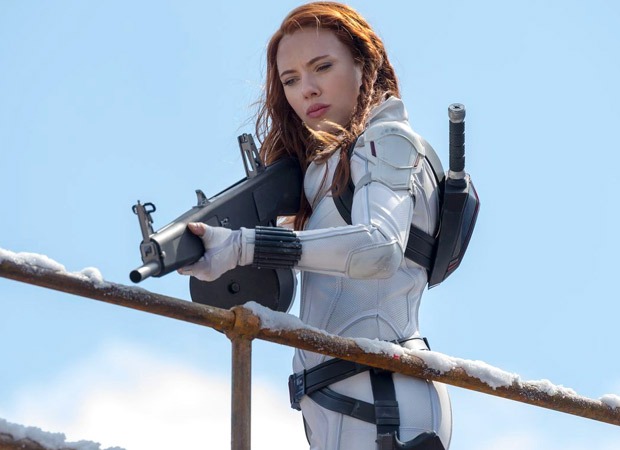 The Marvel Cinematic Universe has a fan following worldwide and India is no exception. Not just the Avengers film but even films on individual superheroes have done very well on the big screen, that too in multiple languages. Hence, the excitement was tremendous for the release of Black Widow, starring Scarlett Johansson. The film was all set to release last year, on April 30, 2020. But due to the Covid-19 pandemic, it was delayed repeatedly. Finally, it was released in cinemas in the USA, UK and other markets on July 9. Since most theatres are shut in India, the trade was hoping that it’ll find a release later on when the situation normalizes.

However, the industry and trade were left surprised when Disney+ Hotstar announced that Black Widow will be out on their platform soon. Some in the trade felt that the film would arrive on OTT after completing its theatrical release. But Bollywood Hungama has learnt that Black Widow won’t make it to the big screen in India.

A source said, “Black Widow was supposed to be released in India in cinemas. But due to the prevailing situation, no one knows when the cinemas would be open and whether people would turn up to see the film. Hence, the decision was taken to release it directly on Disney+ Hotstar. That way, viewers in India would be able to see it officially. The buzz for the film is tremendous among the audiences here. It’s sure to get a huge viewership.”

When asked when Black Widow will be out on Disney+ Hotstar in India, the source said, “The Disney team in India will take a call on this soon. But it’s expected to be out only in the second half of August. An announcement should happen before the end of July.” It is also said that the English version of the film will be available for those who have bought the Disney+ Hotstar Premium plan.

A trade expert sighs, “Last month, when cases had reduced and the state of Maharashtra had gone for a level-based unlock plan, there was excitement in the trade. We were confident that Hollywood biggies would bring in audiences and motivated by the response to these films, Bollywood filmmakers would follow suit. Black Widow was one of those films that we were all banking upon. But now there’ll be one less film that will come out in cinemas.”

More than a spy. More than an Avenger. It’s time to tell her story. Marvel Studios’ #BlackWidow is coming soon! pic.twitter.com/RD003I0BbH

Black Widow has earned more than $170 million worldwide till date. It has also simultaneously been released on Disney+ Premiere, a pay-per-view platform, in several countries wherein it reportedly earned around $60 million worldwide.

After Atrangi Re, Sara Ali Khan roped in for Aanand L...

Why the YA dystopia craze finally burned out

[email protected] - May 21, 2021 0
Suzuki, Aprilia and Vespa have joined Honda, Yamaha and many other two-wheeler companies in India to provide an extension on warranties and free...

Kriti Sanon hopes the rumour of her working with Hrithik Roshan...

This is what Suniel Shetty thinks about a reboot of Hera...

JioPhone Next Rollout to Commence Before Diwali, Reliance Announces