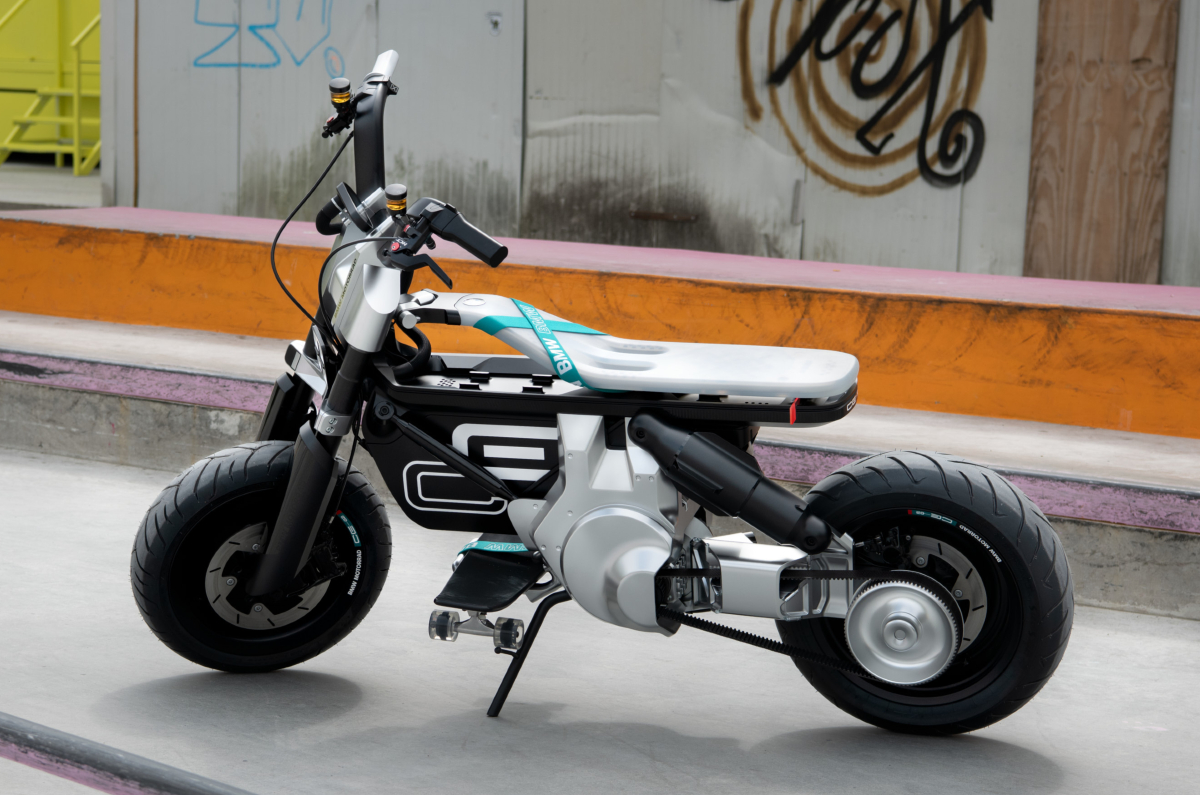 Not long after BMW Motorrad revealed its production-ready CE 04 electric scooter, it has showcased a lower-spec and more approachable CE 02 in concept form. While the CE 04 was a large maxi scooter, the Concept CE 02 is a simple urban mobility vehicle. BMW has described it as “neither a classic motorcycle nor a scooter”.

At 120kg, the EV weighs about the same as the current range of electric scooters on sale in India. It makes a claimed 11kW (14.9hp) and while the torque figure hasn’t been revealed, the company has said that it has a top speed of 90kph. The CE 02 also has a claimed range of 90km. The CE 04, in comparison, has a claimed top speed of 120kph and a range of around 130km. The mid-mounted motor sends its power to the rear wheel via a belt drive.

The EV also rides on 15-inch wheels with disc brakes at both ends. BMW has also revealed that it has a seat height of 730mm. The Concept CE 02 has some storage space above the battery packs and has brackets that allow mounting a skateboard below the vehicle.

Ola S1 vs Simple One vs rivals: Specifications comparison