Betaal — the four-part Netflix original that has Shah Rukh Khan as an uncredited producer — has been marketed as the first Indian series with zombies. Except they aren’t exactly zombies. Sure, they love to bite and turn humans to their cause. But they don’t pursue their prey rabidly. Instead, Betaal’s undead operate at the behest of their leader, who can command them and speak through them. After resurrection, the infected remember who they were and talk lucidly. Betaal adds an Indian touch to this as well, with the undead unable to walk past a combination of turmeric, salt, and ash.

Those are welcome updates in the overdone zombie genre. Unfortunately, Betaal doesn’t carry that spirit over to the rest of the Netflix series. The writing duo of Patrick Graham (Ghoul) — who has created, co-directed, and a cameo on Betaal — and Suhani Kanwar (Leila) deliver a three-hour horror series that operates in clichés and tropes, which makes Betaal feel like it belongs to the classic genre era. Graham and the team have talked about introducing Indians to zombies, but frankly, in 2020, there’s little need for that. Even those with a passing knowledge of horror know how zombies work. But Betaal has zero self-awareness, be it with its plot or characters.

For what it’s worth, there’s some attempt at socio-political commentary. In Betaal, tribal villagers are forcefully rehabilitated to make way for a highway, all in the name of “development”. They are labelled as Naxal, while the politician-builder nexus pays off counter-insurgents to remove them and clear a tunnel. That is where the counter-insurgents encounter an undead East Indian Company regiment.

Through all of it, Betaal touches upon the indifference of the political and middle class, the unquestioning, blind loyalty of the soldiers, and the greed of the former colonialists. What Betaal wants to say is that these are the real zombies, who are feasting on the flesh and blood of the underprivileged, but the message is buried, muddled, and superficial.

Betaal opens with a tribal ritual ceremony on the outskirts of the Nilja village in the heart of India, as they pray to a Lord Betaal. An elderly woman seemingly communicates with the idol and has troubling visions, before collapsing to the floor and exclaiming: “Don’t open the tunnel.” Cut to workers preparing to clear a tunnel under the Betaal Mountain, under the supervision of Ajit Mudhalvan (Jitendra Joshi, from Sacred Games). His wife and daughter Saanvi (Syna Anand, from Mere Pyare Prime Minister) have been forced to tag along for a press photo-op. But as the villagers begin to protest, and with a deadline hanging over his head, Ajit calls in a military favour.

That brings in Commandant Tyagi (Suchitra Pillai, from Karkash), the Baaz squad chief of the CIPD (Counter Insurgency Police Department), who asks those unhappy with their work to “go to Pakistan” during her TV appearances. Gladly working for Tyagi is her second-in-command Vikram Sirohi (Viineet Kumar, from Mukkabaaz), who seems to have slightly better morals. At the same time, Sirohi is obsessed with being “a good soldier”, which means he does as he’s told. That — staying true to oneself and obeying others — is an impossible balance, and why Sirohi has PTSD from an earlier mission, having seemingly killed a young girl who was a witness to a massacre.

Things take a troubling turn after the Baaz squad arrives in Nilja village. The villagers with sticks are no match for the CIPD that’s armed to the teeth, who raze and burn the village to the ground in the aftermath. But as the tunnel clear-up resumes and workers head in, things take an eerie turn — as they must, for the sake of the narrative. Further investigation by the CIPD reveals a platoon of undead dressed in British India-era attire with glowing eyes. Upon the advice of captured local Puniya (Manjiri Pupala, from Party), Sirohi and the rest head to a nearby abandoned British barracks for safety. They are followed by the undead, who can shoot — the bullets also infect — and play drums. 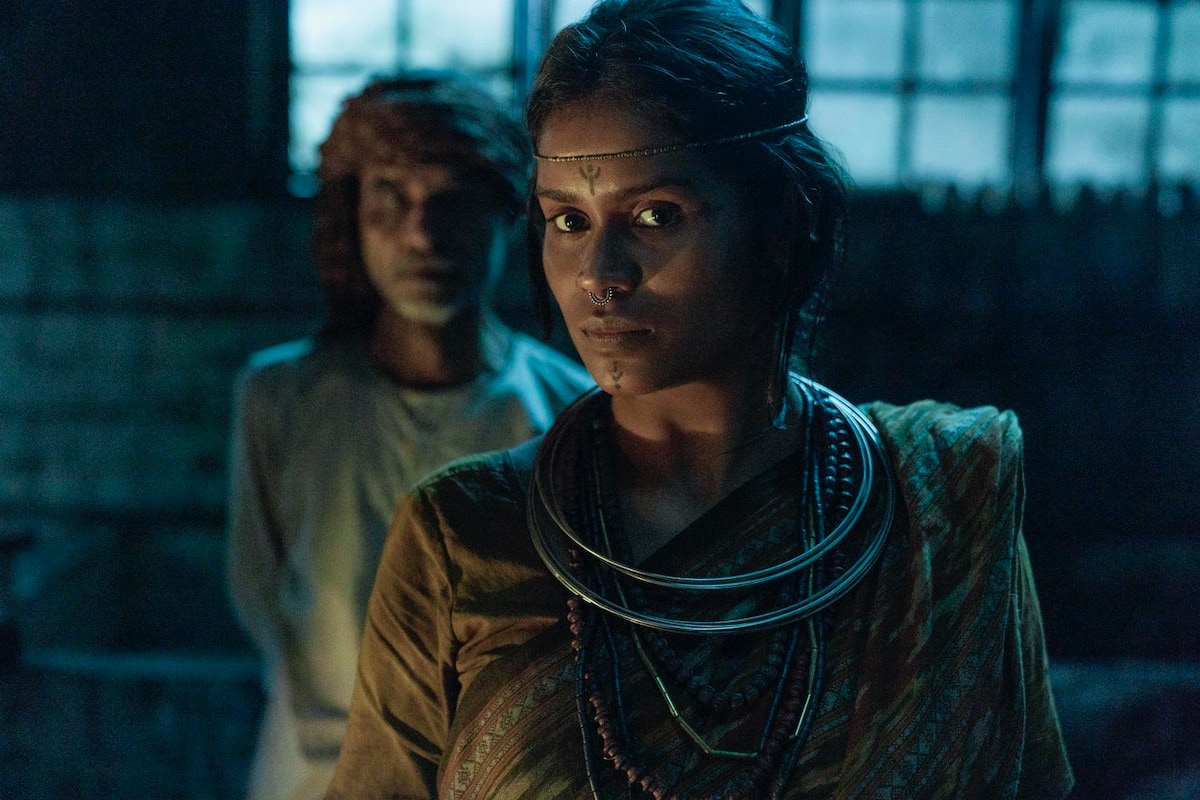 There’s plenty of material here that lends itself to black comedy, but Betaal is too self-sincere to recognise any of that. The closest it comes to delivering humour is over an hour in, when a CIPD sniper curses the British for stealing India’s evil spirits — which is said to be behind their power — having already stolen everything from the land to resources in the colonial past.

Betaal also throws in jabs about “hard Brexit” (ill-fitting) or Jallianwala Bagh (pop patriotism), but the common problem is that it’s all on the surface. There’s no depth to any of it. To make matters worse, the Netflix series is more successful at being unintentionally humorous.

After the CIPD holes up in the British barracks, one of them notices that the chief Tyagi’s hair has suddenly turned greyish white. The squad medic says “shock” might be behind it, and everyone else casually accepts that as a valid reason. Are you kidding me? As you can expect, keeping Tyagi alive proves to be the bane of their survival. Unfortunately, characters — in this case, trained soldiers — behaving stupidly on Betaal becomes more common as the show goes on. In one situation, one of them casually walks up to a civilian whom they already know not to trust. Naturally, it results in death. That Betaal needs this to move its story forward is a sign of extremely poor writing. On top of that, it’s easily avoidable.

What’s equally annoying are Betaal’s expository troubles. Its motley of characters conveniently spout or discover information right when the audience needs that context. The start of the third episode is a long monologue that expands on the background of the East India Company regiment, after a book about them is found in the abandoned barracks. Okay then. As the second half of Betaal progresses, characters then chance upon the relevant passages that fit the ongoing storyline and set up future plot points.

And one character merely exists to serve as a narrative device. The only interesting character dynamic is the one involving Puniya and a CIPD member, which evolves from a place of heavy mistrust to co-dependence. Shame it has no time or space to go anywhere.

Part of the problem is that Betaal unfolds over the course of a single day, which doesn’t afford much room for character development or character arcs. Except that’s far from the only problem. It fails as a genre piece, it fails to say anything worthwhile, and ultimately, it fails its talented cast comprised of Kumar, Pillai, and Aahana Kumra (Lipstick Under My Burkha) among others. In trusting those who haven’t delivered previously — Khan’s Red Chillies was behind the irresponsible travesty that was Bard of Blood, while Graham’s Ghoul also fell short in both horror and commentary — Netflix has shown that it’s not learning any lessons from its mistakes.

Betaal is now streaming in Hindi, English, Tamil, and Telugu on Netflix.