The Benelli Imperiale 400 is the company’s first modern classic in India and is also the most affordable bike in the brand’s line-up.

Benelli launched five new bikes this year, but the most recent one – the Imperiale 400 – is undoubtedly the most important. How the Imperiale 400 fares in the market could define the brand’s future in India. This Benelli is a first of many things; it’s the company’s first modern classic in India, and also Benelli’s most heavily localised offering, making it the brand’s most affordable offering as well. But the reason for its importance to the brand’s future is that it aims to compete in the popular modern classic segment, which consists of huge numbers every month. We’ve ridden the Imperiale 400 extensively and are using this opportunity to tell you if this is the retro bike should be your choice.

If you like your motorcycles big, then you will be happy to know that the Imperiale looks and feels bigger than even the Royal Enfield Classic 350. The Jawa doesn’t even come close when it comes to the sheer size of the machine. What will also strike you about this bike is its well-rounded and proportionate design. You could easily mistake the Imperiale for a motorcycle from the 50s and 60s; and that’s saying something. The round headlight, teardrop-shaped tank, split seats, oval tail-light on the large fenders and wire-spoke wheels look properly accurate for this period. 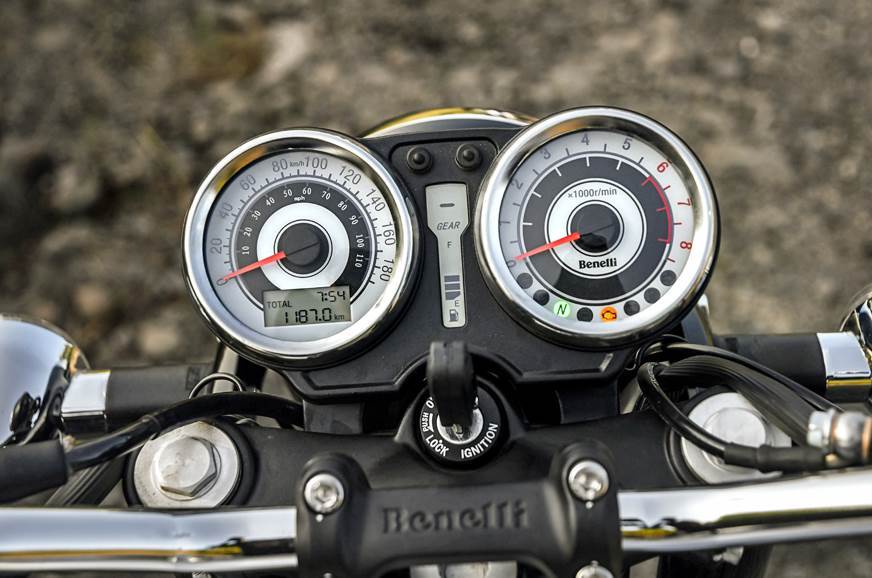 Complementing the retro design is the twin-pod instrument cluster. An rpm gauge is housed in the second pod, which is a worthy mention because it’s a segment-first feature. That’s not all, it also has a gear-position indicator and a fuel gauge. Speaking of fuel, the bike delivered around 30kpl in the city and 35kpl on the highway – on par with the bike’s direct rivals.

However, the biggest highlight of the Imperiale is its 374cc, air-cooled, single-cylinder motor. While its power and torque figures are nothing to write home about, its refinement levels are. The SOHC engine pulls quite well and stays far smoother than its direct rival, even when revved.

A 6-speed would have paired quite well with this motor, but the 5-speed isn’t bad and the bike does 100kph without much stress. That’s quite decent, when you consider the 205kg kerb weight – that, by the way, is the highest in its segment. However, Benelli has done a good job at masking the weight by the way it has engineered the motorcycle’s weight distribution. Handling is decent and it’s quite surefooted for what it is; its grippy TVS Remoras tyres deserve a special mention. The ride quality is pliant and the bike doesn’t bottom out easily, although the rear suspension can feel bouncy on uneven roads. The massive motorcycle also comes to a halt quite quickly despite the single disc setup at the front. However, brake feel for the rider isn’t great – the front brake lever sticks out too much, despite being adjustable. 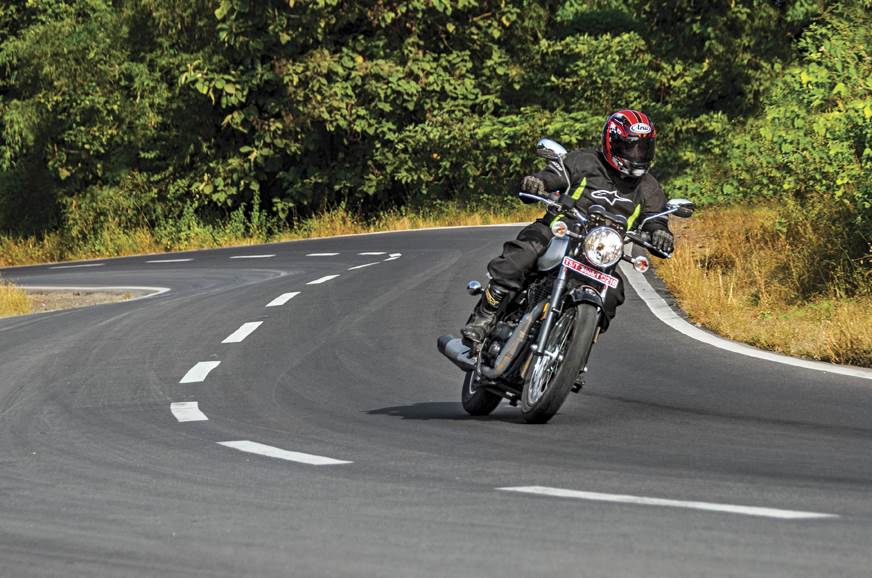 When I first rode the Benelli, I thought it was a motorcycle that was designed purely to one-up the Royal Enfield Classic. However, after having spent some time on the saddle I realised that it is quite compelling on its own, offering a similar riding experience, while somehow standing apart. Yes, the Jawa Forty Two offers more on paper than the Imperiale 400, but the Forty Two lacks the authentic, low-end torque-dominated riding experience that you would expect from classic motorcycles like this.

To answer the question that we raised at the start: yes, the Benelli Imperiale 400 currently does the best job of offering the good feelings of riding a retro bike, without many of the common downsides.