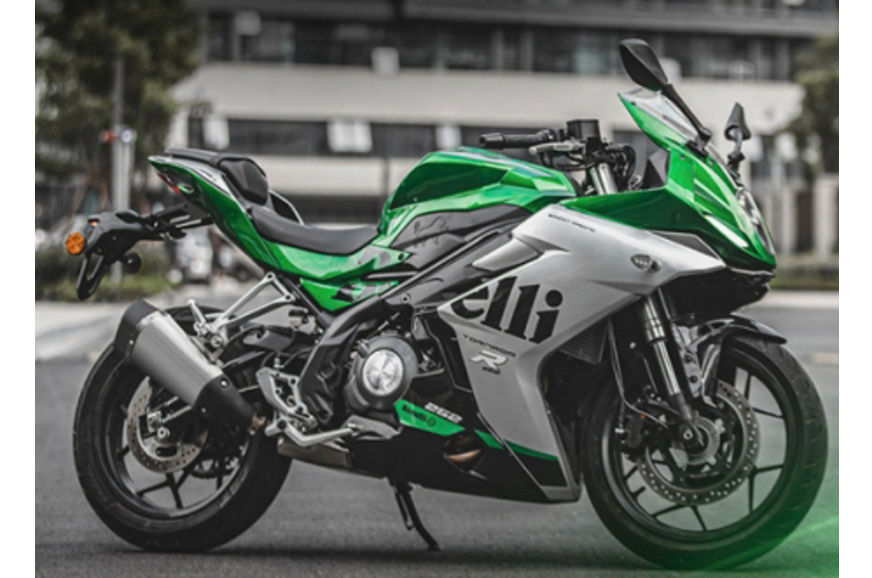 Benelli has unveiled its new quarter-litre sport bike, the 252R.

Benelli has made a name for itself as a manufacturer of sweet-sounding twin-cylinder engines, and the latest in the lineup is the new 252R sport bike. It is powered by a 26hp, 24Nm, 249cc DOHC parallel-twin engine. For reference, something like the single-cylinder Gixxer Suzuki SF 250 manages 26.5hp and 22.2Nm.

Despite the extra cylinder, the 252R’s output figures aren’t exactly mind-blowing, so it is quite likely that Benelli has gone down its usual route of tuning the engine for a great exhaust note and friendly power delivery, rather than outright performance.

With 177kg to lug around, the 252R certainly isn’t going to be the quickest quarter-litre sport bike out there, but it certainly will be one of the most striking to look at. It derives most of its styling cues from the 2021 302R, so the oval headlight on the front fairing is surrounded by scoops, vents and cut-outs. The 252R also has a muscular fuel tank that holds 14 litres, neat side fairings and a tail-section that looks as aerodynamic as the front.

Benelli has launched the bike in China at 25,800 Yuan, which works out to Rs 2.94 lakh. There isn’t much of a market for twin-cylinder 250s in India, so if Benelli does bring something in this displacement range to India, we think it will be the 302R instead.