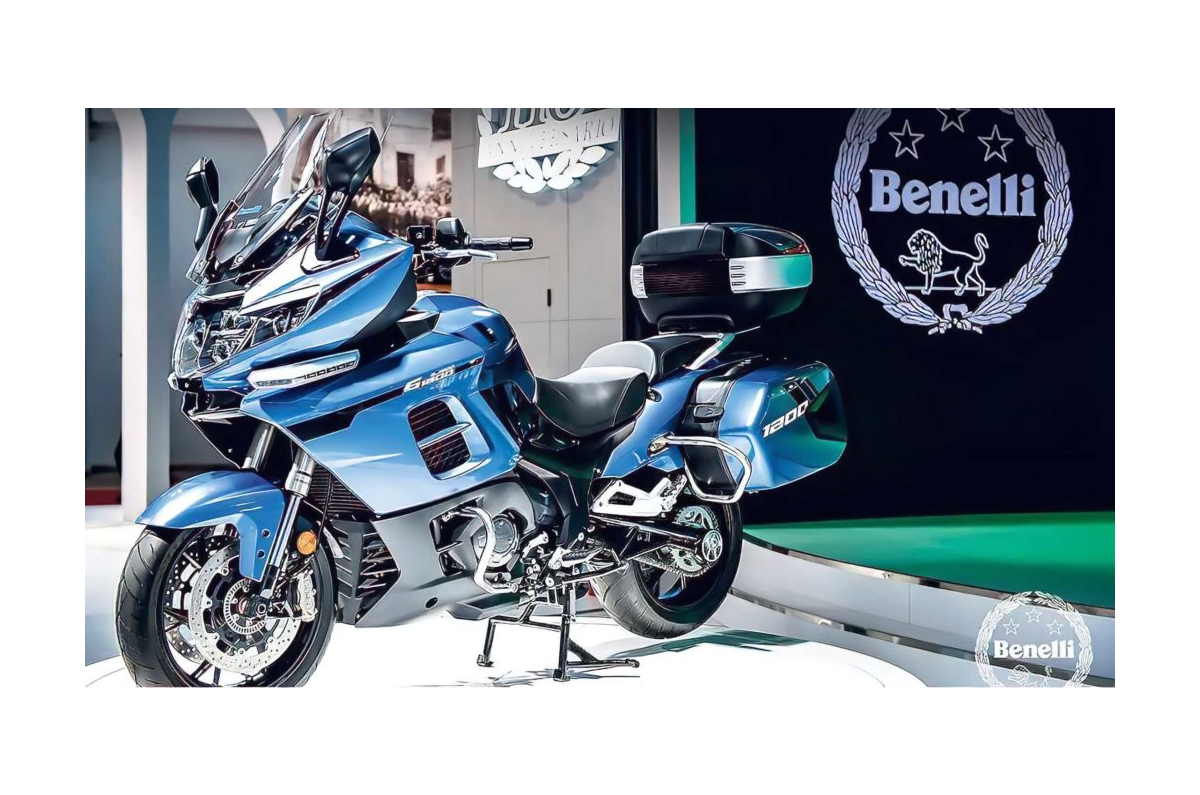 Benelli has unveiled the 1200 GT, its first big-capacity touring motorcycle, in China. The Benelli 1200 GT is packed to the brim with features and is priced much lower than the competition, in its home market.

The big talking point about the Benelli 1200GT is the 1209cc, triple cylinder engine that’s an evolution of the Benelli Tornado Tre’s 898cc engine. It develops 134hp at 9,000rpm and 120Nm at 6,500rpm. This makes it the largest Chinese-made motorcycle to go on sale in the country. However, that title may be short lived as CF Moto is said to be working on a bigger motorcycle powered by an engine based on the KTM LC8 V-twin. Nevertheless, the Benelli 1200GT is capable of hitting speeds in excess of 200kph, which is fast enough for a big GT machine weighing over 300kg.

We’ve heard the term loaded to the gills and it fits the Benelli 1200GT when it comes to features. The list includes an electrically adjustable windscreen, folding mirrors, tyre pressure monitoring system, navigation and more. Interestingly, Benelli has ditched the part analogue part digital instrument panel on the prototype motorcycle for a snazzier, 15-inch full TFT display. But the party piece is a set of front and rear facing cameras that provide information about traffic around the bike, to the rider.

The prototype motorcycle seen last year and the production 1200GT looks identical, save for minor tweaks to the front end. The design is quite striking to look at, with a huge fairing, headlamp cluster and chunky fuel tank.

The ergonomics seem pretty relaxed with a stepped seat and high mount handlebar. The tail end, in contrast to the front, is minimal, to accommodate the panniers and top box. In terms of equipment, the bike gets radially mounted Brembo brakes, Bosch ABS, USD fork and an adjustable monoshock.

The Benelli 1200GT is priced at 99,800 Yuan or Rs 11.453 lakh. That makes it significantly cheaper than a similar touring motorcycle, such as the BMW R1250 RT, in the Chinese market. Nevertheless, that’s the price of the Benelli in its home market and it should cost more once it goes on sale in the European market. As far as the Indian market is concerned, the chances of the 1200GT being launched here are slim. At present, Benelli India is concerned with expanding presence in the market, with recent launches such as the BS6 TRK 502.

Benelli Leoncino to get more displacement and power