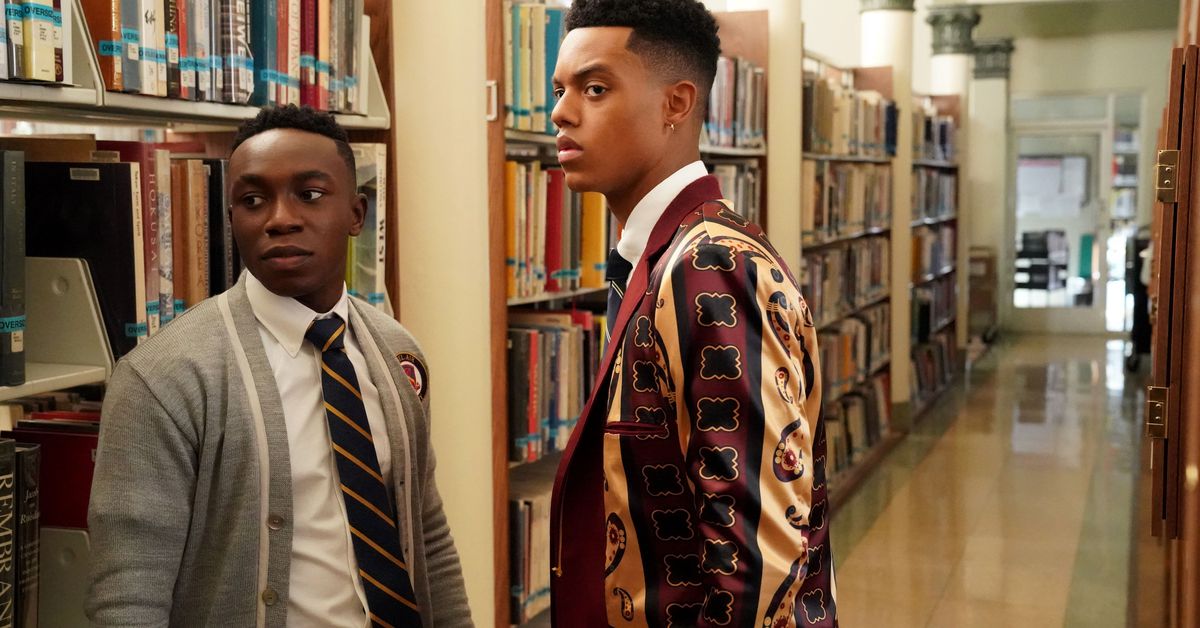 Peacock have released the first trailer for Bel-Air, the one-hour series based on the hit ’90s sitcom The Fresh Prince of Bel-Air.

Set in contemporary America, the trailer recounts the early days of Will’s (Jabari Banks) journey to Los Angeles, from his fateful confrontation on the streets of his hometown of West Philly, his subsequent arrest, to arriving at doors of his uncle Phil’s (Adrian Holmes) palatial mansion and meeting his estranged cousin Carlton (Olly Sholotan). Familiar names and events aside, the differences in tone between the old series and Bel-Air could not be more starkly apparent.

Executive produced by Will Smith and co-written and directed by Morgan Cooper, whose viral 2019 trailer inspired the series’ premise, Bel-Air promises a more “raw” and grounded depiction of Will’s story of growth and redemption. Far from the social butterfly seen in the original show, Banks’ Will struggles to settle into his new life in Bel-Air amid his tense relationship with his status-obsessed cousin and the pressures placed on him. In overcoming his challenges adjusting to his new school and responsibilities, Will will have to let go of the past and embrace the chance at a new life he has been given.

The Raid broke me mentally — and almost physically

Why Peacemaker sticks to a ‘mirrorball helmet,’ according to James Gunn

[email protected] - January 3, 2022 0
When philosopher William James first coined the term “multiverse” in 1895, he didn’t actually mean “multiple universes.” He was trying to...

Salman Khan opens up in detail about the snake bite incident...

Click-and-mortar is a better model for healthcare – TechCrunch