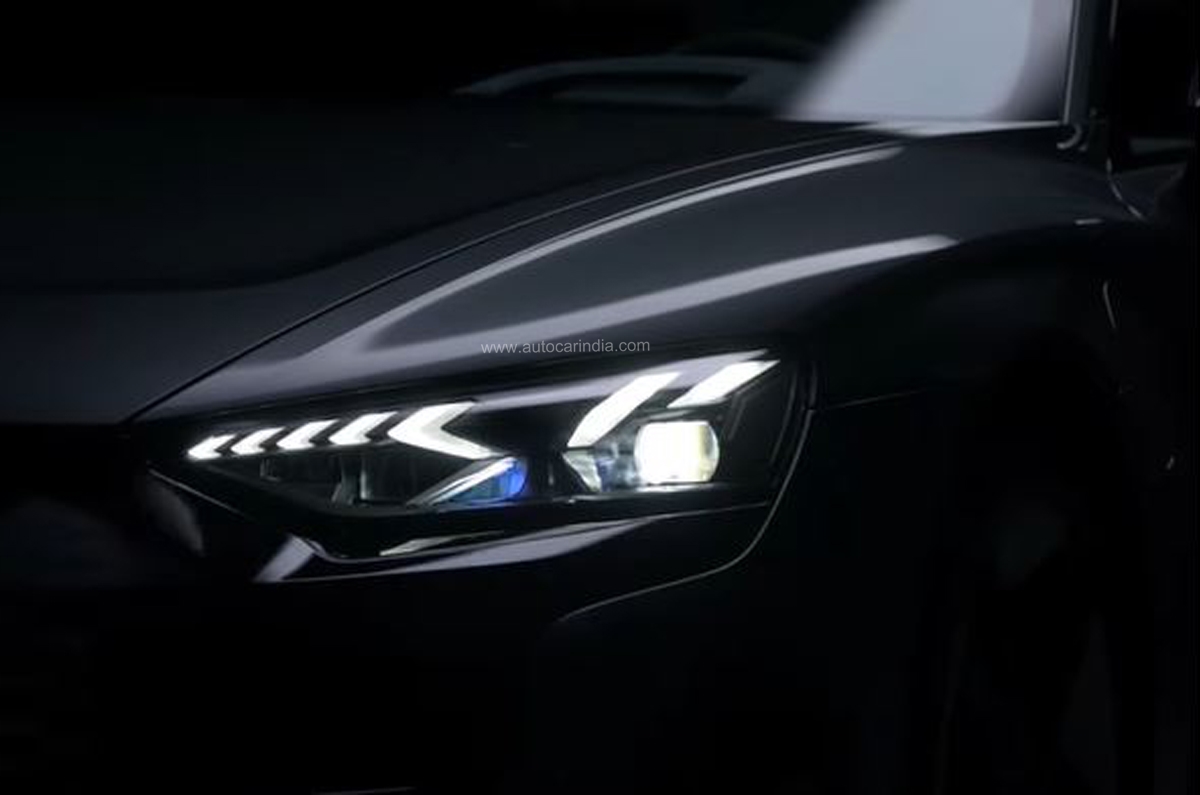 Hot on the heels of the launch of the e-tron and e-tron Sportback last month, Audi India has teased its next electric model for India – the e-tron GT. While the carmaker hasn’t confirmed a timeline for the launch as yet, the Audi e-tron GT is expected to go on sale in India by October 2021.

Audi e-tron GT: what do you need to know?

The Audi e-tron GT is a four-door coupe and shares its underpinnings with the Porsche Taycan. The e-tron GT is available in two versions globally – a regular S version and a sporty RS performance-oriented version.

The standard e-tron GT quattro features a 238hp electric motor powering the front axle and a 435hp motor at the rear axle. Both motors produce a total output of 475hp and 630Nm. The top speed is 245kph, with 0-100kph achievable in 4.1sec. Interestingly, the e-tron GT uses a 2-speed transmission for the rear motor, with a short-ratio first gear for acceleration and a long-ratio second gear for greater efficiency and high-speed performance.

Both versions of the e-tron GT draw power from an 85kWh battery pack. Audi claims a range of 488km for the standard e-tron GT and 472km for the RS e-tron GT.

In terms of design, the e-tron GT has a four-door coupe-like stance, with a heavily sloping roofline, wide track, broad shoulder line and low bonnet. There is also a new interpretation of Audi’s single-frame grille on the e-tron GT where the honeycomb-pattern is painted in the body colour with a black surround. Other design details include LED headlights and tail-lights with animations for the ‘coming and leaving home’ function.

On the inside, the e-tron GT features a single 10.1-inch touchscreen infotainment system with physical buttons for the climate control; unlike the dual-touchscreen layout newer Audi’s sport. The e-tron dash’s central stack is tilted towards the driver, while the central tunnel houses a small shift-by-wire gear selector switch. Other features include a 12.3-inch digital instrument cluster, connected car technology and a wide variety of driver assistance and safety systems.

In an interview with Autocar India following the launch of the e-tron SUV and Sportback, Balbir Singh Dhillon, Head, Audi India, had said, “We are starting with these cars, but you will hear from us again within this year to launch even more e-trons,” alluding to the imminent launch of the Audi e-tron GT.

Audi is targeting at least 15 percent of its sales to come from EVs in India by 2025 and keeping in line with the carmaker’s global strategy, Audi will be bringing in more e-tron models in the years to come. As such, the German marque already has the Q4 e-tron in its global portfolio, and is also working on the A6 and Q6 e-tron.

The carmaker has also said that it will consdier local assembly of EVs if it achieves its goal of having 15 percent of its total sales from EVs by 2025.