Akshay Kumar is one of the most respected actors of the industry who has been giving back-to-back hits this year beginning with Kesari, then Mission Mangal, to Housefull 4 and now moving on to his upcoming film Good Newwz. The actor is known to choose scripts that manage to leave a mark on his huge fan base. Known for performing his own stunt, Akshay Kumar justifies the nickname Khiladi Kumar thoroughly. 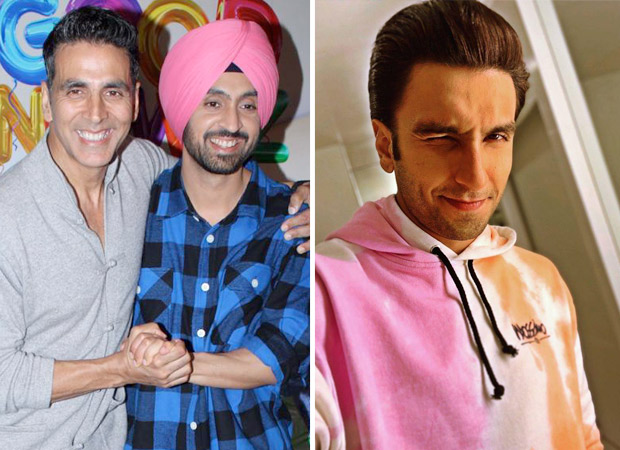 In an interview with a leading daily, Akshay Kumar revealed that his Good Newwz co-star, Diljit Dosanjh has a great comic timing and they hit it off very quickly, partially because of their Punjabi connection. He also spoke about how he is protective of Kareena Kapoor Khan since he knows her from the time she was nine years old. As we’re all aware, Akshay Kumar has worked in quite a few films with Karisma Kapoor and Saif Ali Khan respectively and for that, his connection with Kareena is all the more special.

Coming to his upcoming cop film, Sooryavanshi, the film has been the talk of the town since its announcement. The news about Ajay Devgn and Ranveer Singh doing cameos in the film as Singham and Simmba respectively spread like wild fire. Speaking of Ranveer Singh, Akshay Kumar revealed that Ranveer Singh is like a kid in a candy store on the sets, always jumping around and having fun. Reuniting with Ajay Devgn after Insan also feels great as the two got to relive their good ol’ days.

He will be working on Bachchan Pandey as soon as the promotions for Good Newwz comes to an end.