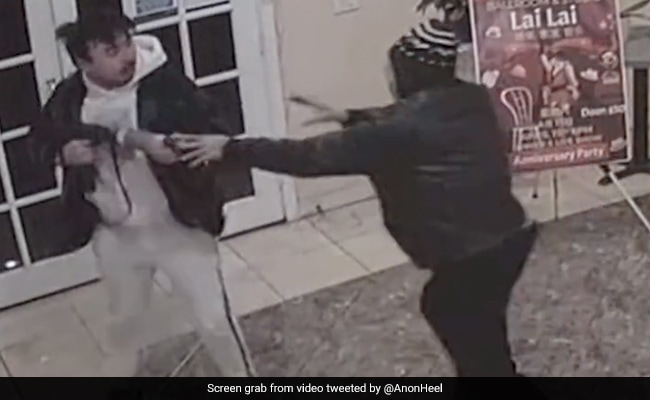 A video has gone viral on social media that shows a young man grappling with a 72-year-old suspect in a mass shooting in the United States. The young coder – 26-year-old Brandon Tsay – was working at his family-run dance hall in Alhambra when he saw 72-year-old Huu Can Tran. He did not know the gunman had killed 11 people just minutes earlier at another dance hall. As soon as he saw him, Mr Tsay lunged at the man and eventually disarmed him, averting another tragedy.

Mr Tsay told the New York Times (NYT) that he found himself staring at a gun pointed directly at him. “My heart sank, I knew I was going to die,” he said.

The video shows Mr Tsay grabbing the barrel of the gun and engaging in the fight of his life. The fight was happening in the lobby of the studio.

“He was hitting me across the face, especially in the back of my head. I was trying to use my elbows to separate the gun away from him,” Mr Tsay later told ABC.

When he finally got hold of the gun, he pointed it back at the suspect and yelled “Go, get the hell out of here,” according to the NYT report.

“He was just standing there contemplating whether to fight or to run away,” Mr Tsay told ABC. “I really thought I would have to shoot him.”

But the suspect fled, and the 26-year-old called the police “with the gun still in my hand.”

Tran was later found dead. He shot himself inside a white van in Torrance, several miles to the south, as police moved to arrest him.