Gold price was volatile at the start of the week following a break of a test of a major trendline and horizontal support. In Asia, the bulls are extending the surge from the latter part of Monday’s bullish correction and are taking up the $1,932s. At the time of writing, Gold price is trading at $1,932.10 and flat for the day so far. However, Gold price rallied from a low of $1,911 and into the peak formation set the prior week.

There were a number of contributing factors to the volatility at the start of the week, namely due to the sentiment with regard to the European Central, ECB, Bank and Federal Reserve, Fed. ECB Governing Council hawks have been calling for a 50bp rate hike. This has seen the Euro reach as high as $1.0927 vs. the dwindling US Dollar that enabled the Gold price to recover within choppy conditions. Additionally, there were lingering concerns about a recession in the United States and prospects of a less aggressive Federal Reserve.

European Central policymaker, Peter Kazimir, said on Monday that inflation easing was good news but added that it was not a reason to slow the pace of interest rate hikes, as reported by Reuters. Governing Council member Ignazio Visco also said on Monday that Italy can deal with the impact of a ‘gradual but necessary’ rate of monetary policy tightening. Governing Council member and Governor of Austria’s central bank Olli Rehn made some comments on the European Central Banks’ interest rates policy during their appearances over the weekend also as did  ECB governing council member Klaas Knot on Sunday, advocating steep rate hikes. “Expect us to raise rates by 0.5% in February and March and expect us to not be done by then and that more steps will follow in May and June,” Knot said.

An already downtrodden US Dollar took the brunt and the Gold price flourished with investors now awaiting US economic data due this week that could impact the Federal Reserve’s policy path. Traders are mostly pricing in that the Federal Reserve will raise rates by 25 basis points (bps) at the January 31 – February 1 policy meeting, after slowing its pace to 50 bps in December, following four straight 75-bp hikes. Meanwhile, the Gold price tends to benefit due to lower interest rates that otherwise decrease the opportunity cost of holding the non-yielding asset.

Gold price cleared out some of the long positions that had been building over the last couple of days and took on the trendline support as follows: 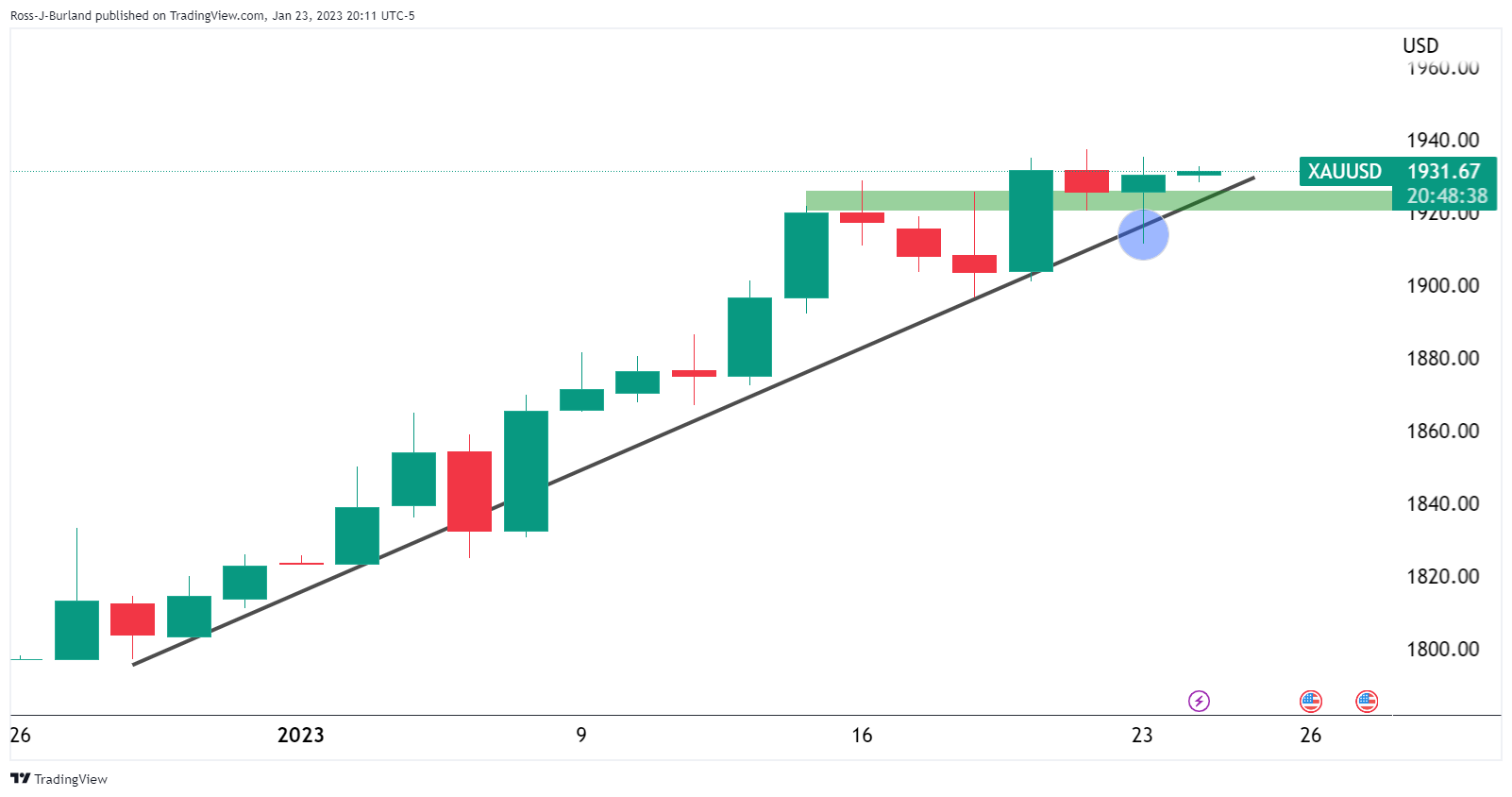 The breaks of the structure were not particularly significant given how quickly the bulls moved back in and how far the Gold price has continued to travel to the upside towards the prior highs. Nevertheless, there was two-way price action in Gold price for traders. Moreover, the break of the Gold price’s structure does however signify that the Gold price is vulnerable and developments for the week ahead will be critical: 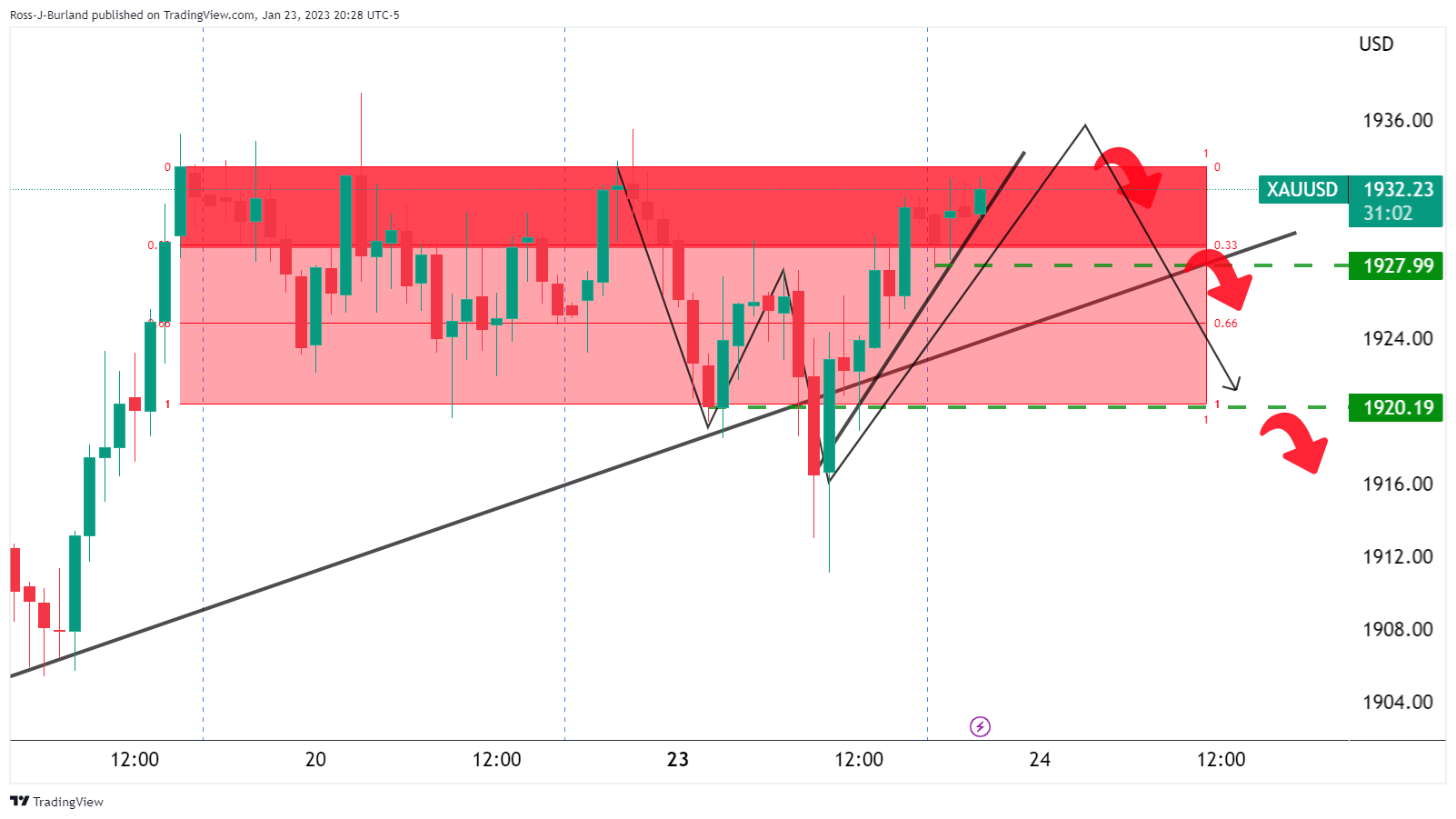