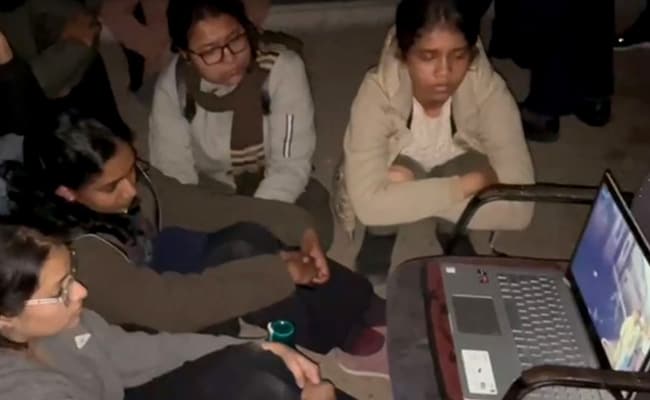 After the blackout, the students watched the documentary on their cellphones and laptops.

New Delhi:
Plans of some students to screen the controversial BBC series on PM Narendra Modi at Delhi’s Jawaharlal Nehru University went awry today as power and internet were cut off. Stones were thrown at those watching it on phones, allegedly by the ABVP.

Here’s your 10-Point cheatsheet in this big story: