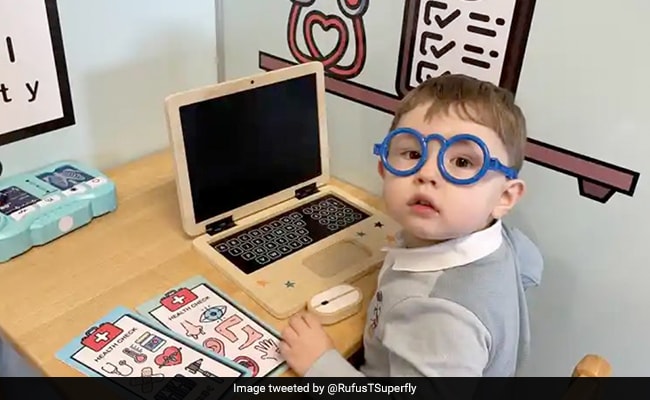 Teddy Hobbs, a four-year-old boy from Portishead, Somerset, who can read and count in seven languages, has become Britain’s youngest Mensa member, the BBC reported. Mensa is the largest and oldest high-IQ society in the world that accepts people who score at the 98th percentile or higher on an approved intelligence test.

Teddy taught himself to read while watching television and playing on his tablet at the age of two without his parents even noticing. The boy’s mother Beth Hobbs said Teddy learned to read when he was just 26 months old “by watching children’s television and copying the sounds of letters”. After that, the child prodigy progressed to learning how to count up to 100 in Mandarin.

He can also count to 100 in other non-native languages, including Welsh, French, Spanish and German. The youngster has little to no interest in games and TV and tends to relax with a word search, instead.

“He has always been interested in books so we made sure he had plenty around. But, during the lockdown, he started to take a real interest, and by the age of 26 months, he had taught himself to read. He then moved on to numbers and was learning times tables. We got him a tablet the following Christmas for him to play games on. But instead, he taught himself to count up to 100 in Mandarin,” Beth Hobbs told SomersetLive.

“He was playing on his tablet, making these sounds that I just didn’t recognize, and I asked him what it was, and he said, ‘Mummy, I’m counting in Mandarin,” she added.

Amazed and confused by his talents, his parents so got in touch with health visitors to ask them to assess him. Teddy, then aged three years and seven months old, had to undergo an hour-long online assessment with experts.

He was admitted to Mensa late last year after smashing an IQ test, scoring 139 out of 160 on the Stanford Binet test, and was in the 99.5th percentile for his age. Further assessments also revealed that at the age of three years and eight months, Teddy had the letter and word recognition of a child of eight years and 10 months old.

The young boy who starts school in September, received a certificate confirming his membership in Mensa, making him one of the youngest in the country to join the society.

Previous article
“He Had To Wait, But…”: Sarfaraz Khan On Suryakumar Yadav Making It Big For Indian Cricket Team
Next article
Greatest Regard For Defence Forces