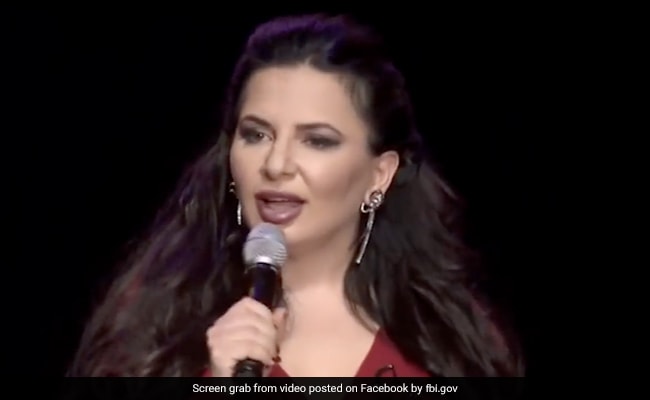 She’s also one of the most wanted fugitives in Europe

Ruja Ignatova, a 42-year-old woman dubbed the ‘Cryptoqueen’, features in the FBI’s 10 most-wanted fugitives for allegedly swindling millions of investors of more than $4 billion (roughly Rs. 31,580 crore) through the OneCoin cryptocurrency company she founded, CNN reported.

The fraud scheme began way back in 2014 when Ignatova defrauded billions of dollars from investors all over the world through her new company OneCoin. In 2016, she even made an appearance at London’s Wembley Arena, and touted OneCoin, as a lucrative rival to Bitcoin in the growing cryptocurrency market.

However, sixteen months later in October 2017, Ignatova boarded a plane in Sofia, Bulgaria, and vanished with the stolen money. She disappeared around the time US authorities filed a sealed indictment and warrant for her arrest. Her current whereabouts remain unknown with law enforcement agencies struggling to find any trace.

As per CNN, she hasn’t been seen since, and the FBI is aggressively searching her whereabouts. Of the 529 fugitives on the FBI’s list, she’s one of just 11 women, and the only woman in the top 10. She’s also one of the most wanted fugitives in Europe.

”On October 25, 2017, Ignatova traveled from Sofia, Bulgaria, to Athens, Greece, and may have travelled elsewhere after that.  She may travel on a German passport to the United Arab Emirates, Bulgaria, Germany, Russia, Greece and/or Eastern Europe,” the FBI circular says.

At the bottom of the FBI wanted poster is a note, “Ignatova is believed to travel with armed guards and/or associates. Ignatova may have had plastic surgery or otherwise altered her appearance.”

According to authorities, OneCoin was a pyramid scheme that defrauded people out of more than $4 billion as Ignatova convinced investors in the US and around the globe. Officials said that OneCoin was not backed by any secured, independent blockchain-type technology as other cryptocurrencies are. The US unsealed an indictment against her in 2019, charging her with wire fraud, conspiracy to launder money, and securities fraud.

”Ignatova and her partners “conned unsuspecting victims out of billions of dollars, claiming that OneCoin would be the ‘Bitcoin killer. In fact, OneCoins were entirely worthless … (Their) lies were designed with one goal, to get everyday people all over the world to part with their hard-earned money,” US Attorney Damian Williams, New York’s top prosecutor, said in a statement last month, CNN reported.

Ignatova is a German citizen but was born in Bulgaria, where her father was an engineer and her mother was a teacher. After studying European law at Oxford University, Ignatova landed a job in Sofia as a consultant for McKinsey & Company, the international management consulting firm.

“No Bigger Issue Than Your Statehood:” Rahul Gandhi In Jammu

Previous article
Muneeba Ali has a brain fade moment as she misses out on an easy run out
Next article
Mumbai News Live Updates: Have come together to protect national interests, says Uddhav Thackeray while announcing alliance with Prakash Ambedkar’s party