Tribal Business News Round Up: Nov. 28

This week in Tribal Business News, proposed certification changes to the CDFI Fund could be detrimental to Native CDFIs; a new report examines food sovereignty efforts; and the Whitehouse proposes a boost in funding for Native housing.

The Treasury Department’s CDFI Fund recently proposed changes to the CDFI certification application that would nearly shut out Native CDFIs from the fund altogether.

Pete Upton, the chairperson and interim CEO of the Native CDFI Network, said Native CDFI leaders are “shocked and puzzled” by the proposed changes.

Maintaining self-sufficient food supply chains is crucial to avoiding volatile markets and potential future disruptions for tribal communities in the wake of the pandemic, which only exacerbated longstanding food security issues. That’s according to a new report by Native-led research organization First Peoples Worldwide that discusses the crucial role supply chains play in keeping Indigenous communities fed and the related economic and business opportunities.

After many years of stagnant funding that’s caused buying power to diminish because of inflation, federal Native American housing allocations have increased in the past couple of years. But with the skyrocketing inflation of the past two years and the ground that needs to be made up from the level funding era, more remains to be done, Native housing advocates say.

November is  Native American Heritage Month in the United States. We feel like every month — and every day — is a reason for celebrating Native Americans and our heritage. That’s what we try to do here at Native News Online, with stories each day that celebrate, inform and uplift American Indian and Alaska Native people. Over the past year or so, we have been especially busy with three important reporting projects that are having an impact across Indian Country:

We hope you will join us in celebrating Native American heritage and history this November and invite you to consider the old adage that “Journalism is the first draft of history.” If you appreciate the voice Native News Online gives to Native American people, we hope you will support our work with a donation so we can build our newsroom and continue to amplify Native voices and Native perspectives.

Any contribution — big or small — helps us remain a force for change in Indian Country and continue telling the stories that are so often ignored, erased or overlooked.  Most often, our donors make a one-time gift of $20 or more, while many choose to make a recurring monthly donation of $5 or $10.  Whatever you can do, it helps fund our Indigenous-led newsroom and our ability to cover Native news. 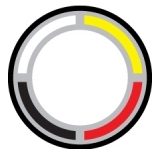 Author: Native News Online StaffEmail: This email address is being protected from spambots. You need JavaScript enabled to view it.

Native News Online is one of the most-read publications covering Indian Country and the news that matters to American Indians, Alaska Natives and other Indigenous people. Reach out to us at [email protected]