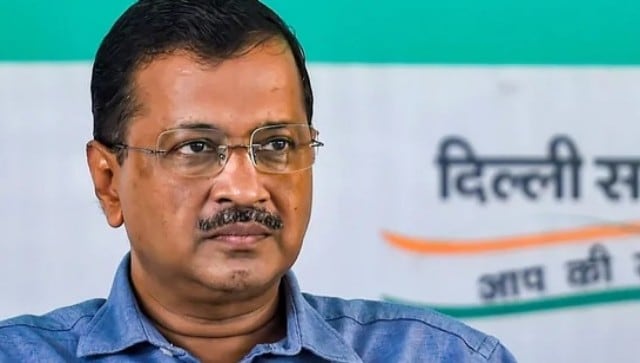 New Delhi: Aam Aadmi Party (AAP) supremo Arvind Kejriwal on Saturday shared a video of Bharatiya Janata Party’s (BJP) campaigner Yogi Adityanath calling him “a sympathiser of terrorism” during a poll rally in Gujarat. He also pitched himself as someone who stands for “development” as against the saffron party’s “politics of abuses and hooliganism.”

Taking to Twitter, Kejriwal retweeted a video shared by Yogi with the caption, “This specimen from the Aam Aadmi Party who has come from Delhi is actually a sympathiser of terrorism.” In the video, Yogi can be seen saying that the AAP leader had “opposed the construction of Ram Temple, and even south proof for the Indian Army’s surgical strike in Pakistan,” adding that corruption and terrorism are “the same thing.”

Sharing the video, the Delhi CM wrote in Hindi that roughly translates, “If you want dirty abuses, hooliganism, corruption, or dirty politics, then vote for them. If you want schools, hospitals, electricity, water, and roads, then vote for me.”

The AAP which won polls in Punjab earlier this year has mounted a high-decibel campaign in Gujarat to challenge the ruling party for 27 years, including Prime Minister Narendra Modi’s 13 years as Chief Minister.

Kejriwal has fielded former news anchor Isudan Gadhvi as the AAP CM candidate. He invested weeks in Gujarat speaking of “development” while making appeals to the BJP’s core Hindutva voters with demands such as Hindu gods’ pictures on currency notes.

Notably, the grand old party, Congress that increased its vote share in 2017, and has been running a low-key campaign or what they refer to as strategy. The party has refused to see the polls as a three-way contest while dismissing AAP as “just hype.” On the other hand, the BJP also perceives the election as a direct fight with Congress.