Zafer Mohiuddin, founder of Kathputliyan theatre group, is known for his signature Urdu and Hindi plays. Most plays directed by him deal with serious subjects including the Partition and complicated human relationships.

This time Zafer has directed a Hindi slapstick comedy, Pyaari Padosan. The play was originally written by a Marathi playwright, Suresh Khare. “It deals with the relationship between a husband, wife, and a new neighbour, which leads to misunderstandings and confusion between these characters, when the wife goes to visit her parents,” says Zafer. “We chose this play as it lends itself to comic situations.”

The architect-turned-playwright and director says, “I had not done a comedy for 20 years. This time, I decided to come up with a rib-tickler.”

The director has been a part of the theatre scene for over two decades and directed and acted in many plays. Besides this, he has also been part of Bikhre Bimbh with Arundhati Nag and written dialogues for the series Malgudi Days. 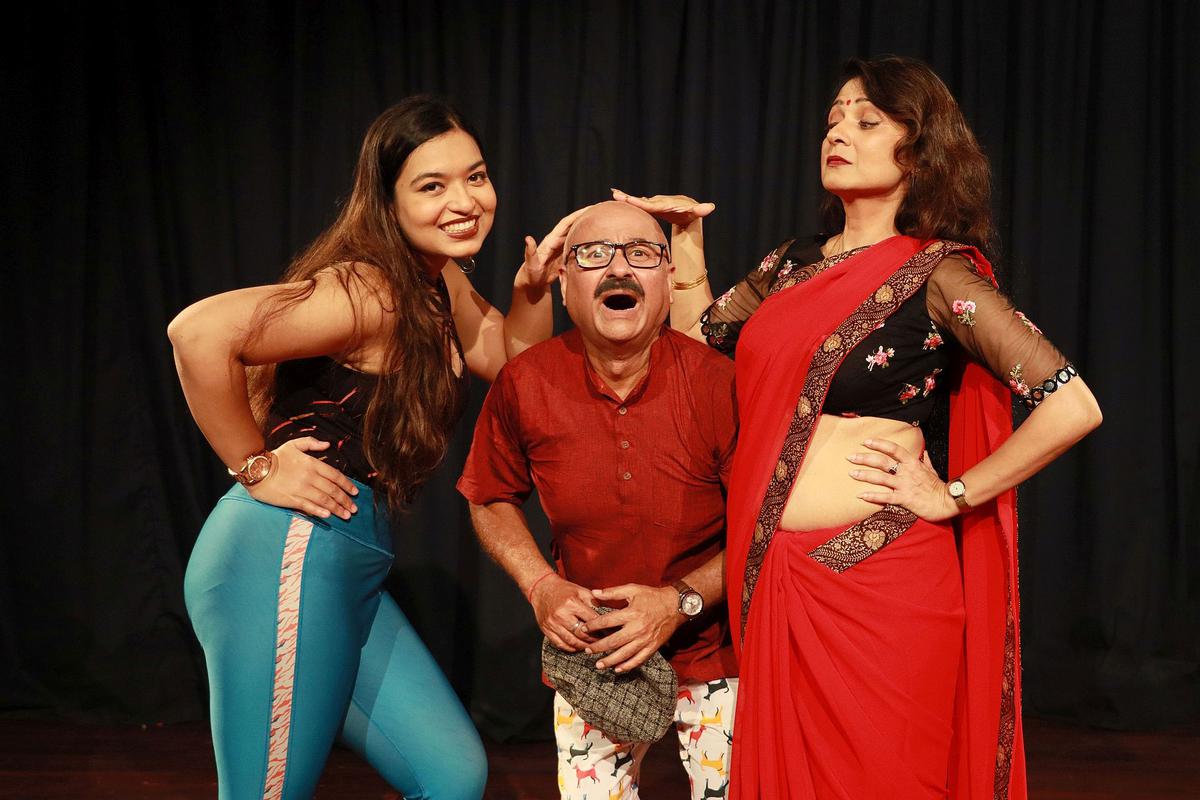 A still from the play

Zafer is thrilled that the theatre scene has come alive once again. “We were being suffocated within our four walls during the pandemic. Theatre groups have become active and people too have started venturing out to watch plays.”

Zafer says, “Most of us theatre practitioners, put in our own money into the production. We are still struggling for sponsorships. So, many of us work during the day so we can follow our passion for theatre during our free time. I only hope people and corporates will encourage theatre, classical music and dance. Without the right support, these arts will not be able to sustain themselves.”

Pyaari Padosan, will be staged on November 27 at 3.30pm and 7.30pm at Ranga Shankara. Tickets, ₹250, available on BookMyShow