“I’m Chandler. I make jokes when I’m uncomfortable.” Matthew Perry’s iconic line from 90s American sitcom  Friends fittingly drives his new memoir too.  Friends, Lovers, and the Big Terrible Thing, a clear-eyed confessional, is shot through with one uncomfortable revelation after another, in funny, conversational prose.

With a foreword by fellow  Friends star Lisa Kudrow, the book details his battle with drugs, alcohol and a compulsive personality. We follow him through raw, vivid accounts, in and out of de-addiction centres, some 60-70 relapses and the painful process of recovery. He’s come full circle — with this book he hopes to help others get sober, dedicating it to fellow “sufferers”. The memoir begins in 2018 when, at 49, he’s wheeled into an emergency surgery for an exploded colon due to overuse of opiates. He’s in a coma, with a 2% chance of survival. It would take him five months to be released from hospital, fitted with a colostomy bag. Some 14 surgeries later, he’s out with a riveting tale, wondering how he is still alive, still fast and furious with his droll one-liners. It would appear that the battle has been won, but only just.

How did he get here? He transports us to one of his saddest, most piercing memories: he’s five years old, boarding a plane from Montreal, where he lives with his mother, to Los Angeles to visit his father. He’s terrified of flying as an “unaccompanied minor”, thinking he’s going to die. “…One of you guys come pick me up! I was five. Is everybody crazy? The hundreds of thousands of dollars that particular choice cost me in therapy? May I get that back, please?” he quips. It was one of the many things, Perry writes, that led to a lifelong feeling of abandonment. Matthew Perry at a promotional event for his movie ‘Fools Rush In’ in New York, 1997.
| Photo Credit:
Getty Images

He rewinds further. It’s 1969. He’s a “colicky” baby who has been pumped with a barbiturate so he stops crying and drops off to sleep. “I was noisy and needy, and it was answered with a pill”, which led to, among other health disasters, a sleep disorder that continues to this day. With his parents divorced, he slipped into the role of the “man of the house” where he believed “he needed to entertain, to delight, to make others laugh” just to be seen. With a deep void growing within, it also sowed the seeds of a performer and what would be known widely as ‘Chandlerspeak’. 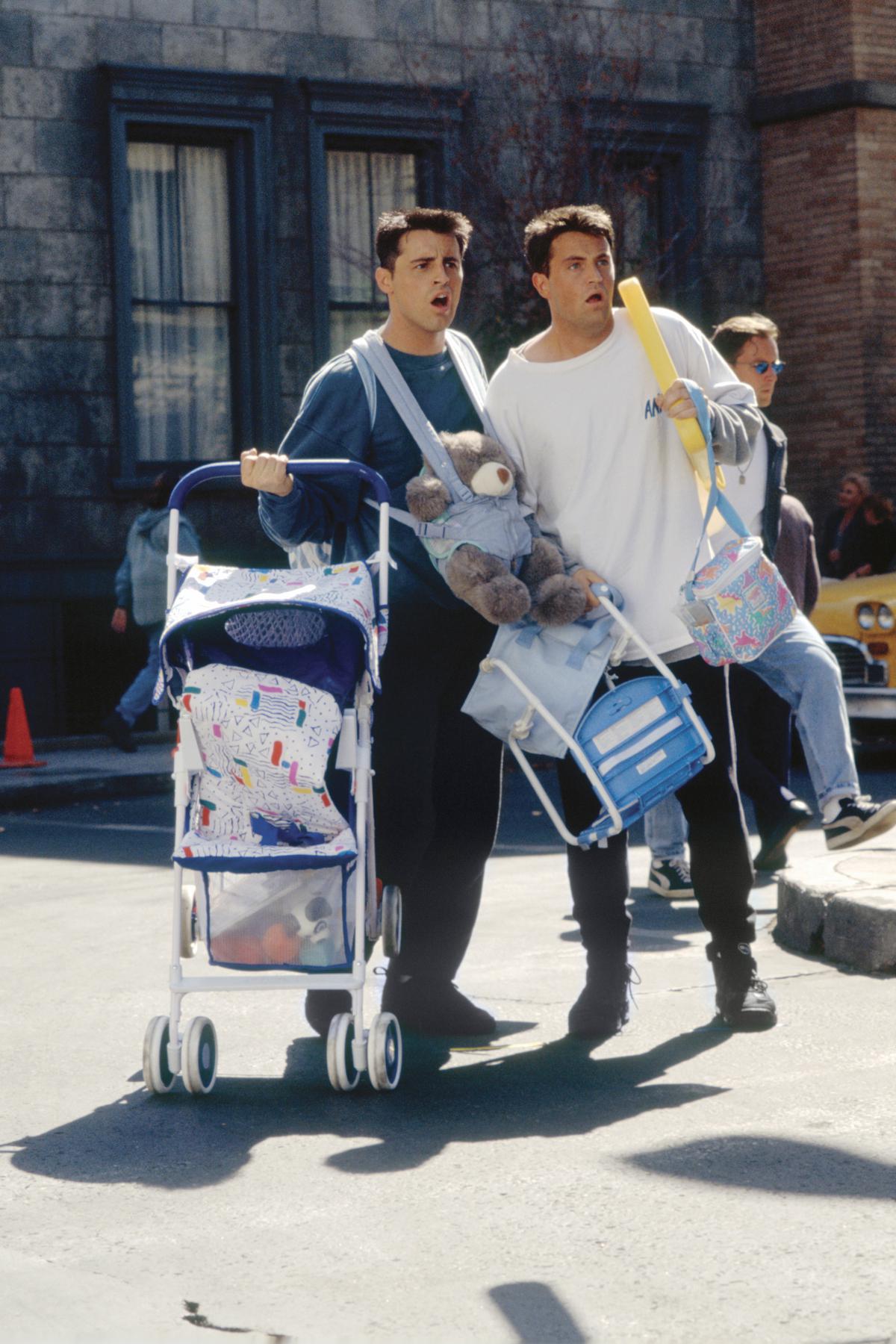 We jump between episodes past and present: as he grows up in Canada, becoming a nationally ranked tennis player, he’s also sipping his first drink, and later moving in to his father’s home in Los Angeles and landing acting gigs and the career-defining  Friends. The disease spins out of control. We cut to scenes from his present phase of recovery and sobriety. In between, there are flashes of the various perks of fame and money: lovers, Julia Roberts included, sexual escapades, compulsive home-buying and other excesses. But these parts feel rushed. We spend less time with Perry on the sets of  Friends and his films ( Fools Rush In,  The Whole Nine Yards, etc.) and more on his frantic hunt for drugs: at one point, he was on 55 pills of Vicodin a day and vodka by the bottle. Perry isn’t as invested in detailing his starry career as he is in unpacking his life through the lens of his catastrophic addiction, while tying the pain of his childhood to his rocky adult years, where he finds himself incredibly rich, the centre of attention, flitting between addiction and sobriety, but still alone and lonely. This isn’t to say there aren’t behind-the-scenes tidbits that one looks for in celebrity memoirs: he tells us how his different addictions mapped his physicality through  Friends, how at his highest career peak he was personally at his lowest, how he managed to get the last line on the finale of the show.

In turns self-deprecating, self-pitying, ingenious, with a touch of newfound spirituality and tinged with gratitude, it’s all in good humour (barring a couple of nasty bits, including one that has stirred up a bit of a storm, where Perry talks about some talented actors dying tragically early yet “Keanu Reeves still walks among us?”).

Perry is a pretty wild storyteller with a brand all his own, turning a harrowing story into a compulsively engrossing book. For a generation that grew up on an insatiable diet of  Friends, this writer included, Perry’s memoir is a disenchanting, heartbreaking read but strangely comforting too.

The reviewer is a journalist and the co-author of ‘Sleeping Like A Baby: The Art and Science of Gentle Baby Sleep’.

Why is India witnessing measles outbreaks in kids

Explained | SEBI’s measures to tackle incorrect information in the market