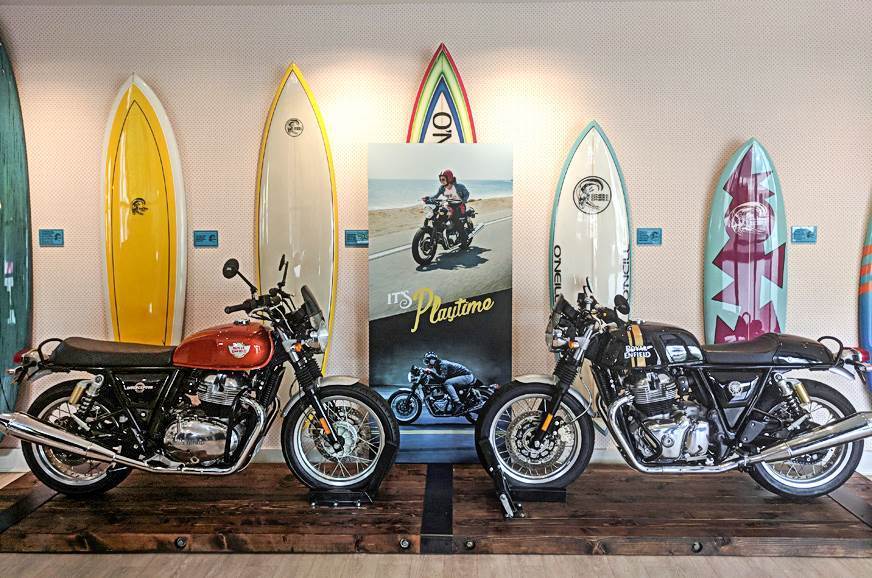 Royal Enfield dealers have begun taking bookings for the upcoming BS6-compliant versions of the Royal Enfield Interceptor and Continental GT 650 motorcycles. Dealers suggest that these models will cost around Rs 10,000-15,000 more than their outgoing BS4 counterparts. Deliveries for these bikes are set to begin next month.

To give you an idea, prices for the BS4 Interceptor starts at Rs 2.65 lakh and goes up to 2.86 lakh. Once the model does get BS6-compliant its starting price will go up to around Rs 2.75-2.80 lakh. Meanwhile, the top-spec Interceptor could cost close to Rs 3 lakh. The prices for its Continental GT 650 sibling are expected to go up by similar amounts.

Dealers also tell us that we could see the BS6-ready versions begin reaching dealerships as early as next week. However, deliveries are only said to begin after around 25-30 days.

The Himalayan was the most recent Royal Enfield to be updated for the latest Bharat Stage 6 emission norms. The 411cc, single-cylinder adventure bike lost 0.2hp with the new BS6 engine and exhaust setup. We could see something similar happen with the company’s 650 twins, since changes made for BS6 compliancy are quite restrictive.