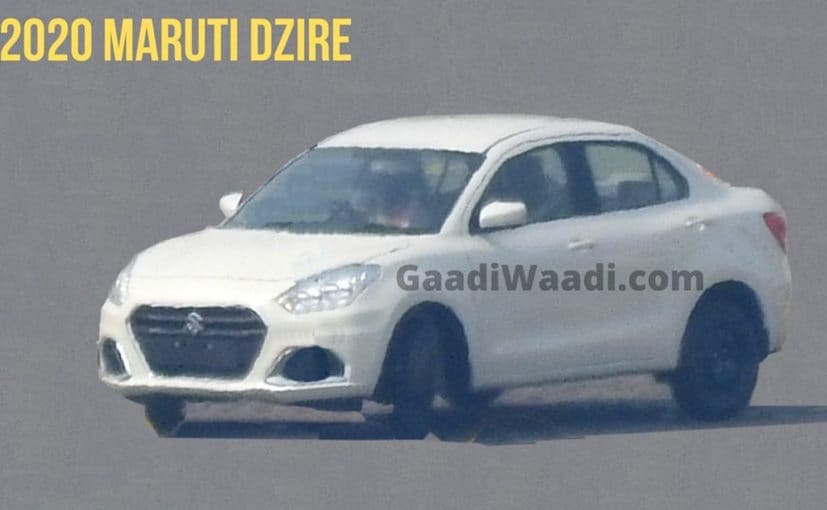 A new image of the 2020 Maruti Suzuki Dzire facelift has surfaced online, and for the first time, we get to see that car without camouflage. Now, the spy photo might not be the clearest one, but we do get to see some of the design updates that the car will come with. The facelifted Dzire gets a heavily updated face featuring a new, larger single-frame hexagonal grille that comes with horizontal slats and the ‘Suzuki’ logo at the centre while the number plate housing positioned below. The bumper too has been updated with bigger, sharper housings for the foglamps, however, the bonnet and the headlamps look very much unchanged.

The Maruti Suzuki Dzire in the image appears to be the entry-level variant, so we only get to see halogen headlamps, and black steel wheels, along with body-coloured door handles and ORVMs. The overall design of the profile, however, looks identical to the existing pre-facelift model. We do not get to see the rear section of the car in these images, however, we expect to see a slightly updated rear section with revised taillamps and rear bumper. The second-gen Maruti Suzuki Dzire was introduced in May 2017

The cabin too is likely to see some minor upgrades in terms of styling tweaks, but we do not expect anything too drastic. The Dzire facelift, however, is likely to feature the new SmartPlay Studio 2.0 that has been introduced with the updated 2020 Vitara Brezza petrol and Ignis facelift.

The 2020 Maruti Suzuki Dzire is likely to arrive after the BS6 shift happens and will be a petrol-only vehicle. Currently, the car is powered by the tried and tested 1.2-litre K-Series petrol engine that is already BS6 compliant. The motor is tuned to make 82 bhp and 113 Nm of peak torque and comes mated to a 5-speed manual and an optional AMT unit. Right now the car also comes a diesel option, powered by the 1.3-litre DDIS oil burner, however, come April 1, 2020, that will no longer be on sale.